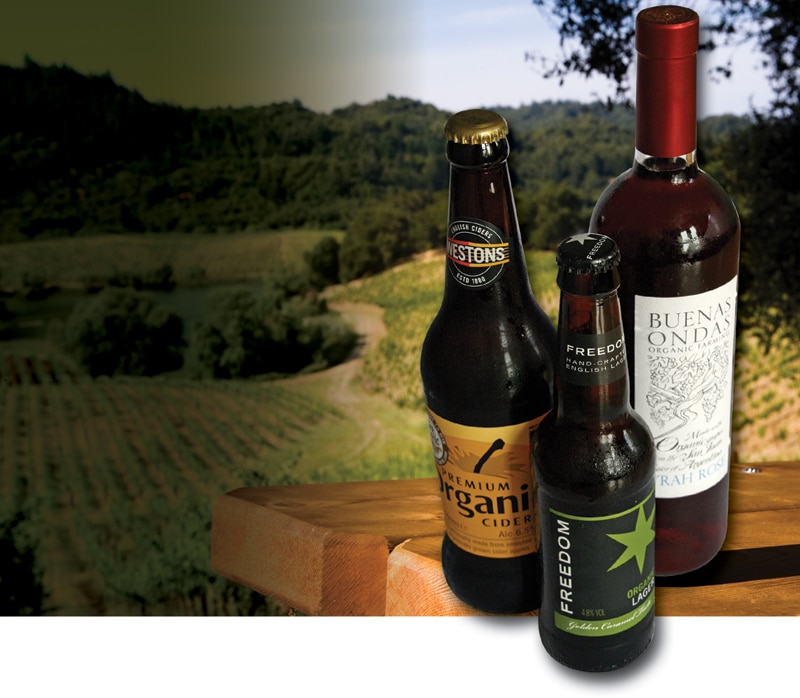 Fairtrade spirits, organic wines and allergy-free beers are the order of the day in the alcoholic drinks sector, writes Julia Brandon

A new year, a new government, but still Britain’s retailers are dealing with the day-to-day effects of a country in recession. As one of the few buoyant categories, the alcoholic drinks sector has always been deemed to be pretty much recession proof, but according to market resear-cher, Global Information Inc., even spirits, wine and beer experienced a drop in sales during 2009.

With multiples reportedly dropping their prices of alcoholic beverages to an all time low in a bid to encourage summer time profits, independents would do well to capitalise on growing trends, such as vegetarian, gluten-free, and Fairtrade alcohol. And the growing potential of the online drinks market — reported to be worth an estimated £745 million in 2009 — provides retailers with a new competitive route to market.

As with the organic food market, it is the provenance of the ingredients, and an emphasis on local sourcing that has captured the attention of consumers. With the sector apparently bolstered by celebrity-led campaigns for local sourcing, manufacturers have responded to the demand accordingly. Aspall, for example, a multi-award winning premium organic cider producer, highlights the fact that its fruit is sourced from its own 90-acre orchard in Suffolk, as well as working closely with apple growers in the East Anglian area in order to “ensure long-term sustainability”.

An interest in provenance of ingredients, as well as social and environmental issues, however, is not limited to the apple orchards. The growing appeal of premium, organic and Fairtrade spirits is one of the most recent developments within the alcohol sector.

The Organic Spirits Company produces the multi-award winning Juniper Green Gin and UK5 Vodka, both of which exemplify the types of premium drinks that are bought by a widening demographic of shoppers who enjoy the taste of organic wines, beer, and spirits, says Chris Parker, managing director:

“Typical shoppers of organic spirits include consumers whose lifestyle contains organic whenever possible,” he says. “Our Papagayo Rum range is both organic and Fairtrade, and our labels emphasise both consumer benefits. We are currently working on an Organic Tequila, which is a strong new product possibility for next year, and we would love to develop more Fairtrade spirits and are investigating all possible developments.”

FAIR Vodka, menawhile, produced by the Fairtrade Spirits Company, launched in the UK last year, and is the only vodka in the world to be produced using Fairtrade quinoa. As an added bonus, the Fairtrade cooperative where the protein-rich quinoa is sourced from also happens to be certified organic, which means FAIR vodka also benefits from the fresh flavour and rich distillation process akin to organic vodkas.

“The quinoa grain gives our vodka an incredible roundness of flavour, which includes hints of milk, butter, raspberry and a slight spiciness,” says spokesperson Camille Marchand. “We could never achieve the same complexity of flavour using wheat or potato.”

Product developments in 2010 for the Fairtrade Spirits Company incl-ude its recently launched Goji Liqueur, as well as FAIR Café, a Fairtrade coffee liqueur made using organic and Fairtrade coffee.

The main focus with organic wine production is on safeguarding the environment. Grapes are one of the most heavily sprayed crops in the world, the effect of which sees chemicals, fertilisers, and other pollutants leached into the water and soil. Organic vineyards use only organic fertilisers, such as copper, sulphite and bentonite, as well as carrying out balanced pruning and natural parasite control.

But the benefits of organic wine are also felt more personally than that. All wines are treated with sulphur dioxide to help prevent deterioration in taste, but most organic winemakers tend to add far less than is routine practice. Many people react badly to sulphur and get headaches, so it is fair to say that the consumption of organic wine is less likely to result in a hangover.

And for the vegetarian and vegan community, it is the animal-free methods used during the fining process that makes a difference. Fining is necessary to remove proteins, yeast and other items in suspension in the wine. The most common agents used during the fining process are isinglass (obtained from fish swim bladders), gelatine, casein, chitin (derived from the shell of crustaceans), and bentonite.

Bentonite, which is a type of clay, is suitable for vegetarian and vegan consumption, as is plant casein and synthetic polymers, and newer methods, such as centrifuging and filtering are becoming more popular. The problem is, however, that due to the current Food Labelling Regulations, drinks with alcohol content over 1.2% by volume are not required to list all ingredients.

Online wine specialists, such as Vinceremos, which lists over 300 wines (the vast majority of which are suitable for vegetarians), make a point of obtaining information regarding fining agents from the producers, therefore keeping its consumers informed at all times. In addition, Vinceremos offers a 5% discount for members of the Vegan Society on all its stock.

Brewing up a business

According to Mintel, the UK is one of the largest producers of organic beer in the world, but while this is good news for organic and veggie consumers, for an increasing number of shoppers with an allergy to alcohol there are far more serious issues to contend with.

While an allergy to ethanol is rare, a number of alcoholic drinks contain ingredients, such as gluten and wheat, which can severely affect those suffering from a wheat intolerance or coealic disease.

Gluten and wheat are more commonly found in beer and cider. Spirits are less problematic due to the distillation process that they go through. The gluten-free beer and cider market, however, is a growing trend, and one that Green’s Gluten Free Beers based in West Yorkshire is capitalising on. Its Premium Golden Ale and Premium Pils are brewed with natural spring water and made using a blend of de-glutenised barley malt and hop varieties.

“The specialist beers are brewed with a strong body, crisp taste and a refreshing flavour, losing none of the taste but all of the allergens,” says a Green’s spokesperson.