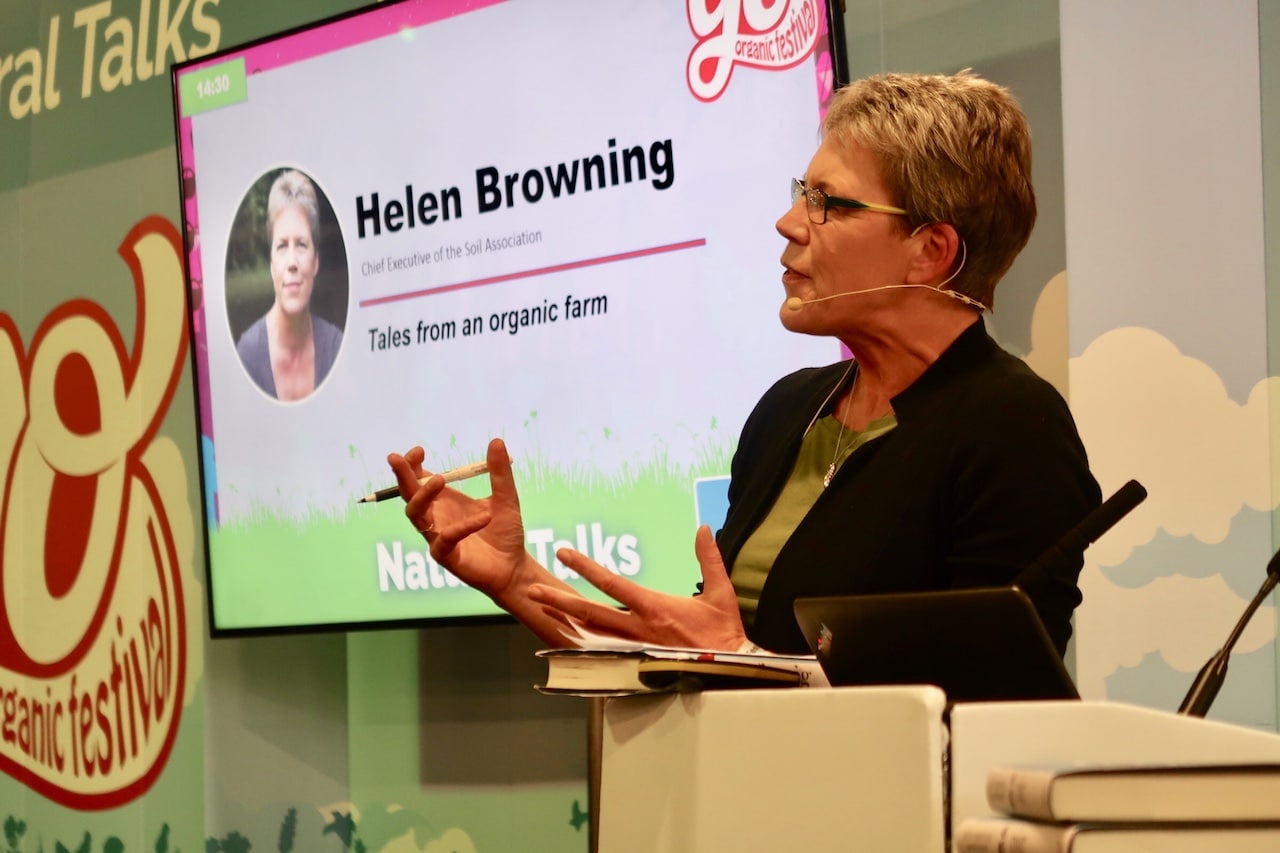 A no-deal or hard Brexit would be a ‘complete catastrophe’ for UK organic exporters, a prominent organic business leader warned last weekend.

The warning came from Helen Browning, owner of a £6 million organic pork business, in an interview with the BBC’s Weekend at One programme, recorded at GO! Organic Festival in London’s Battersea Park.

Without a deal with Brussels, the UK will have to renegotiate organic trading terms with the EU from the position of ‘third country’ status, a process that could take the best part of a year.

Browning – also chief executive of the Soil Association – told the BBC’s Mark Mardell: “We know from our time through the foot and mouth crisis, when we also couldn’t export, that it brought us to our knees. So the idea of going into that level of uncertainty is really daunting. It would be as bad as foot and mouth, where we couldn’t trade for six months and which was a complete disaster. It took six years to recover the losses we made.

We’re facing at least nine months of not being able to trade with our EU partners, and that’s a complete catastrophe

“We had to stock pile huge amounts of products, which is what we’d have to do in this instance until exports were freed up again.

“We’re facing at least nine months of not being able to trade with our EU partners, and that’s a complete catastrophe.”

Greg Pilley, managing director of organic beer producer Stroud Brewery, told the BBC: “While we don’t have a large export business, what we do export goes to Europe. Currently it couldn’t be more simple.

“I would be so disappointed if there wasn’t some deal. And, personally, I think the best deal would be if we didn’t leave Europe. It’s not perfect, but there’s a dialogue, there’s a system, and through that dialogue we’ve created all sorts of things that make life easier – like common standards, and an ability to export with very little paperwork.”