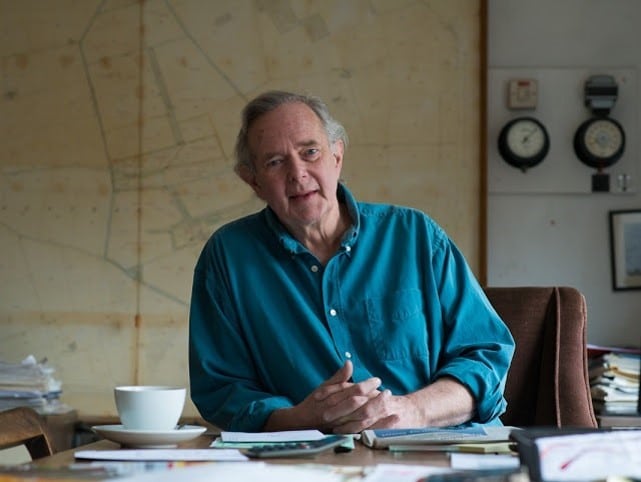 Tributes have been paid to Peter Melchett, the environmentalist, organic farmer and former Government minister, who has died aged 71.

An organic farmer since 2000, Peter Melchett had been policy director at the Soil Association since 2002 and was responsible for launching the organic charity’s highly successful school food programme Food For Life. Previously, he had been executive director at Greenpeace, where he played a key role in orchestrating the environment group’s global campaign on GM crops. In an earlier political career he served in two Labour governments, becoming Minister of State at the Northern Ireland office in 1976 at the age of 28.

The BBC described him today as a “giant of British environmentalism and organic farming”. The  environmentalist Jonathon Porritt called him a “consummate  campaigner – at Greenpeace and the Soil Association – and a wise and compassionate advocate for everything that really matters, and a true friend.” The Conservative and green campaigner,  Zac Goldsmith, said he was “a brave, brilliant and committed environmental campaigner, and good friend.

Talking to the BBC’s Farming Today programme, organic farmer and close friend of Peter Melchett, Elizabeth Buchanan, said: “Peter made a huge impact on organic farming, but the bigger point is that he made a massive impact on agriculture generally.

“The extraordinary thing about Peter was that he was so establishment – Old Etonian, Cambridge – but an establishment figure who became this radical campaigner. He was also a friend to so many of us in the organic community. So many people I’ve spoken to are feeling this loss so deeply – Peter was gentle and kind, as well as a brave and passionate fighter for what he believed in.”

“We are so saddened by the death of Peter Melchett, Policy Director at the Soil Association and true champion of the organic movement. Alongside his Soil Association role, he ran his family’s  890-acre organic farm in Norfolk, with cattle, sheep and arable crops. He was an extraordinary man with incredible knowledge across a wide range of subjects, ranging from beef farming to sustainable cosmetics! A true campaigner all his days, he will be greatly missed by all his Soil Association colleagues.”
Soil Association statement

What I’m made of: Peter Melchett

• Please tell us about your memories of Peter using the comment box below and we will post selected tributes to the ‘Remembering Peter Melchett thread’ above.