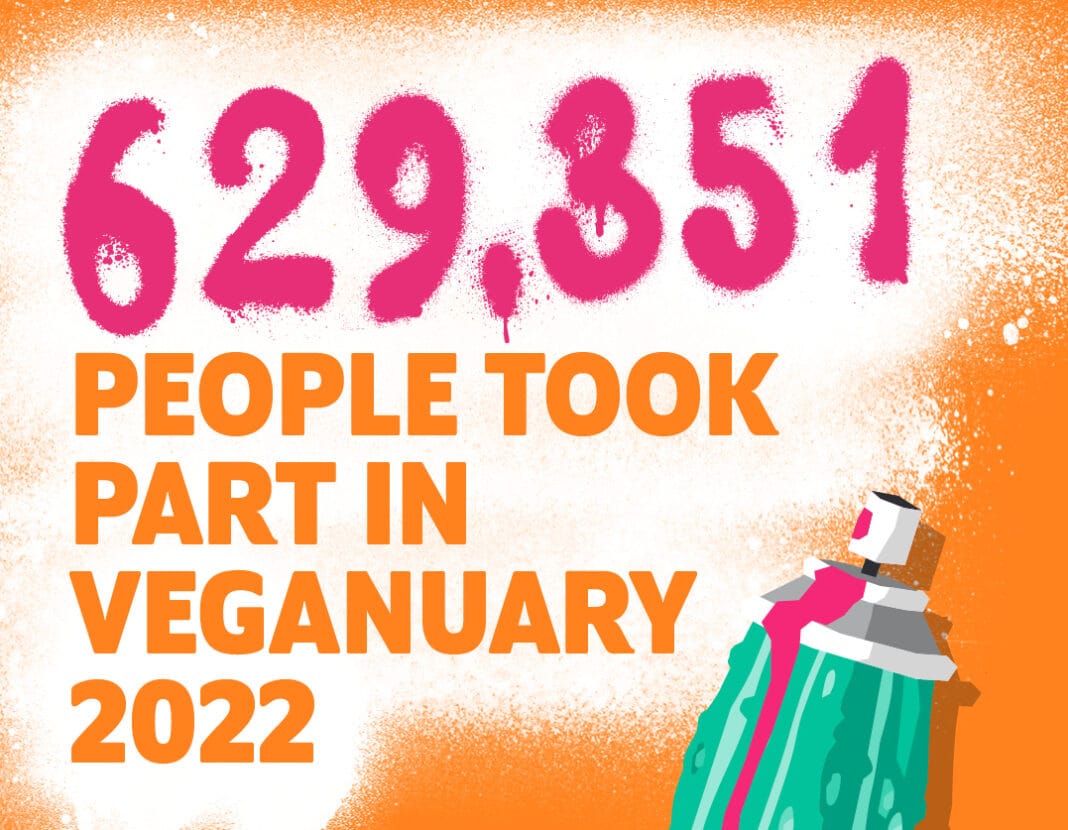 The Veganuary campaign has announced its biggest year in 2022 with over 629,000 sign-ups spanning almost every country in the world.

Just two countries are missing from the official sign-up list: North Korea (where Internet use is not permitted) and Tajikistan.

Over 629,000 people from 228 countries and territories signed up to take part in the 31-day annual vegan pledge, allowing the organization to declare this ‘the biggest Veganuary ever’.

For the first time, 2022 saw the US top the list, with the UK a close second.

Veganuary’s head of communications, Toni Vernelli, reflects on the campaign’s boosted global success: “It is incredibly inspiring to see Veganuary taking hold around the world, especially in countries such as Argentina, Brazil and the US where per capita meat consumption is amongst the highest in the world.

“As more people become aware of the incredible impact our food choices have on the health of our planet, attitudes towards veganism are changing everywhere and Veganuary’s growing global popularity reflects this shift.”

It is incredibly inspiring to see Veganuary taking hold around the world, especially in countries such as Argentina, Brazil and the US

Its growing popularity is being reflected on-shelf too, with at least 682 new plant-based products and menu items launched in January in the UK alone: Babybel and Philadelphia introduced vegan versions of their classics; Kirspy Kreme donuts brought three vegan options to market; fast food outlets such as McDonald’s, Burger King, KFC, Nando’s, Domino’s, Papa John’s and Pizza Hut all have established plant-based options on their menus; and Wagamama now serves vegan fish and chips.

In the coffee shop sector vegan sandwiches have made it into the chillers at Caffè Nero and Costa, while Starbucks has permanently dropped its plant milk surcharge.

Supermarket giant Tesco reports a year-on-year growth in sales of 127% of its Wicked Kitchen line. Chef Derek Sarno, co-founder of the plant-based range, comments: “Hats off to Veganuary for making 2022 their biggest year yet! It’s amazing that this movement has inspired more than two million people to try eating vegan for a month since it began. Wicked Kitchen is proud to support and partner with such an influential group of game-changers. To those of you who gave 100% plant-based eating a chance this year: thank you. Keep going!”