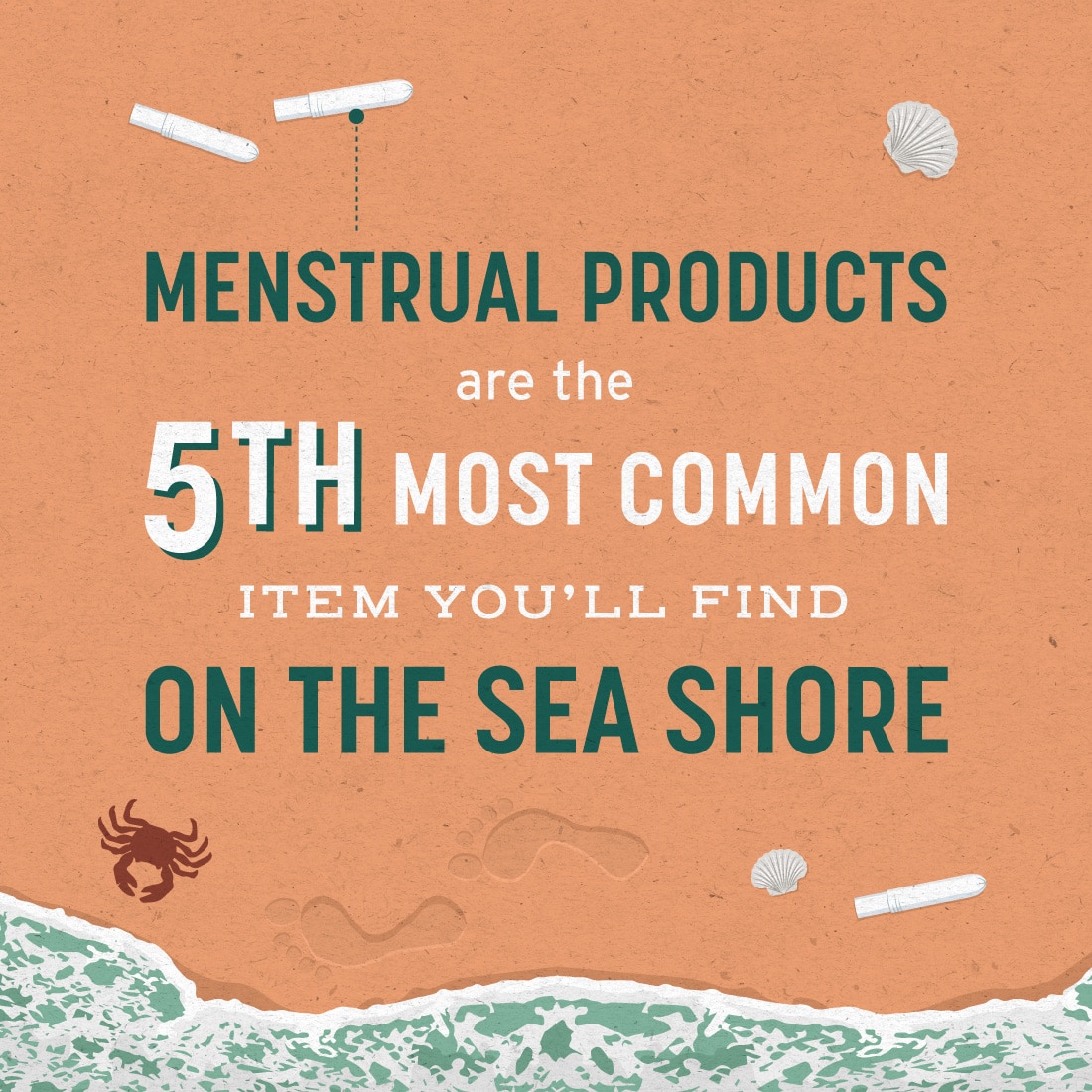 Research published by The Greenpeace Research Laboratories (the Science Unit of Greenpeace International) has revealed that women are being misled by greenwashing claims made by menstrual product brands.

Three of eight tampon applicators researchers tested were marketed as being made from plant-based plastic, but were found to be polyethylene – the same material from which plastic bottles, toothbrushes and conventional tampon applicators are made.

“Whether they were made from oil or from plant-based feedstock, the tampon applicators we tested were still the same old plastic,” explained Dr David Santillo from The Greenpeace Research Laboratories. “Polyethylene made from plant-derived carbon is still polyethylene, meaning that the applicators in the organic-labelled products we analysed will likely persist in the natural environment in exactly the same way as ‘conventional’ plastic applicators. The fact that consumers are being sold these products as a positive environmental choice is misleading and must be addressed.”

Whether they were made from oil or from plant-based feedstock, the tampon applicators we tested were still the same old plastic

“It’s such a shame that during a time when we need to band together to make changes that help the environment, cynical, profit-driven businesses are exploiting people’s will to do the right thing,” adds Natracare founder Susie Hewson who developed the world’s first organic, plastic-free tampon in 1989.

“If something isn’t broken, don’t fix it. Where is the need for a plastic tampon applicator, if cardboard applicators work fine and don’t leave a lasting mark on the planet? Natracare’s tampon applicators have always been made from cardboard – and always will be. That’s because we designed our products with the environment in mind. Not because it’s profitable or fashionable, but because it’s the right and only thing to do.”

When the brand asked consumers what they thought when they read the words ‘plant-based plastic’ 78% thought that it meant ‘a compostable and biodegradable alternative to plastic’.

Natracare has launched an online campaign to highlight greenwashing in the global menstrual product industry and position its tampons as a solution.