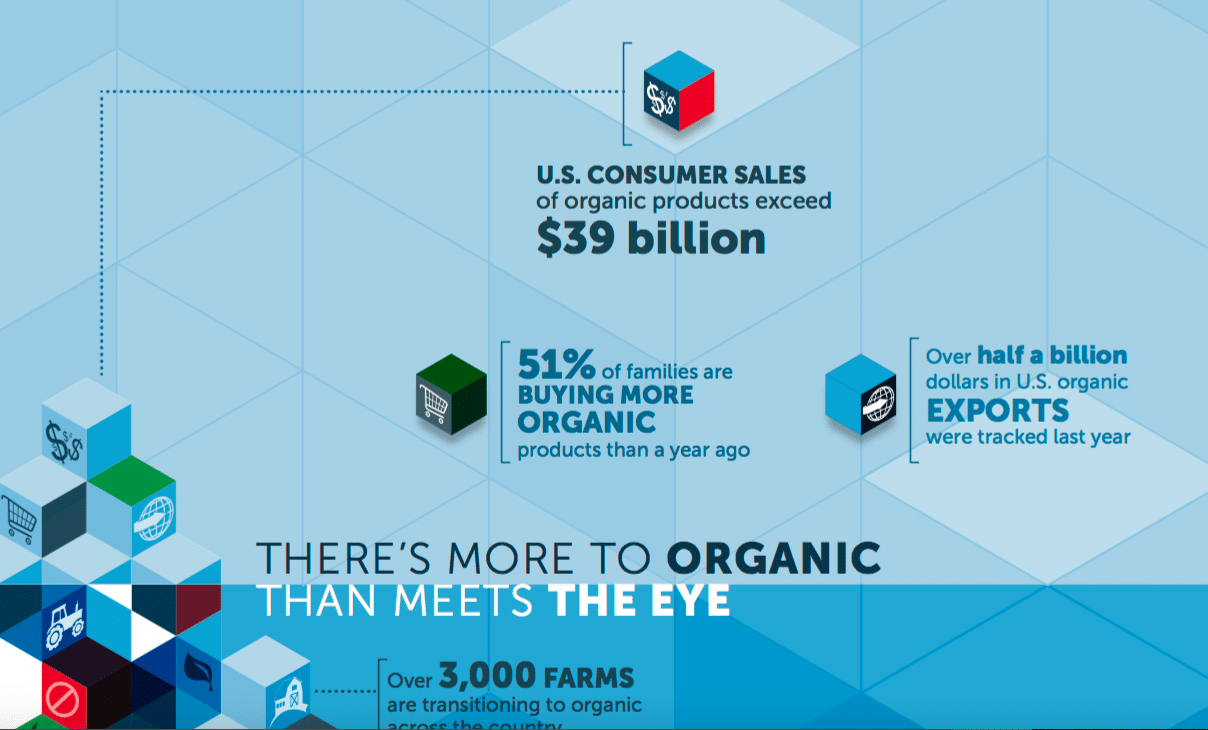 A $1 billion US Department of Agriculture (USDA) investment programme for local and regional food businesses and networks is helping the country’s organic sector to maintain double-digit growth.

Worth around $40 billion, the US organic market is the largest in the world. It has achieved continuous double digit growth since 1997.

“Organic food is one of the fasting growing segments of American agriculture,” said Agriculture Secretary Tom Vilsack. “The increasing number of organic operations shows that USDA’s strong support for the vibrant organic sector is helping to create jobs and opportunities in rural communities.”

According to data released from the US National Organic Program (NOP), the number of domestic certified organic operations increased by almost 12 percent between 2014 and 2015, representing the highest growth rate since 2008 and an increase of nearly 300 percent since the count began in 2002. The total retail market for organic products is now valued at more than $39 billion in the United States and over $75 billion worldwide.

USDA has also helped organic producers find technical and financial resources to help them grow domestically and abroad. And in 2015, USDA made more than $11.5 million available to assist organic operations with their certification costs.

Commenting on US organic picture, the chief executive of the Soil Association, Helen Browning, said: “This latest market report confirms that it continues to be a very positive time for organic food and farming. The USA is the world’s largest organic market, helped by strong government leadership including encouragement from Michelle Obama.  The continued growth of organic in the US is mirrored in other leading organic countries from China to Germany. Meanwhile in the UK, the organic market is in steady growth and is set to break the £2 billion mark this year.”