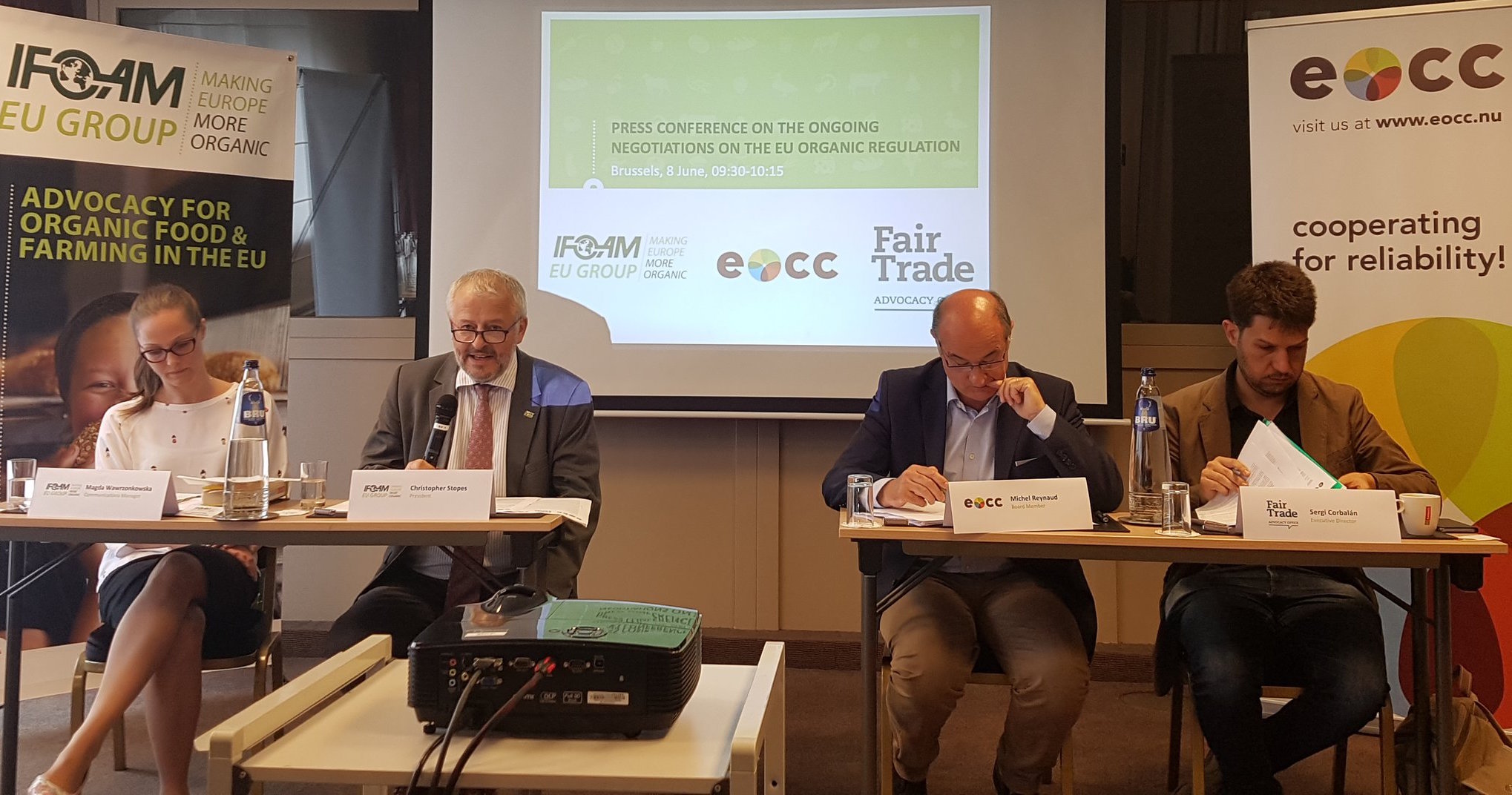 Key players in the organic and fair trade movements warned last week that current proposals for revision of the EU Organic Regulation would undermine a flourishing European organic food and farming sector and penalize farmers in developing countries.

Ahead of a key meeting of the Council of Agriculture Ministers of 12 June, IFOAM EU, the European Organic Certifiers Council (EOCC) and the Fair Trade Advocacy Office (FTAO), said that, far from creating added value to the existing legal framework for organic in the EU, a revised Regulation – as currently framed – would bring a “lose-lose situation for institutions, organic operators and consumers”.

At a joint press briefing in Brussels, IFOAM EU, EOCC) and FTAO said the current approach fundamentally failed to fulfill the objectives of the revision process – removing obstacles to the development of organic production in the EU, guaranteeing fair competition, maintaining consumer confidence and simplifying the legislation and associated bureaucracy.

“The future regulation must be technically sound and provide significant added value compared to the current legislation. A win-win situation is still possible by integrating in the current Organic Regulation those aspects discussed during the negotiations that would be expected to lead to a positive development of the organic sector” said IFOAM EU president, Christopher Stopes. “Continuing with ‘negotiation-as-usual’ will not meet the real needs of organic producers and European citizens.”

He added: “As for the most discussed item so far, the presence of residues in organic products, it is important to start the debate from a clear and objective fact: today, organic products are often residue-free and rarely contain some residues due to the fact that 95% of EU agriculture relies on the use of chemical pesticides. Organic farmers should not be considered responsible when organic products are contaminated by the chemicals used by their neighbours: the polluter-pays principle must not be turned upside-down.”

“It is crucial that the final text is readable, consistent and easy to implement” added EOCC board member Michel Reynaud. “This is not the case at the moment: the text is not technically consistent and clear at this stage. This will cause many problems in implementing it in the future both for the Member States and the certifiers. Particular attention needs to be paid to the control system and the import regime, these are key to maintaining consumer confidence.” He added: “It should be clear that organic is based on a process approach and it cannot be delegated to a simple tool – the laboratory test – whether a product is organic or not.”

“Although Western Europe and North America represent 90% of the global organic market, when it comes to the consumption of certified organic products, Africa, Asia and Latin America are home to 82% of the certified organic farmers. These producers are mostly smallholders exporting to developed markets” said FTAO executive director, Sergi Corbalan.

“The current proposal sets a double-standard for different countries: the EU will accept differences in rules from the US, Canada or Japan whilst it will be very strict with countries in the global South even if their organic standards are often equivalent to the EU ones. Therefore, for a US organic farmer it would be very easy to export to the EU, whereas a farmer from Uganda would have many more costs and a heavy administrative burden to bear. A new and fairer solution needs to be found urgently to address this double-standard. The European Union must stand to its commitments that its trade and agriculture policies will contribute, rather than hinder the global partnership to achieve the United Nations Sustainable Development Goals by 2030”.