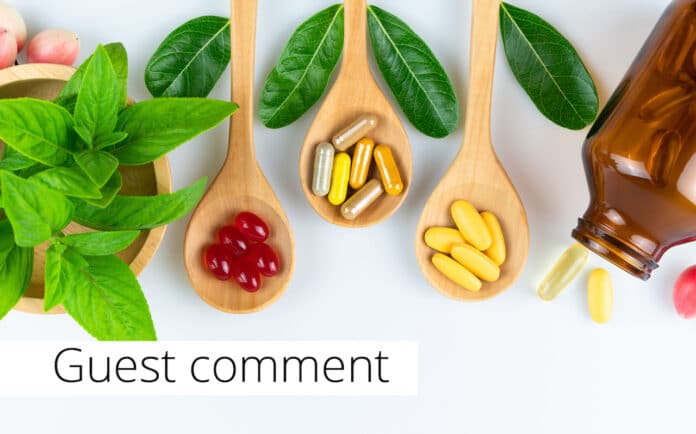 With the news that a COVID-19 vaccine might be available as soon as the beginning of December, where does that leave research into the effects that vitamin D supplementation might have – not just in terms of it contributing to overall immunity and any influence on morbidity and mortality caused by this virus, but beyond this short-term fascination?

Only in April did the Government update its advice on vitamin D supplementation to help protect bone and muscle health, urging everyone to take a daily 10μg supplement to mitigate the effects of reduced time outdoors as a consequence of lockdown. The benefits of supplements were emphasized for people from BAME backgrounds, who may not get enough vitamin D from sunlight.

We take a look at the latest data behind vitamin D and its role as a nutrient hero beyond the world of COVID-19 and vaccine discoveries:

Two rapid reviews by public health agencies in England concluded there was insufficient evidence to determine whether vitamin D supplementations could have a role in reducing the risk of respiratory tract infections, including COVID-19.

In contrast, a third rapid review – from the Royal Society – concluded that vitamin D deficiency is associated with an increased risk of respiratory viral infections and that it is ‘biologically plausible’ that vitamin D deficiency may contribute to susceptibility to COVID-19 infection. This hypothesis was built across the dietetic science thinking that such a deficiency is likely to cause immune dysregulation, which may reduce the first line of defence against COVID-19.

As a result, the researchers called on the Government to provide a stronger public health message around existing recommendations for vitamin D intake, and for more research into whether vitamin D deficiency might contribute to increased COVID-19 risk seen in elderly and BAME groups.

Added to this, since April there have been a significant number of studies from around the world examining the possible association between vitamin D status and susceptibility to COVID-19 and its consequences. Many are retrospective cohort analyses, and some are prospective studies involving sufficiently different patient populations, with varying degrees of severity of symptoms and prognoses, and the varying definitions of the state of vitamin D sufficiency to make meaningful systematic reviews and/or meta-analysis difficult. Nevertheless, with a few exceptions in the 50 references appearing since April 2020 from around the world, a higher vitamin D status is generally associated with a lower susceptibility to COVID-19, and better morbidity and mortality outcomes. However, the definitive degree of any correlation, if any, remains, at present, to be established, as does the likely efficacy of vitamin D supplementation as an intervention.

Vitamin D love all year round

However, while experts and consumers strive to establish the validity of the conflicting reviews on vitamin D and COVID-19, it is important not to forget that still today almost one in five adults aged 19–65 years in the UK has a low serum vitamin D concentration according to the National Diet and Nutrition Survey (NDNS), which puts them at increased risk of the manifestations of vitamin D deficiency and a wide range of health outcomes such as rickets, osteomalacia and falls, and denied benefits for muscle strength and muscle function in adults over the age of 50 years.

As winter approaches, SACN reported that on average 30–40% of the UK population has concentrations below 25nmol/l in winter compared to 2–13% in summer but a substantial percentage of some population groups do not achieve a plasma concentration more than ≥25nmol/l even in summer.

Why are we so low in vitamin D? A UK study has identified specific knowledge of dietary sources of vitamin D to be very poor; oily fish, considered the best dietary source of vitamin D, was only identified by half the population. A considerable proportion incorrectly reported dairy products and vegetables as sources, a mistake also reported by other studies.

Interestingly red meat, which according to the NDNS (2014) UK report is the largest contributor to vitamin D intake across age groups, was reported as a source by a minority.

Vitamin D is naturally present in foods in limited amounts and while the majority of the population felt dietary sources were not sufficient to maintain 25-OH-D concentration, almost a third of NDNS survey participants believed they were sufficient or were uncertain.

If people are unaware of the minimal dietary sources of vitamin D and also do not take supplements, vitamin D status will undoubtedly be very poor during the winter months. Considering the difficulty in achieving vitamin D sufficiency, the UK is unlikely to achieve recommendations if they are unaware of them.

With a COVID-19 vaccine on the immediate horizon does this mean that attention might be focused away from concern about the high levels of deficiency that compromise the health and increased susceptibility to the virus?

Hopefully not, as despite a COVID-19 vaccine we still need to ensure we are all consuming and fuelling our bodies, with the right amount of vitamin D throughout all seasons. Here are the essential reasons as to why we need vitamin D whether there is a COVID-19 vaccine or not:

Until the COVID-19 vaccine becomes available and this effect has been evaluated it will be impossible to predict whether this observation will be repeated in the case of this vaccine, and it unlikely at this early stage that vitamin D status will have been investigated as a possible ‘confounder’ in terms of enhancing the response in current immunization trials.

The ongoing use of vitamin D which helps support immunity is an essential common-sense strategy. And given that the duration or absolute level of immune protection provided by the vaccine has not been clearly defined, again maintenance of a vitamin D status that delivers a positive contribution to immunity would appear a reasonable approach.

Ironically, COVID-19 is not the only respiratory viral condition that peaks in winter, and the likely relaxation of social distancing guidelines will result in more people being exposed to other infections such as influenza. Here several studies suggest that raising 25(OH)D concentrations through vitamin D supplementation in winter would reduce the risk of developing influenza and a comprehensive review of the role of vitamin D and influenza was published in 2018. It concluded that the evidence of vitamin D’s effects on the immune system suggest that vitamin D should reduce the risk of influenza.

While ‘upping’ our levels of vitamin and minerals are essential to fuel our health and wellness, especially vitamin D, there is now a wealth of evidence to suggest a more personalized basis in order to ensure optimal nutrition balance whatever our age.

Researchers have also identified significant inter-individual responses to supplementation, that suggest higher than current recommended reference intakes are needed, but which can only be identified as a result of monitoring people’s dietary status.

Finally, medicines strip our bodies of vital nutrients, especially vitamin D. The classes of medications that affect vitamin D status are significant and range from anticonvulsants to certain antihypertensive and diabetes drugs, as well as corticosteroids, and those used to treat gastric reflux, to name but a few. Moreover, as many of these drugs are co-prescribed to treat multiple co-morbidities, especially in the elderly, their cumulative impact can further add to issues of vitamin D deficits or deficiencies.