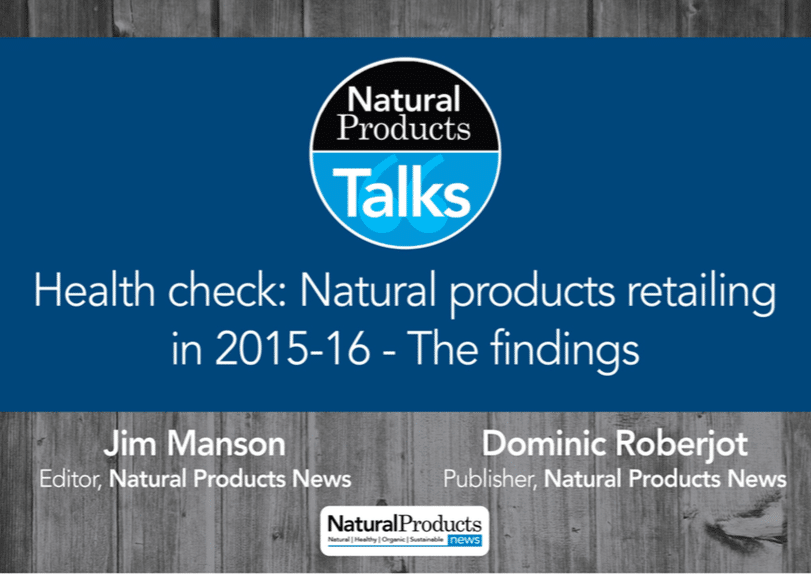 The latest Health Check survey, carried out in early 2016, shows that 63% of the 100 retailers polled reported increased store footfall (up 10% on the 2015 survey) while 72% said that average customer spend had risen over the previous 12 months.

The report shows that the category mix in at typical health store is changing. For example, the amount of total space devoted to supplements and remedies has dropped 10% in just a year to 26%. Beauty (14%) and free-from (13%) each have more shelf space devoted to them.

Anecdotal evidence suggesting that the trade is successfully attracting new blood is borne about by the fact that 19% of store owners have been in business for less than two years.

‘Social media’ was the most popular form of marketing activity, with ‘in-store events’ pushed into second place and ‘store website’ in third. Facebook (78%) is by far the most widely used social media platform, followed by Twitter (42%).

‘Internet retailing’ is identified as the biggest threat to independent health food retailers, followed by ‘supermarkets’ (‘EU legislation dropped back significantly in 2015), while ‘changing shopping habits’ and ‘specialisation of product offer’ are cited as the main opportunities.

‘Digestive health’, ‘sleep’, and ‘bone & joint health’ are rated as the top three health or lifestyle drivers of sales, while ‘supplements & remedies’, ‘free-from’ and ‘vegan & vegetarian’ as seen as the categories offering best potential for growth.