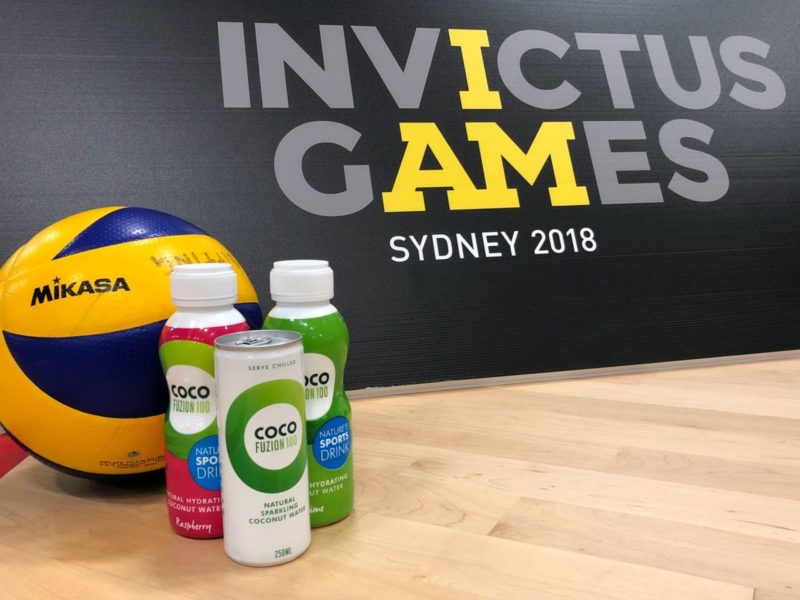 Capitalizing on the growing demand for a healthier alternative to sugary sports drinks, Coco Fuzion 100 will provide products – including drinking water and branded water bottles – to all competitors taking part in the upcoming event, which takes place from 20-27 October.

The brand will also be working with a group of competitors from the UK team in an ambassadorial role, supporting their journey and creating content to showcase their strength and determination.

In addition, a bespoke Invictus Games-inspired Coco Fuzion 100 can will be developed and sold at retail, with a percentage of sales going to the Invictus Games Sydney 2018.

“Coco Fuzion 100 has strong ties to the military in the UK and this is a fantastic opportunity for us to support such an inspirational event,” says Steve Barton, CEO at Coco Fuzion 100, commenting on the tie-up. “We are very excited to be a part of the Invictus Games in Sydney and are looking forward to seeing Coco Fuzion 100 help power competitors to success.”

Founded by Prince Harry in 2014, the Invictus Games is an international sporting event for wounded, injured and ill servicemen and women, both active duty and veteran.