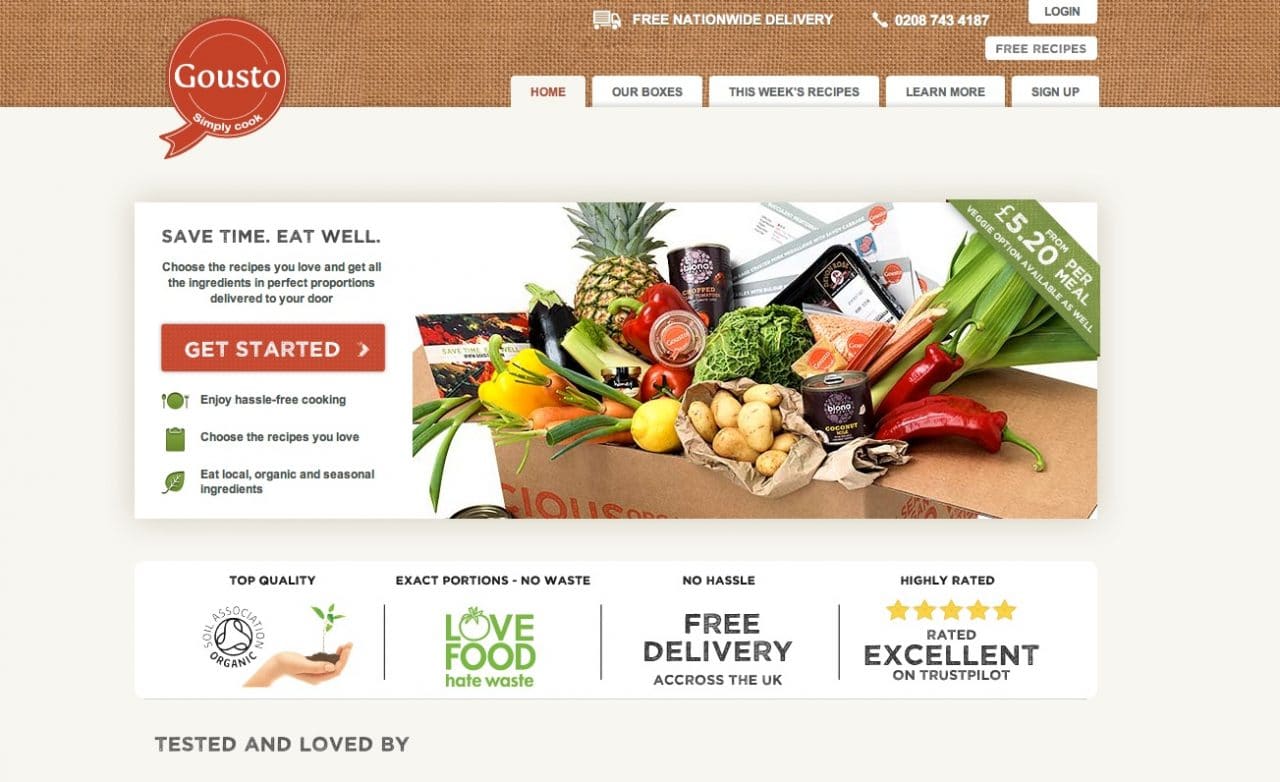 Organic home delivery business Gousto has won backing of around £1 million within days of being sent packing by the Dragon’s Den investors.

When Gousto’s co-founders appeared on BBC 2’s Dragon’s Den last weekend they conceded that they had already received £250,000 worth of backing from top food industry investors. This prompted one of the dragons, Peter Jones, to question their motives for appearing on the show – was it mainly to secure some high-value PR?

Despite the pair failing to win backing from any of the Dragons after they revealed monthly losses of £25,000, their Dragon’s Den appearance doesn’t seem to have done their business any harm. The Grocer reports that within a week of the show airing, Gousto had lined up more than £1 million in funding with “industry big hitters”.

Gousto launched in August 2012 and currently delivers 10,000 meals a month.