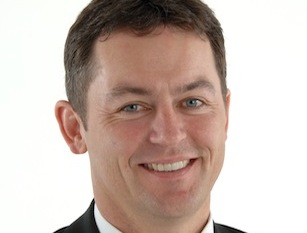 Under surprise proposals announced by the Chancellor during the Budget, some sports nutrition drinks will be subject to the 20 per cent rate of VAT for the first from 1 October.  Some sports nutrition drinks have previously been zero-rated for VAT.  The Government has announced it will hold a shortened consultation of just six weeks on the tax increase and has claimed in what the alliance is calling a “deeply flawed” impact assessment that it expects the cost to each business to be an average of £40.

The UK Specialist Sports Nutrition Alliance (UK SSNA) has condemned the Chancellor’s proposals. It claims the tax increase will constitute a tax on health and nutrition at a time when the UK is facing an unprecedented obesity crisis and preparing to host the Olympics.

The alliance has warned that imposing additional costs on consumers could result in them purchasing unsafe, unregulated and untaxed products online – or otherwise being penalised for following Government advice to be more active. It also says that the Treasury has underestimated the effect of the tax increase and is not allowing sufficient time for consultation.

Chris Whitehouse, campaign director of the UK SSNA, said: “With the Olympics around the corner and an ever-growing national problem of obesity, it makes no sense for the Government to hike up the cost of products designed to promote good health.

“By cutting the length of its consultation, the Government has nailed its colours to the mast and clearly expects to force this through with Parliament away for the Easter holidays. This measure is ill-considered, unwelcome and will either push consumers away from healthy products or towards alternatives they find on the web that will be unregulated and quite possibly unsafe.  The Government should be allowing the standard 12 weeks of consultation to ensure it has fully considered all the implications of its decision.”

Robin Holiday, managing director, of sport nutrition distributor CLF Distribution (pictured), said: “in the year that we’re hosting the Olympics it seems quite bizarre that the Government should be trying to impose a health tax, when other less healthy food and drinks such as milk shakes, drinking chocolate and Jaffa cakes continue to be zero-rated for VAT.”

• The UK SSNA has launched a petition that it hopes will generate 10,000 signatures on an open letter to George Osborne, calling for him to reverse his decision (http://www.petitionbuzz.com/petitions/vatonsportsdrinks).