Home Food and Drink ‘Eat them to defeat them’, celebs tell children 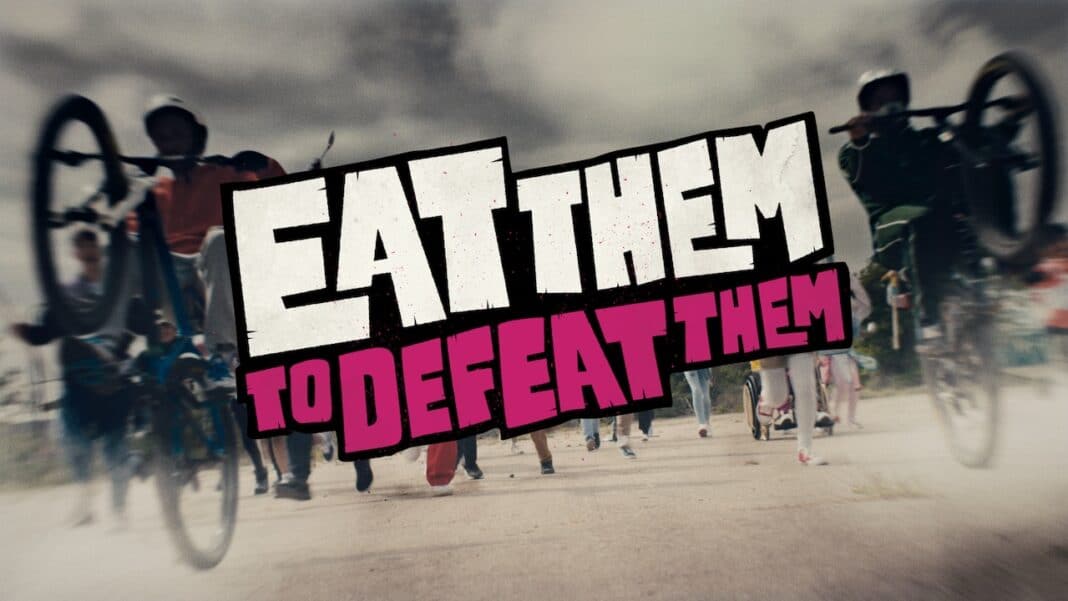 Jamie Oliver is among the celebrities backing Veg Power’s Eat Them to Defeat Them campaign, lending his voice to a new advert aired on ITV which encourages children to eat more veg.

The ad – supported by a multi-million media alliance between ITV, Channel 4, Sky and STV, and funded by ten major UK supermarkets and food brands – is set to reach 5.2 million households with children.

The 60-second clip portrays ‘evil, attacking vegetables’ as the enemy; children are encouraged to ‘prepare for battle’ and ‘become the heroes’ by eating the veg to defeat them.

Oliver plays a carrot and is joined by cast members Dame Emma Thompson, Ranvir Singh, Amanda Holden, Stephen Mulhern and Giovanna Fletcher, who take on the roles of broccoli, peppers, sweetcorn and tomatoes.

The ‘counter-intuitive approach’ of positioning vegetables as the enemy has proven effective in getting kids to eat more veg, according to the Food Foundation which reports that since the wider campaign debuted in 2019 it has resulted in sales of over 517 million additional children’s portions of vegetables, worth £63 million. Further, 81% of schools say the campaign has been more impactful than other healthy eating initiatives and 76% of school kids say the campaign makes eating veg ‘more fun’.

This year the campaign will roll out to 1,900 primary schools and into the homes of 500,00 children. It will feature tasting sessions, games, posters, vegetable reward charts, sticker packs and puzzle books created by Public Health England’s Change4Life campaign.

John Hegarty, member of the Veg Power Board, comments: “Once again television proves to be the best mass medium for persuasion. After the success of the first spot for Eat Them to Defeat Them we’ve come back with a follow up, imploring children to join the battle against the evil veg, in an irreverent, funny and compelling commercial. Veg beware!”

Writer and chef Hugh Fearnley Whittingstall adds: “It’s time to defeat those dastardly veg – and eat them again! It’s been great to be part of the Veg Power team and watch this funny, irreverent and counter-intuitive ad come together. We know kids are enjoying these spots, and relating to them, and even more importantly, we know many of the kids who are seeing these ads are indeed eating more veg. Long may it continue.”