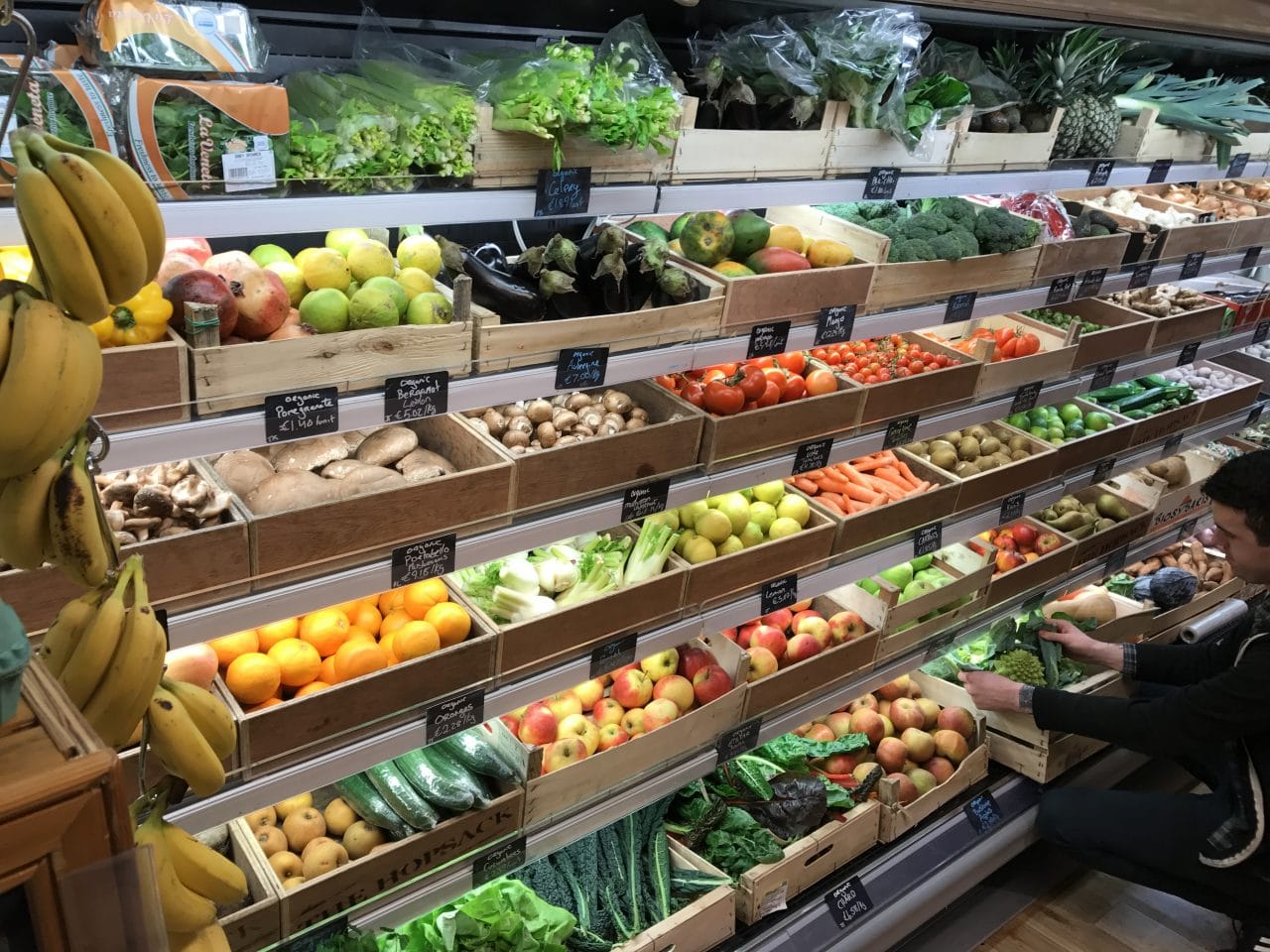 The Hopsack health store in Dublin recently expanded its premises both to increase and reinforce its existing offer. 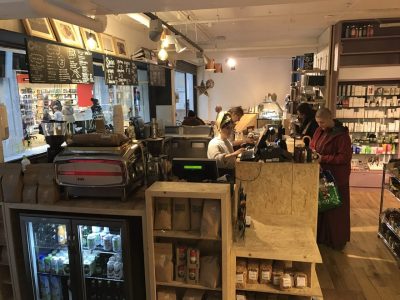 To increase available space, rather than moving location, The Hopsack extended into neighbouring premises. “We feel very attached to this location – we’ve been there for 33 years and it’s our community ­– moving would feel very strange. Five years ago we knocked down a wall and took over the premises to our right and this year we’ve knocked down a wall and taken over the premises to the left as well,” says the store’s owner Finn Murray.

Explaining the rationale behind the expansion, Murray says: “We’ve got an organic farm in Roscommon – so we’re growing food, cooking it and educating about it. We just realized we couldn’t tell that story effectively in the smaller space, so the expansion is about giving everything that we were doing space to breathe and letting it sing a bit – that’s really where the whole thing came from. So the driver is really to put our stamp on this whole process. It’s a big leap of faith for us. It’s great – really exciting. It’s really reinforcing the offer that was already there, it’s not actually reinventing the wheel.”

One major new element of the store is the larger deli area. “Supplements have always been a big part of our store,” says Murray, “but we were always trying to access those supplements that were closer to foods, so we thought we should be doing more fresh foods to give that whole side of the business legs. We’ve had a small deli in the shop for the last five years and we wanted to increase this and put together a menu with options for most folk – so coeliac, vegan, vegetarians, dairy-free.”

“The offer for fresh food is the main really big change and then we’ve tripled the space for our organic vegetables so we can bring in more from our farm and other Irish farms, because there are a lot of really good growers in Ireland. Our shop is in the hub of Ireland where most commerce happens and there’s loads of people and loads of foot traffic, but where our farm is it’s the absolute opposite – there’s nobody there, it’s the most difficult place to start a business. So we’re trying to provide access for some of those farmers to get their produce to Dublin. We’re going to try and make the farm a bit of a hub so other growers can distribute to us and we can distribute up to Dublin to our own shop and to others as well.”

“What we’ve always been good at is educating and now we have more space for more theatre, so we can do one-off promotional events. We have one long communing table where we’re going to do a lot of workshops and education as well as evening screenings.” 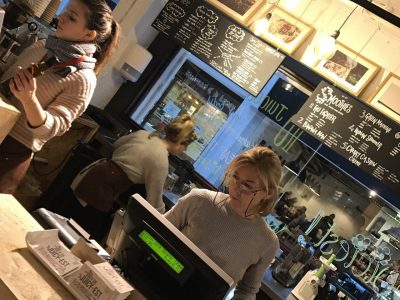 The expansion has also, importantly, provided more room for people. “A lot of it is people space – both for staff and customers. Quite often in retail you’re told not to put in staff bathrooms or staff areas and we’re really conscious of that being backwards for us. We want to have some sort of welfare approach to our staff – it’s a stressful environment, particularly with fresh food, it gets very stressful. It’s a busy space so we wanted to give them a way to chill out. We had a rec room already but we’ve put in more staff space – both for when they’re working and when they’re taking a break. So that the whole thing can flow a bit better and people aren’t so on top of each other.”

And products have been given more space too. “Retailers tend to cram everything onto shelves and have a real difficulty when it comes to restricting their palette so this expansion was to increase the space we already have so we can double face things so people can actually see the stuff.”

The Hopsack has also added a packaging reduction station refill where customers will also be able to make their own fresh nut butters, grind their own coffee and dispense their own distilled and restructured water.