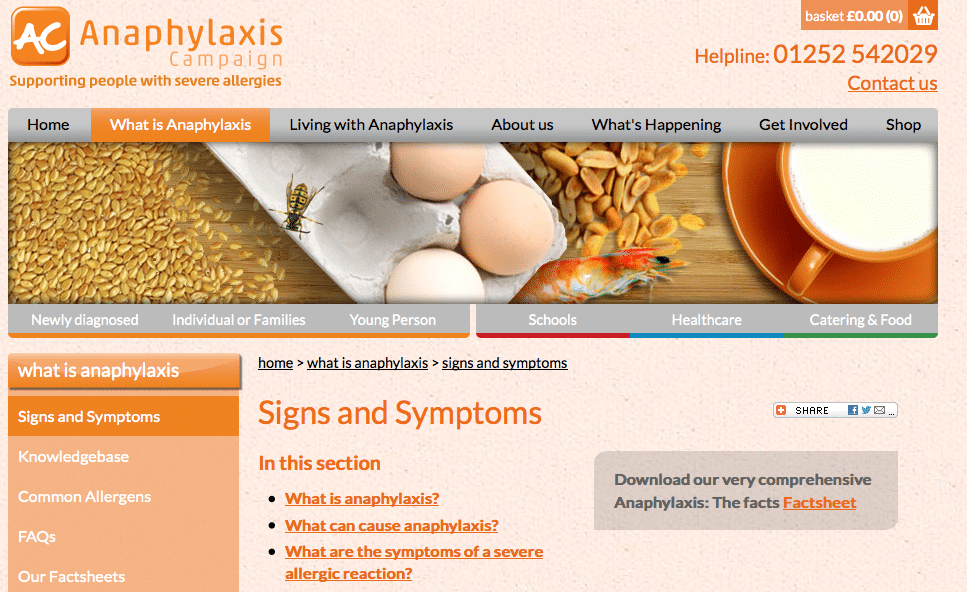 The serious allergy sufferers charity, The Anaphylaxis Campaign, has highlighted the confusion consumers sometimes have over the difference foods marketed as ‘free-from’ and those carrying a ‘may contain’ label – indicating that they may be at risk of contamination from certain allergens.

To explain the differences as well as highlight some of the risks involved, the charity has set out some points that those with food allergies should take into account when it comes to free-from foods and thresholds.

The guide states that other than ‘gluten-free’, there is no legal definition of ‘free-from’, so a brand could make this claim if a product doesn’t have a particular allergen added as a deliberate ingredient even if traces may be present where the food was prepared.

It also points out that there is no legal requirement for free-from foods to be scientifically tested for allergen presence and that the quality of safety and testing procedures of free-from food producers vary considerably.

Another crucial point the Anaphylaxis Campaign emphasizes is that although only foods that contain 20 parts per million (ppm) or less can be labelled as ‘gluten-free’, people with a wheat allergy – rather than a gluten/wheat intolerance or coeliac disease – may still react at this level. “Food intolerance and food allergy are very different,” explains the charity. “The main difference being that food allergies can be fatal.”

It also flags up the concept of thresholds – the lowest amount of an allergen that can trigger an allergic reaction. There are arguments both for and against the establishment of thresholds for specific allergens. Those against the idea argue that minute traces can be fatal and that in any case an allergic person’s threshold can vary daily.

Those for thresholds argue that risk minimisation could be attained, that it is never possible to eliminate all risk, and that most severe allergic reactions are caused by large amounts of allergen not minute traces. In addition, setting quantitative thresholds could result in more consistency in allergen management across the food industry leading to fewer ‘may contain’ labels, thus making those that remain more meaningful. The campaign says that it looks forward to the work on thresholds being further developed to this end.

A new survey of allergy sufferers looking into free-from foods and consumers’ understanding of their labelling, co-ordinated by Anaphylaxis Canada, will shortly be published.