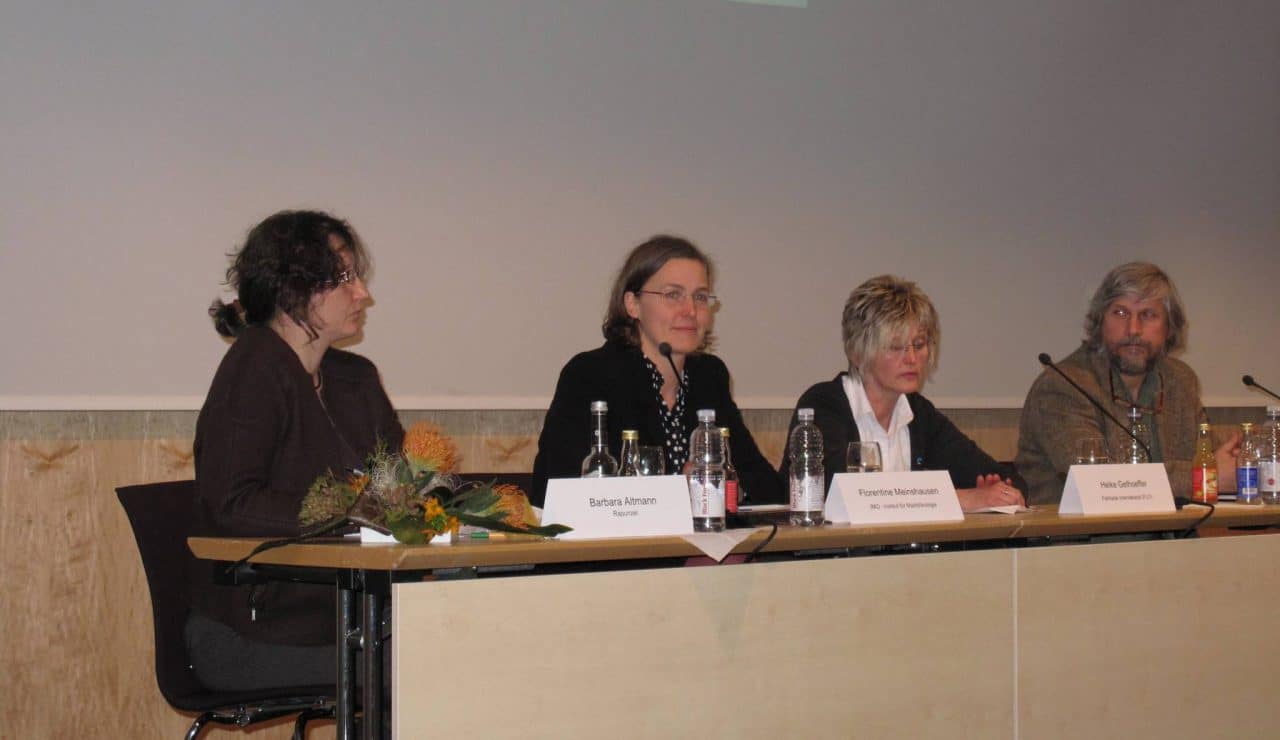 A special forum at last month’s Biofach exhibition heard how some leading organic and ethical brands have gone their own way on fair trade. Jim Manson reports

In Europe a number of major natural and organic players have gone their own way on fair trade, sidelining mainstream labels.

At last month’s Biofach exhibition leading retailers and fair trade brands came together to discuss the theme ‘Fair and ethical trade: Individual approaches or mainstream logos?’ It made for strong debate.

Hand in hand
Pioneer German organic food brand Rapunzel launched its company owned organic and fair trade standard 20 years ago. Rapunzel’s Barbara Altmann said that the company developed its Hand In Hand scheme for the simple reason that “existing approaches didn’t meet our requirements”. A key concern was that any scheme should be based around organic: “Rapaunzel has been 100% organic from the beginning, so that was a given”.

Under the Hand in Hand scheme —which is benchmarked to the same criteria as other international fair trade programmes — Rapunzel bears the cost of both certification and inspection. Why doesn’t the company now switch to a ‘mainstream’ certifier? Altmann again: “It’s partly because it would have to be 100% organic, but also because of the negative developments of mainstream fair trade schemes. We avoid the headaches when we stay with our own clear, manageable strategy for standards.”

“We switched … partly because of negative developments of mainstream fair trade schemes. We avoid the headaches when we stay with our own clear, manageable strategy for standards.”

Altromercato, the Italian alternative trade organisation, operates 400 of its ‘World Shops’, along with branded point of sale representation in 1,000 supermarkets and in 100 school canteens. It also operates its own fair trade standard.

Altromercato’s Rudi Dalvai told the conference that fair trade had “metamorphosed” from a self-development goal with marginalised producers as the beneficiary to a consumer “guarantee against exploitation”. In the process, fair trade products had changed identity, he said, moving from a development and awareness raising tool to “certified socially clean products”.

Dalvai said that as fair trade had become a more consumer focused instrument it had also become more complicated for producers and more expensive for licencees. While Altromercato is itself FLO certified, the organization wanted to stamp its own identity on things, so that the brand — — Dalvai is adamant that it is “a brand not a label” — becomes a “symbol of who we are”. While it respects the mainstream FTOs, Altromercato sets its own different goals, said Dalvai.

Brand neutral
Florentine Meinshausen, from the Swiss-based Institute for Marketecology  (operator of the Fair For Life and FairWild standards) argued that individual approaches are often good, but are better when they coupled with “a robust generic fair trade certifier” — she describes Fair For Life as ‘brand neutral’. Generic fair trade schemes offer high overall credibility and consumer awareness, while private standards communicated unique efforts (rather than minimum compliance) and differentiated from mainstream fair trade, Meinshausen added.

Speaking for Fairtrade International (FLO), Heike Gethöffer argued passionately that internationally recognised Fairtrade standards are the most effective way to challenge conventional trade and build long-term wellbeing in producer communities. She pointed out that 72% of consumers believed that independent certification is the best way to verify ethical claims.

She said that the growing momentum meant that consumers “who by and large buy what they want, will be asked less about Fairtrade and offered more products routinely that offer decent working conditions and a fair rate of pay”. In response to criticism from some quarters about the high costs of funding labelling schemes, Gethöffer commented that the payments were “not for the label, but for the inspections on the ground that validate the whole system”.

It’s not about the label
Instead of being coy about big brand involvement with the Fairtrade label, Gethöffer spoke of the 100% commitment from global businesses like Starbucks, Nestlé, Ben & Jerry’s and Unilever. She was adamant too that Fairtrade had to focus on mainstream retail. “I don’t care where Fairtrade is sold. We have to go where the consumer goes. Here in Germany 50% of organic goes through the supermarkets, including Aldi and Lidl. Fact.”

In a lively Q&A session the controversial issue of ‘domestic’ fair trade was batted around the conference room. Altromercato’s Rudi Dalvai was the most illuminating of the panellists on the subject. “We started a domestic fair trade scheme, partly to recognize the distinctly unfair trade that goes on in Italy and other countries in Europe — for example the migrant workers in southern Italy who are paid just 10 Euros a day for fruit picking. But we didn’t want to confuse the message for the far trade bodies, so we now call our scheme Solidarity.”

Probably the most charged question of the day came from Mike Muchilwa from APF Kenya. He wanted to know why “is there is no fair trade certification system that allows growers in Africa to sell their produce — as fair trade — to supermarkets locally. Produce only ever seems to become fair trade when it gets to Europe or America and is processed, packed and then sold back to us at 10 times the cost paid for the ingredients. For example, our cocoa comes back to us from Nestlé who make a bomb in the process.”

Heike Gethöffer said FLO was “very aware of the frustrations and the sense of injustice that is felt” but added that the organization was having to go one step at a time.”

“We switched … partly because of negative developments of mainstream fair trade schemes. We avoid the headaches when we stay with our own clear, manageable strategy for standards.”

“Fair trade has metamorphosed from a self-development goal with marginalised producers as the beneficiary, to a consumer guarantee against exploitation”

I don’t care where Fairtrade is sold. We have to go where the consumer goes

“(Fairtrade payments) are not for the label, but for the inspections on the ground that validate the whole system”

Produce only ever seems to become fair trade when it gets to Europe or America and is processed, packed and then sold back to us at 10 times the cost paid for the ingredients.