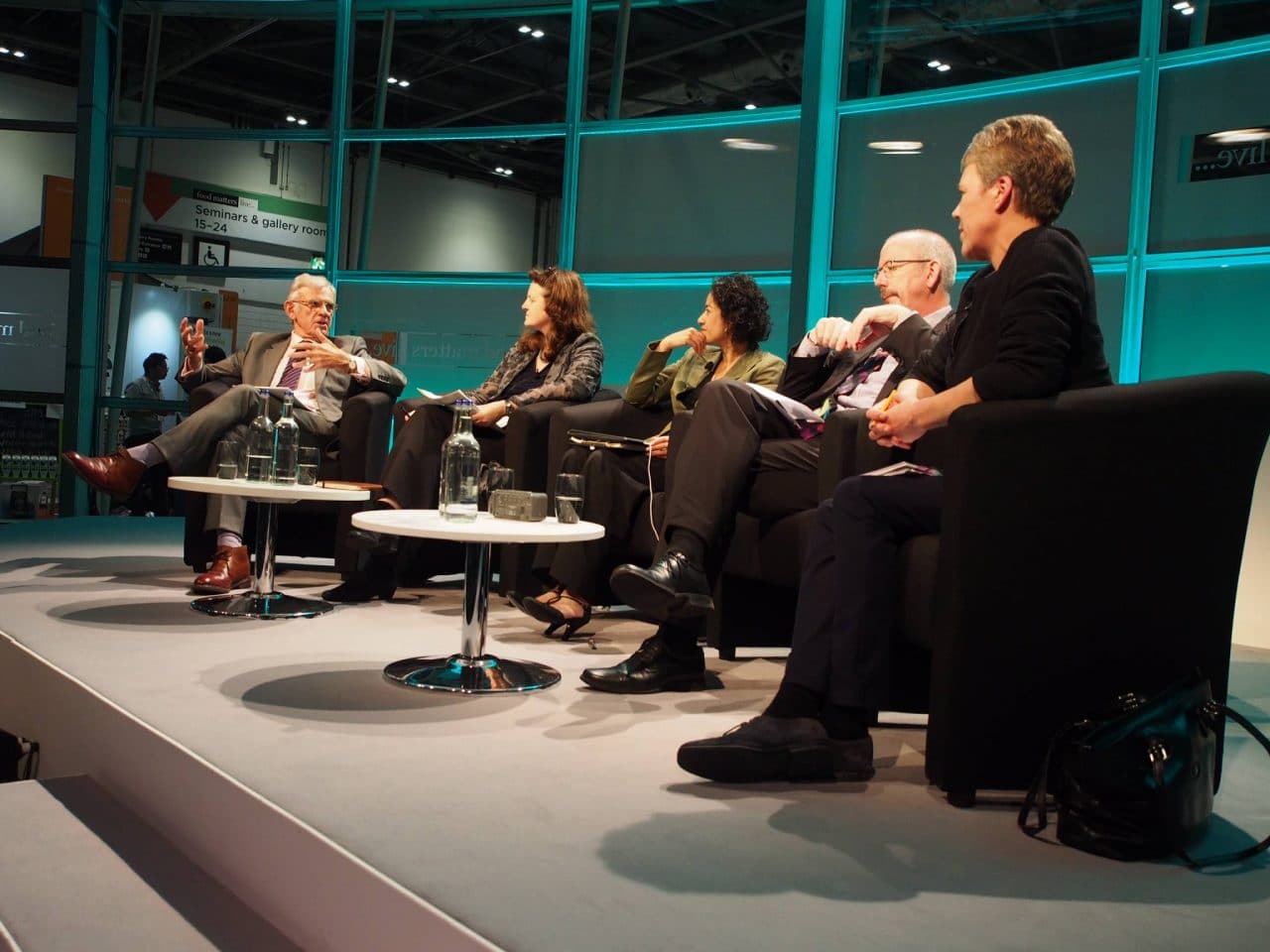 A frank discussion on the role of food science hears calls for public needs and choices to be made a top priority for industry and policy makers, writes Jim Manson

Leading figures from the worlds of science, food policy and farming came together at last week’s Food Matters Live event to take part in a discussion billed as ‘the great food science debate’.

Invited to consider the proposition that scientific innovation has the potential to feed the world sustainably, but only if consumers understand and accept new technologies, panelists were then asked to take on the question ‘will consumers allow science to save us?’.

The eminent food scientist, professor Colin Davies, argued that the “safe, tasty and abundant food we enjoy today owes much to advanced food technology”. He called for more education in food science and greater collaboration between scientists and professional communicators – including the media – to help explain “the enormous benefits that science brings to the table”.

Davies said that the consumers’ knowledge of complex and contested food issues typically came through a media filter. “As a result, what they don’t hear enough about is the very sound science and very sound technologies that we’ve been using over the long term to deliver safe and nutritious products to consumers at large.”

A complicated relationship
Clare Matterson, director of strategy at the Wellcome Trust, saw things from a different perspective. She began with some bald facts: “We have a global population of seven billion, 850 million are undernourished and 1.4 billion are overweight or obese. We all want to eat healthily, but the cheapest food is the unhealthiest, and the healthiest food the most expensive.”

“We all want to eat healthily, but the cheapest food is the unhealthiest, and the healthiest food the most expensive”

Our relationship with food is a complicated one, Matterson said. “It’s as much about the social and the cultural as it is about the science. Food is a subject where economics, personal beliefs and religion all collide in an unusual and often toxic debate”.

She said she wanted to see scientists “not just informing the debate but engaging with the public, hearing the public, and listening back to the public’s priorities”. 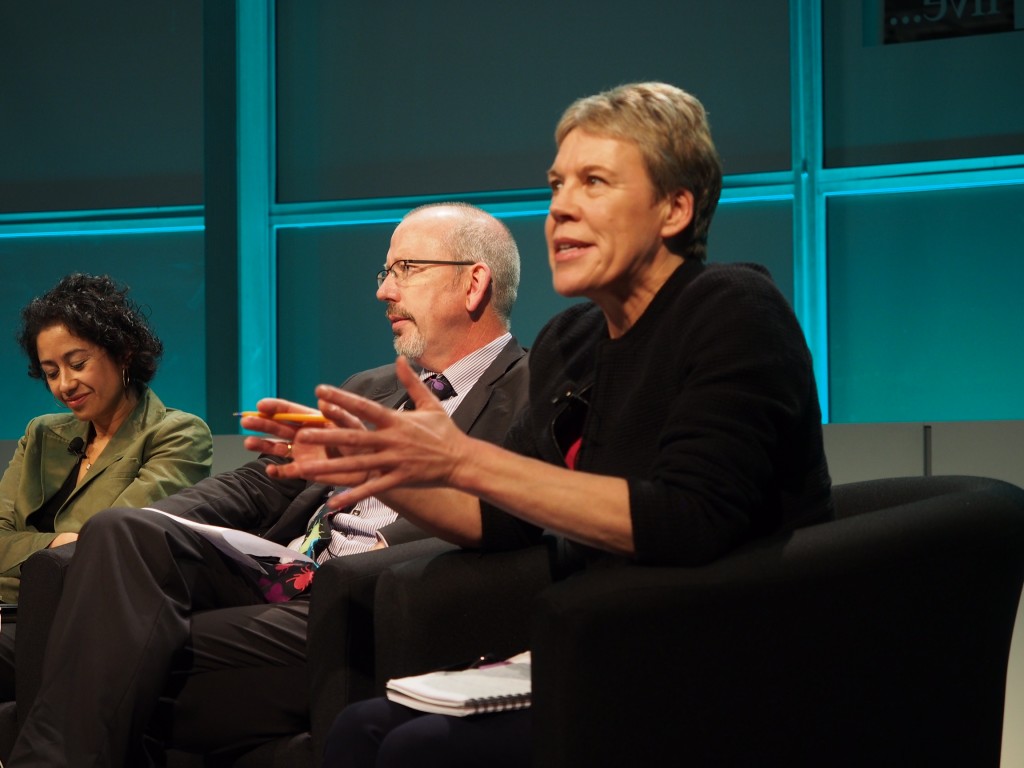 Soil Association chief executive, Helen Browning, thought the question the panelists had been asked to answer was a loaded one. “When I read the brief my hackles began to rise. It felt that we were being presented with an image of a fearful, ignorant public that was rejecting science as the saviour. And for me that doesn’t ring true”.

“Consumers have embraced many new technologies in food – new flavours, new forms of food, new kitchen appliances and new packaging. So, I don’t get this sense of the public backing away from science. But what I do see happening is the public being characterized as turning away from scientific development per se because they have firmly rejected one or two.

“There’s no doubt that the public do have concerns when they see the fundamentals of food being meddled with. And it’s no good saying, ‘well, if we just educate people a bit more, they’ll accept it this stuff’.”

“There’s no doubt that the public do have concerns when they see the fundamentals of food being meddled with. And it’s no good saying, ‘well, if we just educate people a bit more, they’ll accept it this stuff”

Browning argued that the priority for industry and policy makers should be “working out what people actually want and working with farmers to see how they can best meet the needs”. To that extent, she added, “we should be doing the things we do in all other walks of life where we are launching a new product or opportunity – not foist something on people they don’t want.

“Imposing technologies almost always leads to the wrong outcomes. Take GM as an example. If you had said to consumers, what do you want from your food supply, they weren’t going to come up with Roundup Ready soya!”

Horrendously inefficient
Tim Benton, professor of population ecology at the University of Leeds and a food security expert, set the debate into a global population context. By 2050, he said, the planet would have to feed a third more people. Not only that, climate change would increasingly start to interrupt food supply systems and there would be growing competition for land and water.

Benton said we have no alternative but to change our “horrendously inefficient” food system. “If demand growth carries on as it is now for the next 20-30 years the agri-food system alone will contribute two degrees of global warming, and that is the figure generally accepted to be the upper limit to avoid dangerous climate effects – it leaves no allowance for transport, energy generation or anything else!”

Benton had killer facts aplenty. On average, he said, people in the developed world over-consume by about 20% by need, while poor diet is the number one cause of obesity. And while we currently produce enough calories for 12 billion people, we choose to feed the about third of that number, the rest of those calories going to feed the livestock. Meanwhile, 20-30% of the food produced is wasted.

Benton said that the scientific opportunities and challenges were not those that he said had dominated discussions earlier in the day . “It’s not about formulation and individual nutrients, or 3-D printers, it’s about building resilience, reducing waste and modifying our diets. In future, the agri-industry cannot persist with the ‘demand is growing, we have to supply it at all costs’ mentality, it simply has to change.”

BBC presenter, Samira Ahmed, who chaired the debate, probed the panelists on their views about scientific ethics, which sometimes have been called into question. Colin Davies said that the reputations of entire organizations rested on the integrity of scientists. Although research departments may receive funding from industry, scientists always had to give advice, produce findings and reach conclusions, solely on the best available science at that point in time, he said.

Scientists, not salesman
She added: “I also don’t think scientists should become salesmen for industry. So, before we put public money into research, and before companies put money into research, let’s make sure we’re fulfilling a need, not just creating an opportunity to protect a patent. 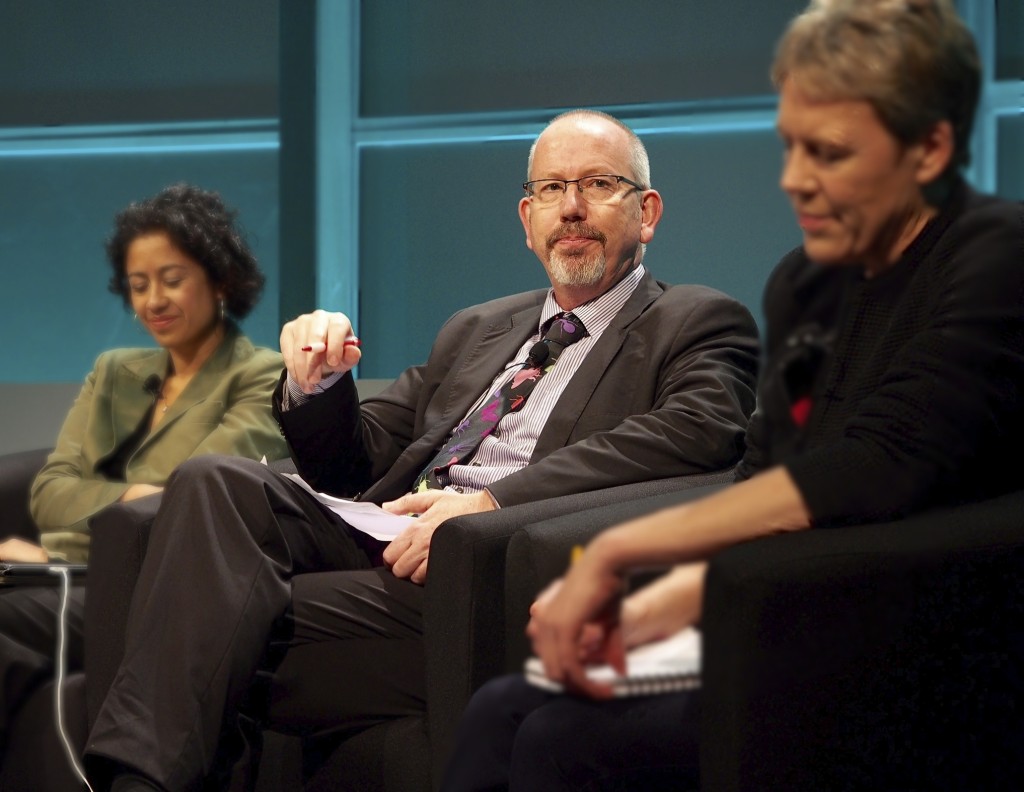 Tim Benton took the discussion back to the complex issue of price. “All things being equal, choosing things on the basis of price is a rational thing to do. But all things are never equal. If you go into supermarket you cannot make a judgement about the sustainability or the really important nutritional attributes of a food product because the information isn’t there. I’m a professor of sustainability and I can’t work out whether something is better for the environment.”

Helen Browning acknowledged the particular challenge that organic has with price. “People are price sensitive and I respect that. We need to make sure that organic systems keep pace with non-organic systems with out R&D work so we don’t end up with a big price difference – we know that the price barrier is to great for some people.”

The limits of science
The panellists agreed that there were limits to the role that food science could play in creating solutions to environmental and health challenges.

Matterson said: “What we’ve learnt from some of the previous debates is that science can tell us what is, but it can’t tell us is what ought – and ought is where the real debate is.

Benton agreed: “In a sense we already know how to do the science. In the future I think that GM will be useful in certain situations, to move genes around quickly, to allow us to feed bigger populations and more challenging climate conditions. So, I think there will be elements of that. But the really fundamental challenge is the issue of food sovereignty. People should have the opportunity to choose themselves the type of food they want to eat.