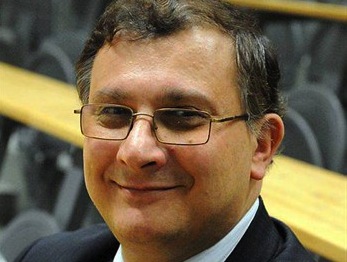 The scientists say that the widespread attacks on the French scientist Gilles-Eric Seralini (pictured), following publication of his study linking GM maize with tumours in rats, forms part of a coordinated campaign of harassment of researchers who have identified potential hazards in GMOs and pesticides.

In their letter, published in Independent Science News, the scientists highlight the central role of leading scientific journals in these attacks. They write that: “an important but often unnoticed aspect of this intimidation is that it frequently occurs in concert with the science media”. Several leading journals, they say, “uniformly failed to balance criticism of the (Seralini) research, with even minimal coverage of support”.

But the scientists save their strongest criticism for “regulator culpability”. They write: “In our view a large part of the ultimate fault for this controversy lies with regulators. Regulators, such as EFSA (the European Food Safety Authority) in Europe and the EPA (Environmental Protection Agency) and FDA (Food and Drug Administration) in the US, have enshrined protocols with little or no potential to detect adverse consequences of GMOs.”

The letter conclude: “Safety testing, science-based regulation, and the scientific process itself, depend crucially on widespread trust in a body of scientists devoted to the public interest and professional integrity. If instead, the starting point of a scientific product assessment is an approval process rigged in favour of the applicant, backed up by systematic suppression of independent scientists working in the public interest, then there can never be an honest, rational or scientific debate.”