Health food insider David Barrie has this week been telling Daily Mail readers how he has been waging a one-man campaign against the high levels of junk foods sold in hospital shops.

In the main item in the newspaper’s letters page on July 20, Barrie – a sales manager at Natures Own of 35 years’ standing – writes that it is an “absurdity” to have NHS England chief executive, Simon Stevens, declare obesity to be “the new smoking” while shops on NHS premises continue to be rammed with fizzy drinks, confectionery and unhealthy snacks.

Barrie says that the shop at his local hospital (Worcester Royal) devotes just 14ft to products that “could loosely be described as healthy”. Confectionery, meanwhile, gets a selling area of 122ft and fizzy drinks 38ft. Other hospital shops he has visited have a “similar ratio of junk to healthy food”, he says. 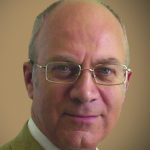 Barrie says that letters on the subject he wrote to the Worcester Royal and Malvern hospitals received no replies. So, in frustration, he wrote to Simon Stevens himself. This time he did get a reply, from an assistant. It said that despite the NHS chief executive’s strongly worded comments, he was powerless to do anything about it – and David Barrie was referred back to the hospitals.

Barrie says he can draw only own conclusion from his experiences. “The NHS just isn’t serious about healthy eating. It doesn’t practice what it preaches.”