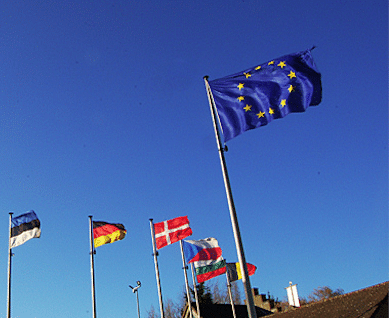 The Health Food Manufacturers Association (HFMA) together with the Dutch trade association NPN are to challenge what they argue are the “illegalities” of the European Commission’s approach to health claims regulation.

The two trade associations and a number of their member companies today (2 July) filed an application in the General Court of the European Union to halt the recently published list of permitted health claims which they say “effectively outlaws hundreds of other well-established health claims”. The action seeks the annulment of Regulation (EU) No 432/2012, the ‘Permitted List Regulation’, which would require the Commission to go back and “correct the flaws in its approach and produce the permitted list more in keeping with the original spirit and intention of the ‘Parent Regulation’, the Nutrition and Health Claims Regulation 1924/2006/EC”.

Martin Last, chair of the HFMA, said: “We are only taking this action as a last resort because the European Commission has failed to respond to our legitimate concerns. From the start we’ve cooperated in good faith to help execute the Health Claims Regulation, but are now very unhappy with the flawed and inappropriate way that both the Commission and EFSA have decided to implement this legislation. 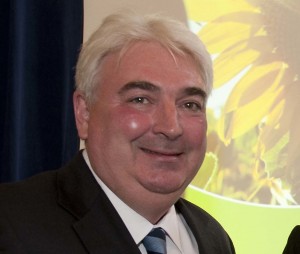 “It is well documented that the Regulation was written to assess and recognise the different types of health claim, and it was never intended to prohibit many hundreds of claims that have been well understood and accepted by the average consumer for decades. Indeed, in a 2007 report by the UK’s Food Standards Agency, we were assured by UK Government officials that most well-established health claims were expected to continue to be allowed on the market. The way this Regulation is being implemented risks denying consumers access to the very information that they need, and are increasingly seeking, to help them make informed choices about food and food supplement products, and along the way will particularly damage the many SME companies that the HFMA represents and which the EU states it wishes to protect.”

Mischa Strijder, chair of NPN, added: “The disastrous implementation of this legislation has failed on several counts. The European Commission failed to provide clear and timely guidance, in fact the first guidance only appeared some 18 months after the deadline for the submission of potential health claims. Then the European Food Safety Authority adopted a pharmaceutical-style approach to the assessment of Article 13.1 claims which is not appropriate for evaluating the long-term, health maintenance benefits of good nutrition.

“As a result, the legislation will not fulfil its aims, it will have a negative effect on the informed choice of consumers for healthy foods, and we foresee a serious negative impact on research and in innovation in this field. Even now that the permitted list has entered into force there is still no clarity on many implementation issues. This makes it very difficult for companies to comply with the new regulations for their product labels and advertising, within the extremely short transition period of six months.

“NPN did its best to cope with the level of uncertainty created by the Commission and it is very unfortunate that our efforts to assist the Commission in arriving at a proportionate and fair ‘Permitted List’ were completely disregarded. We hope that the Court will provide the clarity and certainty that the Commission failed to provide.”

Lynn Lord, managing director added:  “Natures Aid have been manufacturing high quality supplements for over 31 years for specialist retailers. We feel that consumers should be given relevant information to make informed choices to maximise good health and well-being.”

Quest Vitamins’ Sahaba Begum told Natural Products: “This regulation will affect all of the natural products industry and will mean that  whole ranges will have to be re-branded to remove commonly used claims. This was legislation intended to target health claims by big food companies but it has also caught specialist products. The effect for consumers is that – from this December – they will be deprived off important information on health products that they have come to rely on.

“What are the chances of the legal action achieving the outcome we would like? Well, perhaps it is just a chance – but we think we have to take it.”