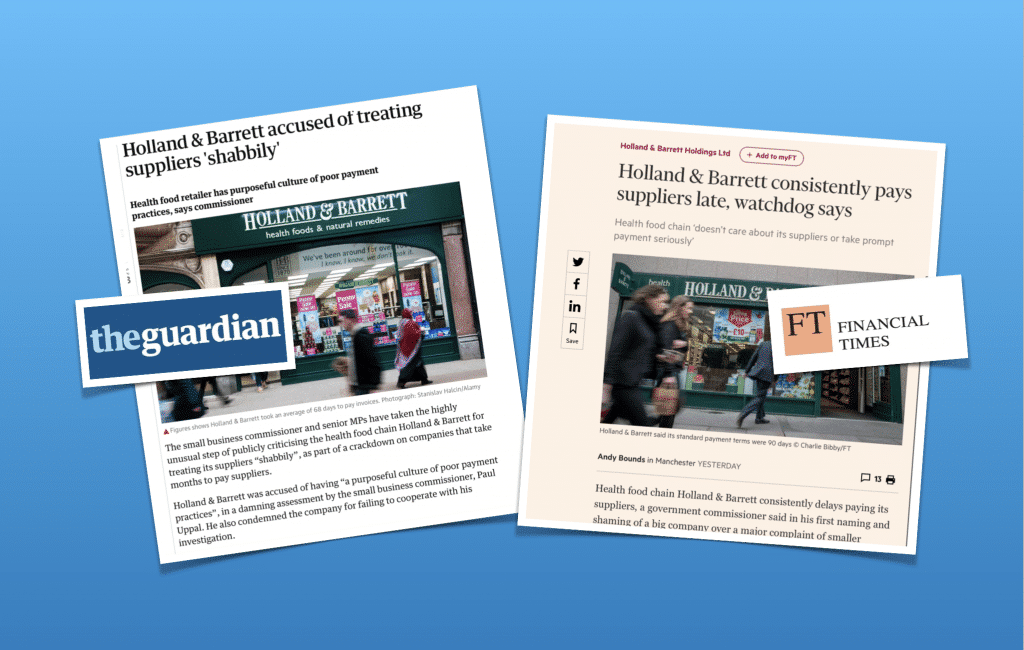 The retailer was investigated by the Commissioner after a small business complained that an invoice for a search engine optimization project took 67 days to be paid.

H&B had previously been brought to the attention of the Small Business Commissioner (SBC) after the company was named by the Parliamentary Business, Energy and Industrial Strategy (BEIS) Select Committee into payment practice.

As a result, the SBC contacted H&B to discuss its payment practices, but says the company refused to meet with the Commissioner.

Following its investigation the Commissioner said he suspected there was a ‘purposeful culture of poor payment practices’ at H&B.

Analysis by the Commissioner of HB’s payment practice reporting (PPR) data highlighted that the ‘company takes an average of 68 days to pay its invoices and that 60% of invoices were not paid within agreed terms’.

Refusal to co-operate
Paul Uppal, SBC, comments: “Holland & Barrett’s refusal to co-operate with my investigation, as well as their published poor payment practices, says to me that this is a company that doesn’t care about its suppliers or take prompt payment seriously.

“The request for anonymity by the business owner demonstrates small businesses remain in fear of challenging large businesses on their payment practices for fear of retribution. This should be a warning to suppliers that I will keep a spotlight on businesses that are not addressing late payment and use the powers available to me to highlight poor payment practice.”

Rachel Reeves MP, chair of the Business, Energy and Industrial Strategy Committee, comments: “Consumers would be appalled to hear that a big name on the high-street such as Holland & Barrett is treating their suppliers so shabbily. It is outrageous that a company takes on average 68 days to pay its invoices and pays 60% of them outside of agreed terms.”

Mike Cherry, national chairman of the Federation of Small Business (FSB) comments: “It is completely right that big businesses that don’t play fairly or pay fairly are named and shamed in the way Holland & Barrett have been. As set out in the Small Business Commissioner’s findings, their payment track record leaves a lot to be desired and has a big impact on small suppliers.”

Single complaint
In a press statement H&B says: “Our agreed payment terms are a standard 90 days, although in fact our average payment time is around 60 days. This is a single complaint and is in relation to one invoice for £15,000 for an IT supplier that was lost in our payment process in the run-up to the busy Christmas period. Once we established what had happened we resolved it very quickly.

“We work hard to help many of our suppliers with easy payment arrangements as many of them are small and just entering the market – Beauty Kitchen, for example, is one of a number of new and smaller suppliers where we have zero-day payment terms or payment by return to assist with their cashflow.” 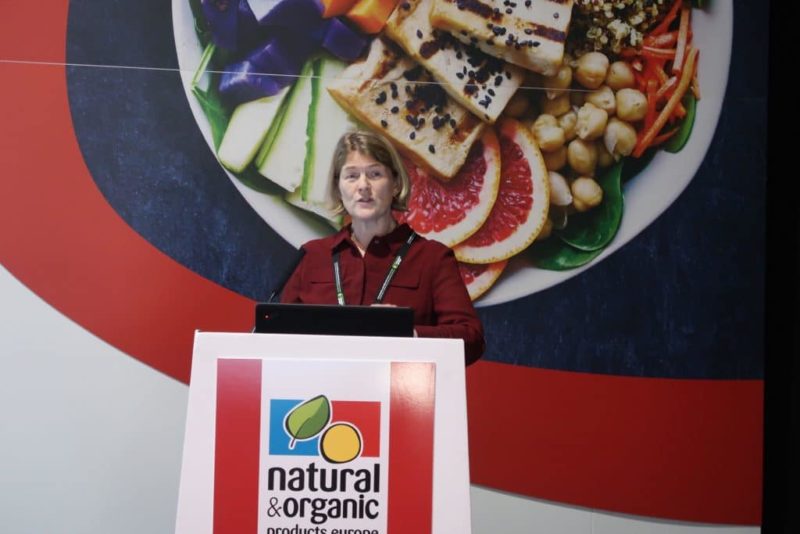 At this week’s Natural & Organic Products Europe exhibition, the supermarket regulator Christine Tascon told a seminar audience that she had heard anecdotally that some national retailers, who currently fall outside of the scope of the Groceries Supply Code of Practice (GSCOP), ‘talk openly about making hay while the sun shines, and agreeing that for as long as they are not regulated, will carry on as they always have done’.

Tascon added: “My personal view is that if one of the companies I regulate has a competitor that is breaking the code significantly, then somebody should step in and do something about that.”