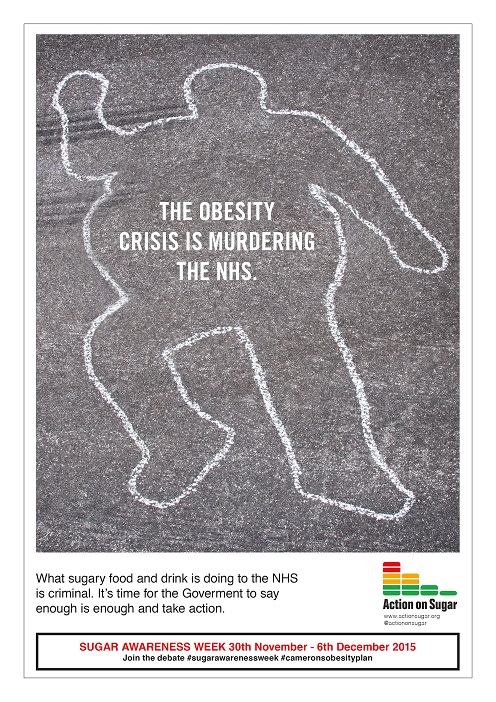 A leaked draft copy of the long-awaited Childhood Obesity Strategy (COS), the release of which has now been delayed until the autumn, indicates that the UK Government has shrunk from a number of public health promises.

The revelation has been met by disappoint by health and anti-obesity campaigners and doctors, with critics suggesting that the changes are as a result of pressure from the food and drink industry.

Earlier this month, in an open letter to Theresa May, the Food and Drink Federation (FDF) called for: “Urgent action to address economic and currency volatility and a firm commitment to avoid introducing planned burdens on business: the proposed Apprenticeship Levy and Soft Drinks Levy must be placed on pause while uncertainty persists.”

Implementations that were hoped for in the COS included a ban on sweets at supermarket checkouts, which has been dropped, and a restriction on TV ads promoting sugary foods and drinks before 9pm, which wasn’t mentioned in the draft. The document also recommends only a 20% reduction in added sugar in products rather than the 50%, which has been called for by public health bodies.

In addition, the draft stated that food and drink companies would be challenged to commit to reducing sugar and salt in their products, rather than making it compulsory.

James Cashmore, director of Soil Association Food for Life, said: “The evidence presented by health experts is overwhelming. We are facing an epidemic of child obesity, and there is a clear imperative to act with urgency.  The new Prime Minister and cabinet have an opportunity to clearly demonstrate their commitment to the health of every child through the publication of the strategy and by ensuring it includes robust initiatives that bring together government, industry, schools, nurseries and communities to create much needed change.”

In a statement issued to Newsweek, Professor Graham MacGregor, chairman of public health charity Action on Sugar and Consensus Action on Salt and Health and Professor of Cardiovascular Medicine at Queen Mary University, said: “After the farce of the Responsibility Deal where Andrew Lansley made the food industry responsible for policing themselves, it is sad to see that this is just another imitation of the same Responsibility Deal take two. It is an insulting response to the UK crisis in obesity type 2 diabetes both in children and adults. This will bankrupt the NHS unless something radical is done.”

He added: “We urge Theresa May to revert back with an evidence based robust policy to prevent childhood obesity and type 2 diabetes. This would also be a major opportunity for her to demonstrate that she is being real in trying to help people who are less well off, particularly the socially deprived. Furthermore it is a huge opportunity following Brexit for the British food industry which has led the world in reducing salt to also lead the world in preventing obesity and type 2 diabetes.”

David Ridland - October 19, 2021
This November, dignitaries from around the world are heading to Glasgow for COP26 to agree on a sustainable way forward for the world.

ABOUT US
Natural Products is Britain’s leading trade magazine for the natural and organic products industry. Published since 1993 Natural Products provides a unique campaigning edge with a strong reputation for editorial quality and is the must-read title within the industry.
Contact us: [email protected]
FOLLOW US
© © Natural Products News 2021
MORE STORIES
Guest Comment

David Ridland - October 19, 2021
This November, dignitaries from around the world are heading to Glasgow for COP26 to agree on a sustainable way forward for the world.