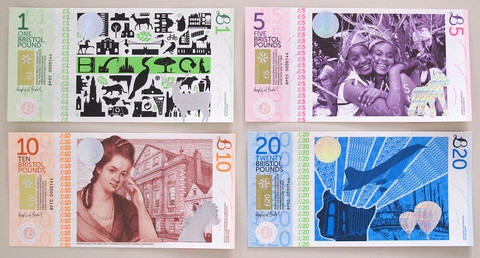 Bristol’s natural products retailers have been early adopters of the Bristol Pound, launched in 2012.

The organisation behind the scheme said this week that £529,000 of the currency was in use in the city in both electronic and note form. It has just produced a new map to help promote participating businesses to residents and tourists.

What is it, and how does it work?

• The Bristol Pound was launched in 2012 and is the UK’s first city wide currency, and the first to have electronic accounts managed by a regulated financial institution

• You can spend the Bristol Pound using mobiles, paper notes and online

• Bristol Pounds are purchased for sterling and can be spent with business members.

• Bristol Pounds are spent just like pounds sterling with £B1 equal in value to £1 sterling.

• Business accounts are available to traders that are independently owned and based in or around Bristol.