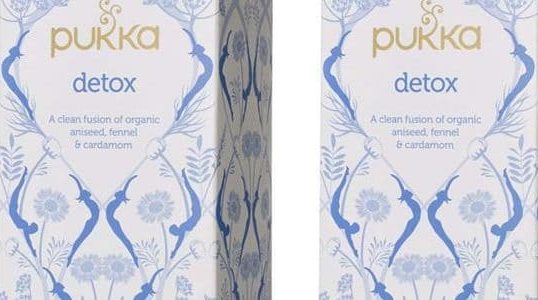 Herbal tea and supplements brand Pukka Herbs says it will continue to sell its ‘100% legal’ Detox tea product, after it was told last week by the Advertising Standards Authority (ASA) that it must no longer use the term ‘detox’ in any future advertising.

The advertising watchdog’s ruling follows completion of an investigation into complaints that the company’s use of the term breached the CAP code (rules for non-broadcast advertising).

Rule 15.2 of the code states that references to general benefits of a nutrient or food for overall good health or wellbeing are only acceptable if accompanied by a specific authorized health claim as set out in the EU Health & Nutrition Claims Regulation – the generic claim ‘detox’ does not qualify.

At Pukka, we support a sensible and proportionate approach to health. This includes any person’s choice to ‘detox’ or ‘cleanse’ their bodies

On that basis, the ASA upheld the complaint and told Pukka not to use the word detox in any of its advertising, or make any other references to general benefits of food for overall good health unless the claims are accompanied by a permitted health or nutrition claim.

The company said that it ‘respected’ the ASA’s decision and would no longer advertise its Detox tea. But it pointed out that the ruling applied only to advertising. In a statement, it said:

“The sale of Pukka Detox tea has been approved by Trading Standards and is 100% legal. We will continue to sell it in the UK under the same name until we decide to change it ahead of the industry-wide transitional deadline of 2020.

“At Pukka, we support a sensible and proportionate approach to health. This includes any person’s choice to ‘detox’ or ‘cleanse’ their bodies. The British Dietetic Association is quoted as saying, ‘the body has numerous organs such as the skin, gut, liver and kidney, that continually detoxify the body from head to toe’. This is a position that sits at the heart of traditional medicine approaches, where the aim is to support normal bodily processes, allowing them to function as effectively as possible. This may be achieved through diet, lifestyle and herbal medicines, gently and in moderation.”

Commenting on the ruling, Graham Keen, executive director of the HFMA, said: “Like many observers of this latest ASA adjudication, I am scratching my head a little. The company clearly showed a thorough understanding of the legislation, in particular the provision to allow the use of certain brand and company names until 2022 if there is evidence of them being in existence pre-2005, and it appears they were certainly able to provide evidence to that effect. That being the case, I have read the published adjudication and I’m trying hard not to arrive at the conclusion that a very high hurdle has been put in place in terms of the prior evidence of use and that this may be an example of over-reach by the ASA in this particular case.”

The ASA’s ruling will be a concern for other herbal tea brands, several of which have a detox product currently on the market, most of which would also have to demonstrate that they were covered by the transitional exemption.

But the ruling has been welcomed by some nutritionists. Ian Marber, food writer and founder of The Food Doctor brand, wrote on Twitter that he ‘had often wondered’ how the term ‘detox’ on tea products was allowed, and said it was ‘about time’ action was taken.

Nutrition consultant and TV contributor, Claire Beasley, suggested on Instagram that the ASA was wrong to consider ‘detox’ to be a general health, or health maintenance, claim. She wrote: “It worries me that the ASA deems ‘detox’ to be a general health claim … the public see it as a term associated with cleansing, flushing out toxins after a period of indulgence; a way to ameliorate or compensate for a less than adequate diet … Detox products are not innocuous. They’re misleading”.