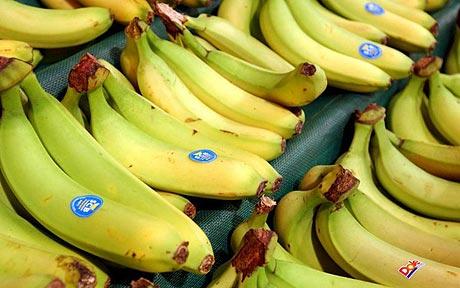 Ethical Consumer magazine (24 April) hits out today at the big supermarkets for selling bananas too cheaply and calls on them to set a realistic price that benefits workers in the banana trade. The magazine also raises questions over the fairness of Fairtrade bananas pricing.

Fierce price wars between the supermarket giants has forced down the price of loose bananas making them cheaper now than 20 years ago. But while shoppers have benefited from this race to the bottom, Ethical Consumer says that cheap bananas have spelt disaster for the four million families in the developing world who depend on the banana trade for their livelihood.

“The good news for shoppers is that bananas are as cheap as ever. However this is really bad news for banana workers who are paying the true cost of these bargain prices. On average they earn just 4 per cent of the money made from the sale of bananas in UK supermarkets.

We’re now calling on the UK’s biggest supermarkets to abandon their price wars and start charging a fair price for their bananas.”

Alistair Smith, a veteran campaigner with Banana Link which works for justice within the world banana trade singles out ASDA for particular criticism: “ASDA/WalMart’s role in leading banana prices down to unsustainably low levels is a major block to achieving decent working conditions in the banana plantations of Latin America and West Africa.”

Ethical Consumer further claims that Supermarkets such as Sainsbury’s and Waitrose that sell only Fairtrade bananas are also engaging in damaging price wars. The magazine says that “68p per kilo for bananas is not a fair price” and argues that it is sending the wrong message to consumers. It accuses the supermarkets of concealing the rising cost of production by keeping Fairtrade prices at a minimum.