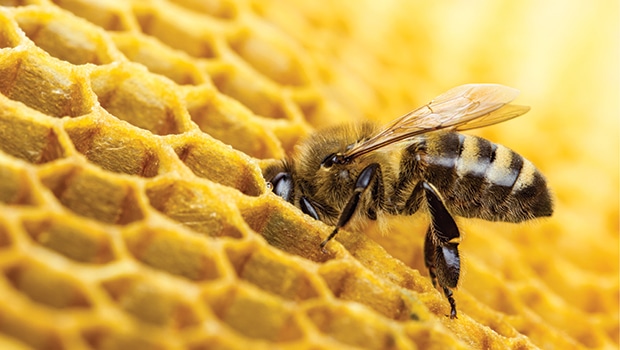 Bayer and Syngenta have been criticized for not publishing research that found high doses of their neonicotinoid pesticides cause serious harm to honey bee colonies.

Following a Freedom of Information request by Greenpeace, it was revealed that Bayer’s clothianidin and Syngenta’s thiamethoxam were both studied to discover at what concentrations they harm bees.

On its website, chemical giant Syngenta states there is “no direct correlation between neonicotinoids use and poor bee health’ and ‘the allegation that neonicotinoids-based pesticides are inherently damaging to bee colonies or populations is not true”.

In addition, in August it told Greenpeace Energydesk: “None of the studies Syngenta has undertaken or commissioned for use by regulatory agencies have shown that thiamethoxam damages the health of bee colonies and we stand by the integrity of our neonicotinoid product.”

Greenpeace says both firms admit that the studies  show a risk to honey bees, but that this only occurs at higher concentrations than would normally be used for agricultural purposes and that the effects were less marked at lower levels.

“These studies may not show an impact on honeybee health [at low levels], but then the studies are not realistic,” Matt Shardlow, chief executive of the charity Buglife, told the Guardian. “The bees were not exposed to the neonics that we know are in planting dust, water drunk by bees and wildflowers, wherever neonics are used as seed treatments. This secret evidence highlights the profound weakness of regulatory tests.”

“If Bayer and Syngenta cared about the future of our pollinators, they would have made the findings public,” commented Ben Stewart at Greenpeace. “Instead, they kept quiet about them for months and carried on downplaying nearly every study that questioned the safety of their products. It’s time for these companies to come clean about what they really know.”

Christian Krupke, an entomologist at Purdue University, told Greenpeace Energydesk: “Bayer and Syngenta’s commitment to pollinator health should include publishing these data or otherwise making them public. This work presents a rich dataset that could greatly benefit the many publicly funded scientists examining the issue worldwide, including avoiding costly and unnecessary duplication of research.”

Syngenta told Greenpeace that its study is due to be published in a journal but did not give further details; and Bayer said its study would be discussed in a forthcoming conference.