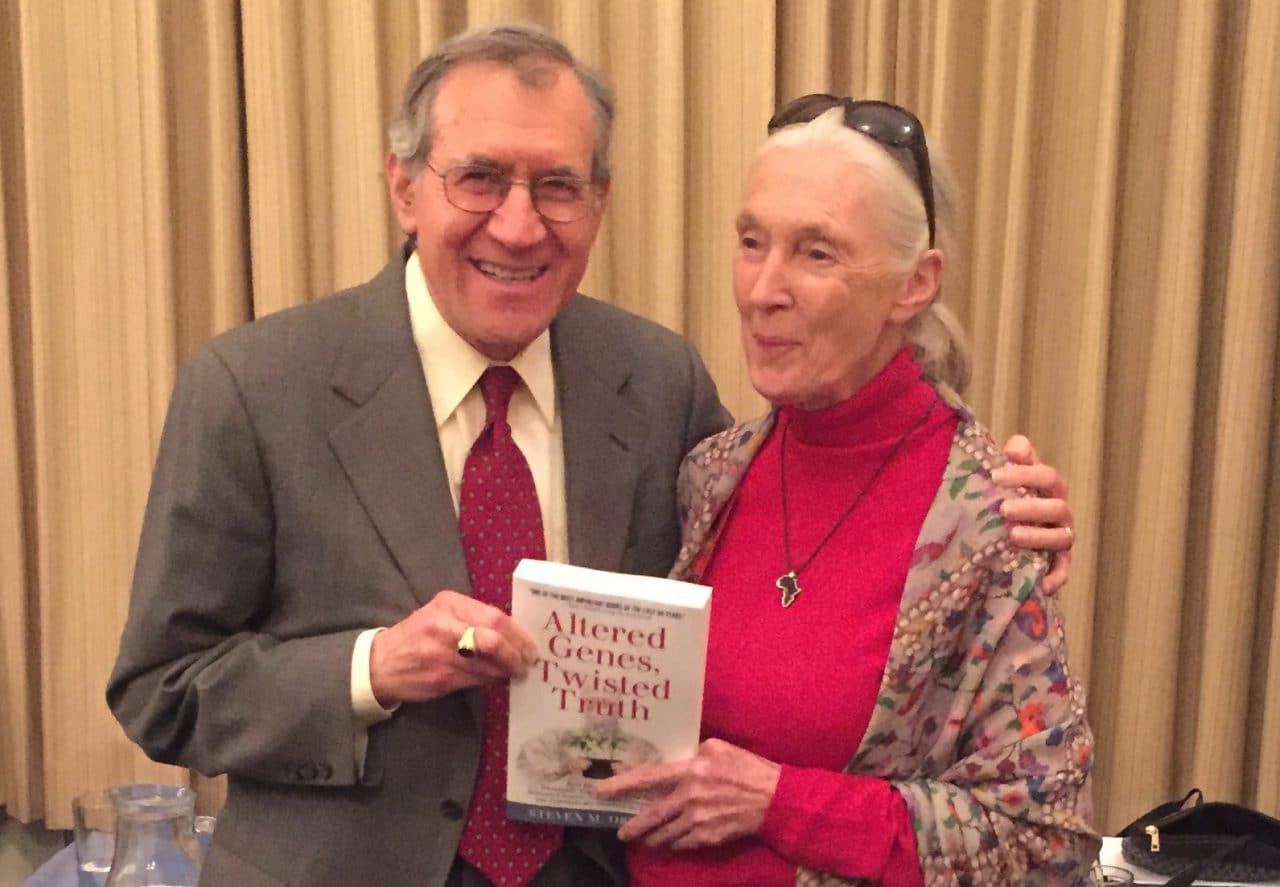 As the UK Government continues to give out pro-GM messages a book written by an American attorney reveals how the US government and leading scientific institutions have systematically misrepresented the facts about GM.

Altered Genes, Twisted Truth is the new book by Steve Druker, an American public interest attorney and executive director of the Alliance for Bio-Integrity , the lead plaintiff in a lawsuit he initiated against the US Food and Drug Administration that gained worldwide attention by exposing how the agency had enabled the commercialisation of GM foods through what he claims was “a colossal fraud”.

Druker appeared at a press conference in London last week, before addressing the all-Party Agroecology Committee at the House of Commons. He was accompanied by the world-renowned primatologist, Dame Jane Goodall, who flew in from Tanzania to support the book – and to praise Druker’s research.

Goodall told the meeting: “I know some organic farmers. I know that when the wind blows seed onto organic farms from GM crops. They love their organic status. They lose their livelihood. They are gagged because they settle out of court and that is in the agreement”.

Druker said that “what has been done in the name of science is disgusting”, adding that “we’re talking about respected scientists and institutions like the Royal Society backing GM”. He issued a challenge to the Royal Society to “come clean” about alleged misleading statements it had made involving GM.

Goodall explained why she opposed GM saying : “ It’s impact on the environment. The development of super weeds. I’m very concerned about the future health effect on people.’