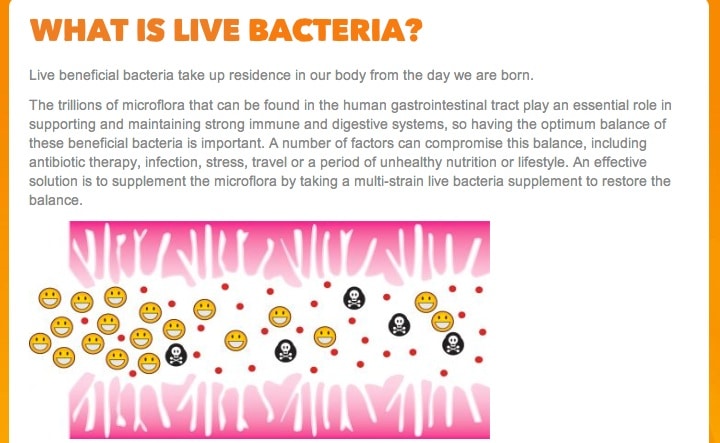 Probiotics International Ltd, owner of the Bio-Kult brand, has been told by the Advertising Standards Authority that it must not in future use the term ‘probiotics’ in its adverting.

The ASA ruling comes after a complainant challenged whether instances on the Bio-Kult website where products were described as containing “probiotic bacteria”,  “probiotic strains” or a “probiotic formula” amounted to an unauthorized health claim.

Probiotics International told the ASA that it understood that there were currently no authorized claims for probiotics but said that the term ‘probiotic’ on its website was not connected with any health claim and was simply a factual description of the ingredient in the product. The company suggested that removing the term would no longer define the type of ingredient included within the product and would itself be potentially misleading.

But the ASA said that the European Commission’s guidance stated that a claim was a health claim “if in the naming of the substance or category of substances, there is a description or indication of a functionality or an implied effect on health” and listed “probiotics/prebiotics’” as a specific example. The Agency also cited Department of Health’s guidance that says that the term probiotics refers to function in the body and amounts to a health claim.

Probiotics International told nutraingredients.com that it was substituting the term ‘probiotics’ with ‘live bacteria’, after taking advice following the ASA ruling. But it told the online ingredients magazine that such rulings were creating confusion for consumers: “In light of this regulation we are seeing new words being used to describe products, which in our opinion only adds to the confusion in the consumer’s mind, defeating the purpose of the regulation.”