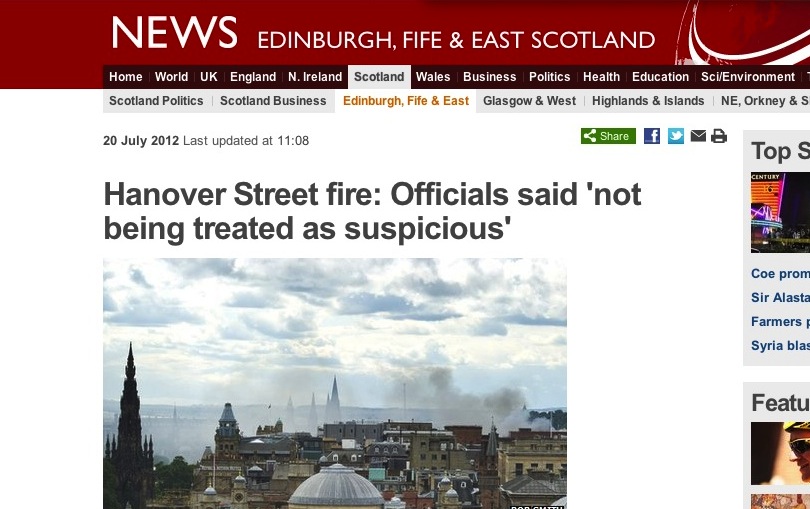 “We’re smelling a bit smoky – but determined to be open for business tormorrow”. That was message that John McKee, manager of Edinburgh-based retailer Hanover Health, posted on the Natural Products Employees Facebook page on the day that fire ripped adjoining shops in the city’s New Town area.

The fire broke out in the Hanover Street branch of Thomas Cooke, just a few doors down from Hanover Health and quickly took hold sending a huge plume of smoke over the city centre. Flames and smoke poured into neighbouring stores and it took 60 fire fighters 12 hours to bring the fire under control.

Neighbouring shops were reported to have suffered smoke and flood damage.

Picture: How the BBC reported the fire