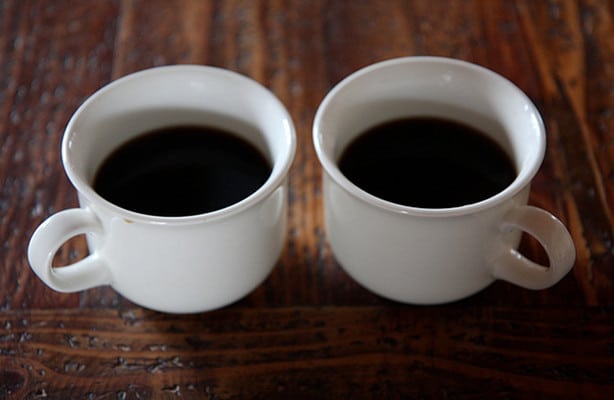 According to a study which analysed data from over half a million people across ten European countries, people who drink around three cups of coffee a day may live longer than non-coffee drinkers.

The study, which set out to explore the effect of coffee consumption on risk of mortality, was conducted by researchers from the International Agency for Research on Cancer (IARC) and Imperial College London and published in the journal Annals of Internal Medicine.

Data from 521,330 people over the age of 35 who took part in the European Prospective Investigation into Cancer and Nutrition study (EPIC) was analysed, including subjects from the UK, France, Denmark and Italy.

After 16 years, almost 42,000 people in the study had died from a range of conditions including cancer, circulatory diseases, heart failure and stroke. Following statistical adjustments for lifestyle factors such as diet and smoking, the researchers found that the group with the highest consumption of coffee had a lower risk for all-causes of death, compared to those who did not drink coffee. The researchers also found that decaffeinated coffee had a similar effect.

“We found that higher coffee consumption was associated with a lower risk of death from any cause, and specifically for circulatory diseases, and digestive diseases,” said lead author Dr Marc Gunter of the IARC. “Importantly, these results were similar across all of the ten European countries, with variable coffee drinking habits and customs. Our study also offers important insights into the possible mechanisms for the beneficial health effects of coffee.”

“We found that drinking more coffee was associated with a more favourable liver function profile and immune response,” he added. “This, along with the consistency of the results with other studies in the US and Japan gives us greater confidence that coffee may have beneficial health effects.”

Professor Elio Riboli, head of the School of Public Health at Imperial, who established the EPIC study, said: “These findings add to a growing body of evidence which indicates that drinking coffee not only is safe, but it may actually have a protective health effect for people. While further research is needed, we can be confident that the results from a large European study confirm previous findings seen around the world.”

The study was funded by the European Commission Directorate General for Health and Consumers and the IARC.

ABOUT US
Natural Products is Britain’s leading trade magazine for the natural and organic products industry. Published since 1993 Natural Products provides a unique campaigning edge with a strong reputation for editorial quality and is the must-read title within the industry.
Contact us: [email protected]ne.co.uk
FOLLOW US
© © Natural Products News 2021
MORE STORIES
Features