At its annual breakfast and briefing event in London on 6 March, the Organic Trade Board (OTB) recapped on its 2018 campaign achievements before Paul Moore, chair and executive director, appealed to the organic industry to take collective action and pledge financial support once the UK leaves the EU. 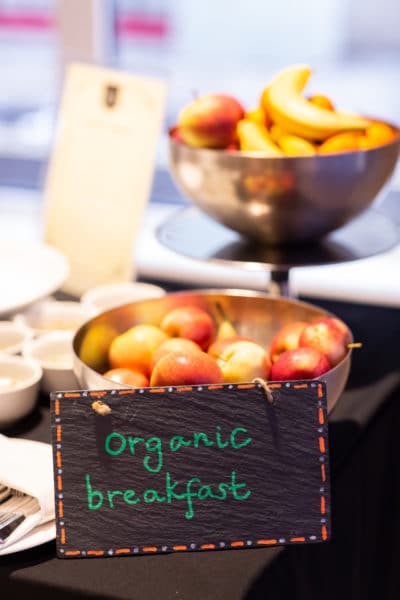 Among the primary messages the OTB was keen to impart was how the ‘combined activity of the sector has ensured reliable growth in the market for organic’, resulting in a market share of over £2.3 billion in the UK. The path towards that growth was detailed by Aileen Nicol, campaign director, in an extensive re-cap of the OTB’s 2018 marketing efforts online, in-store and in the media. “We are here to act on behalf of brand organic,” said Nicol, “to help organic grow in all sectors. We really feel the campaign has delivered in 2018. When we work together … across the sectors, we can really make an impact.”

Nicol went on to outline how the strategy will ‘remain consistent’ for 2019, centring around the OTB’s three pillars of ‘Living, Looking and Buying’ which she reports ‘is working well’. 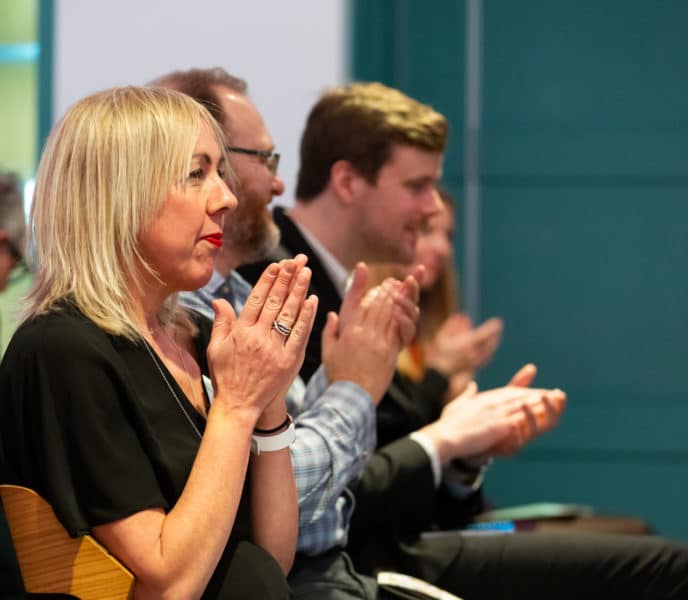 Additional success drivers the OTB is pursuing include: increased social media engagement, aided by influencer partnerships and targeted video content; the study of biometric responses to how people feel when buying and consuming organic; and an additional campaign burst in January, accompanying two other ‘key moments’ in the calendar: June and September. 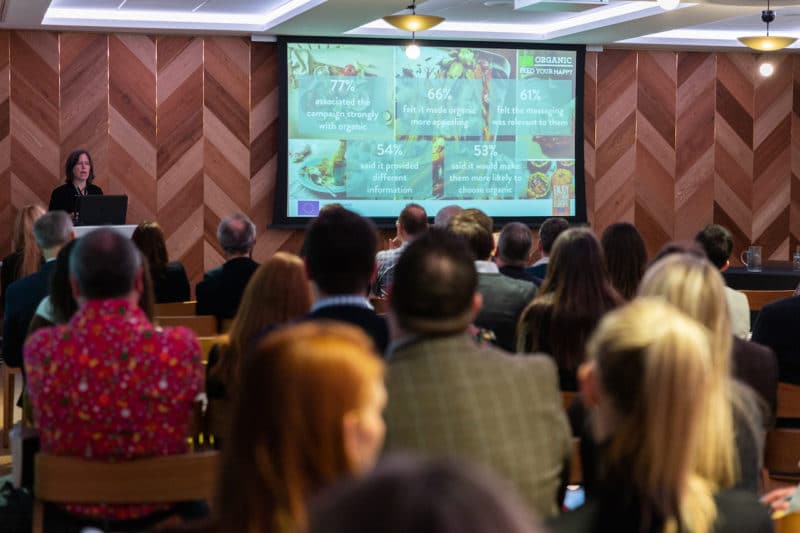 Likening the OTB to ‘the bit of oil that gets people over the finish line’, Moore said the whole industry has its own ‘part to play’ in driving more organic sales through the tills of both online and ‘bricks and mortar’ stores.

And while Brexit was not the dominant topic of conversation during the briefing, the issue of exactly how campaigns such as Feed Your Happy will be funded beyond 29 March was central to Moore’s closing speech. He explained that, historically, such operations have been 80% EU-funded and 20% industry-funded, before appealing to the room of organic advocates for investment from all sides – brands, certifiers and retailers. In his address, Moore spoke of the need for a ‘unified effort’ to ‘continue the momentum’ of the OTB’s work. 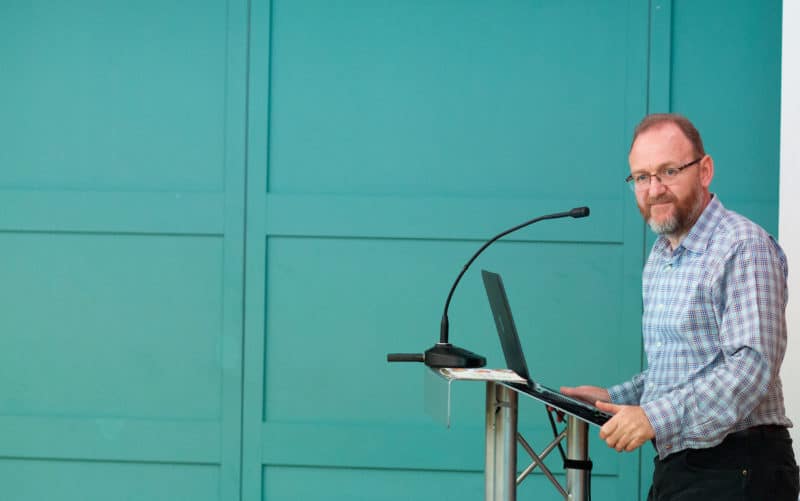 When it came to what Moore called ‘the money moment’ he pressed the point that everything the OTB does for the organic sector in future will depend on the level of funding they receive from industry: “So here we are … Brexit around the corner, EU money about to run out. We are in the realms of the unknown … No-one is going to help us; we’re going to have to haul ourselves up by our boot straps to make this happen. We want to make sure the marketing money we’re asking you for is spent as much as possible on marketing, not management.

We are in the realms of the unknown … No-one is going to help us; we’re going to have to haul ourselves up by our boot straps to make this happen 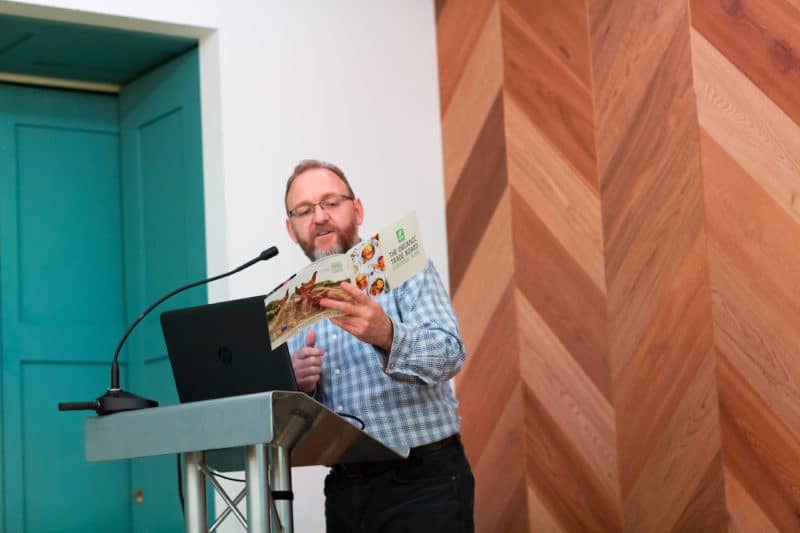 Moore stated that parties wishing to contribute a donation to the OTB’s ongoing marketing efforts would be asked to ‘sign a pledge for three years’ for which they would be invoiced annually.

Looking to the future, Moore talked of the need to ‘keep defining’ the organic campaign message. “It’s going to be an ever-changing scene. I’m quite hopeful for the future. We’ve got a real added-value story to tell … we just need to tell it in a concerted voice.”

For questions about the proposed campaign for 2020-2023, or to pledge your support, please email [email protected]