This year workers co-operative Beanies Wholefoods in Sheffield marks 30 years of trading and the celebrations are set to continue throughout the year. 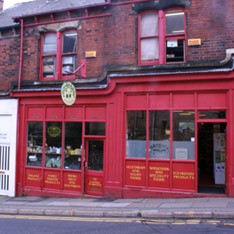 “I think it started out as a desire for the workers to provide themselves with organic produce and sort of build it up from there,” the co-op’s Heather Adams told NPN. “Back then it was quite difficult to get hold of organic wholefood and fresh fruit and vegetables.”

So how has the co-op survived the ups and downs of the past 30 years? “We let the food talk for itself. We have a fabulous mix of people in our area and customers travel across town to come to us because they know they can always rely on us to give them quality and a good range.”

As far as the natural food market in general is going, Adams says the store has seen a definite surge after the recession. “The market is picking back up again – with the recession it went through a slump with people cutting back and tending to question how much they are spending rather than where their food has come from. But that is definitely on the rise again now in the last couple of years, particularly fresh fruit and vegetables. People are questioning where their produce come from and whether it’s local – which a lot of ours is – and organic as well, which is where people are heading to now.”

The store hasn’t undergone any drastic changes because, as Adams says, its ethos has remained the same – to supply fresh organic and wholesome wholefoods. However, the clientele has changed. “We have a lot more young people who are interested in health and food and we have many more customers who are interested because of health issues – but we also still have the people who have been shopping with us since we very first opened.”

So what other changes has the store seen? “There’s much more variety available now. There’s been a big upsurge in veganism and there are lots of fabulous new items available, especially on the chilled side, which has really expanded. We don’t do a lot of ready meals because we tend to encourage people to cook from scratch, but that side of the market has expanded incredibly in the last ten years.

“Convenience foods have grown and there are some great products on the market, like cooked and ready to use lentils in pouches, quinoa, all those wholefood grains have really taken off in the last ten years.”

To celebrate the anniversary, the co-op is doing something different each month throughout the year to say thank you to its customers for their continuing support over the years. “We had a local picnic in the park and invited the local community – it was on a Bank holiday and it didn’t rain! We had a beautiful vegan chocolate birthday cake provided by Blue Moon, a vegetarian café in town, which we’ve been supplying for nearly all the time we’ve been here.

“We also do an organic box scheme so there’s a golden ticket going out each month in one of the boxes so and will get their box for free, we’ve also got a golden ticket that we’re hiding on an item in the shop each month so if someone gets that they win the item. Pedal Ready also organized a 30-mile 30th anniversary bike ride for us which 28 people attended – a very good turnout for hilly Sheffield!

“Sheffield has changed and is now quite a foodie city. Ten years ago there weren’t even any organic bakers, now we’ve got artisan bakers, we’ve got new delis opening up, fabulous cafés and restaurant that are catering for everybody not just a certain sector, we had a vegan fair on Saturday – so it’s all foodie based, not just hippy-based! It’s good for everybody.”