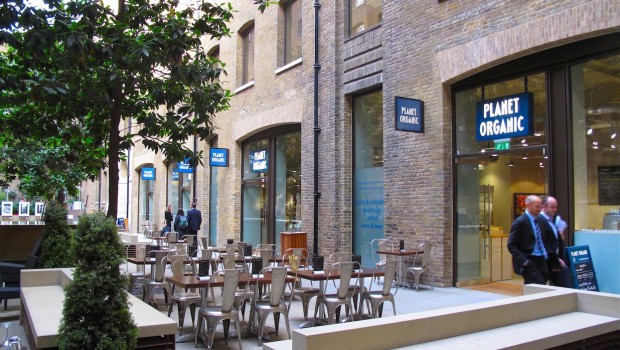 In 2014 growth among independent retailers significantly outpaced that of the supermarkets, according to the recently published Soil Association Organic Market Report 2015.

The report reveals that sales outside multiples rose by 8.7% to £558.6 million, exceeding £10 million a week for the first time and representing 30% of the organic market.

A recent Soil Association survey revealed that in 2014 64% of the independent retailers sampled had seen their sales grow, with 24% reporting no change and only 12% seeing a drop in sales. Whereas in 2013 growth was dominated by larger retailers, particularly in the South East, now more small businesses across  a greater area of the UK are growing again, the organization says.

Whole Foods Market, Planet Organic and As Nature Intended – the three biggest high street  chains specializing in organic products – saw combined sales increase by over 10% in 2014, with the first two each opening a new store in London.

The Soil Association report reveals that 65% of Planet Organic’s customers fall in the under-40 age group and puts this down to increasing levels of health consciousness and nutritional awareness. In response to this trend, the store has launched a range of own-label ‘free-from’ organic foods containing no soya, dairy, gluten or refined sugars, and this is due to expand to 100 lines by the end of 2015.

The report found that box scheme and online sales increased by 11.7% to £216.3 million in 2014, with the two biggest box schemes, Abel & Cole and Riverford, experiencing an increase in sales of 16% and 7% respectively.

Wholesale turnover was by 6.8% in 2014, and those surveyed by the Soil Association said they had seen the strongest demand in the organic baby food, grocery and health and beauty sectors.

The report found that the four biggest wholesalers supplying the independent sector achieved net sales growth of 16% and that they all expect further growth in 2015 which the Soil Association sees as a positive reflection of strong consumer demand through independent retailers and online.