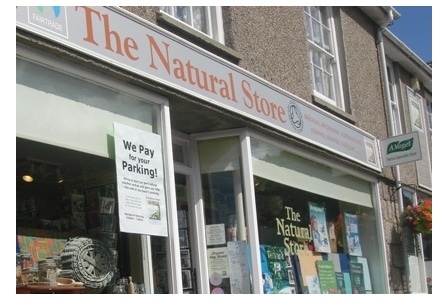 Cornwall-based retailer Paul Johnson came up with a dramatic way of highlighting to his local MP all the supplements that could be lost if vitamin levels are capped at “silly levels”.

On the day that Lib-Dem MP for St Ives, Andrew George, came along to visit The Natural Store’s Helston branch Johnson had stuck a red label on all products that would be threatened if maximum permitted levels (MPLs) of vitamins and minerals are set at very low levels by the European Commission.

“I was looking for a dramatic way to illustrate just what is at stake,” he told Natural Products. “What we were able to show was that in one range alone some 17 products could end up being banned.”

Johnson says that Andrew George MP – a member of the Health Select Committee – was already clued up on the issue and personally takes the view that maximum limits should be set at widely agreed safe levels. “We showed him what could happen to key nutrients if we ended up with the RDA type levels that France and Germany seem to be pushing for,” said Johnson. “We feel we got a very sympathetic hearing from Andrew George and he has agreed to take up the issue with other like-minded MPs and try to get it debated in Parliament. 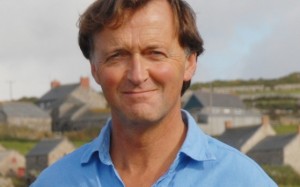 “I think that whatever the political complexion of your local MP there is bound to be at least one route to get their attention – whether it’s the health of the high street, freedom of choice or the current burden on the NHS.”

Johnson, a member of the National Association of Health Stores, says he was well briefed on how to approach his local MP on the issue by both the NAHS and Consumers for Health Choice. “Having that expert knowledge and support from both Sue Croft at CHC and Avril at NAHS made the exercise really quite straightforward,” he told us.

The story has now been taken up by the local paper – the West Briton – and a feature on the MP’s visit is due to appear this week.

“What concerns me most are our customers who come to us for therapeutically effective supplements, not mass market products capped at silly levels”

Paul Johnson, who has three stores in Cornwall, says: “Ours are more food-focused shops than some in the health food trade, so we’re perhaps less vulnerable to a worst-case scenario on MPLs – many stores risk being put out of business. What concerns me most are our customers who come to us for therapeutically effective supplements, not mass market products capped at silly levels.”

The NAHS’s Avril McCracken commented: “The NAHS encourages its members to be proactive in lobbying both the UK government and the European Commission as we believe that the best way to go about this is to get as many MPs and MEPs on our side as we can. The Natural Store has shown what can be done and we would encourage our members to copy this example.”