The NAHS Radio is designed to create an inviting atmosphere within store as well as acting as a veil of privacy for customer conversations and increase staff motivation as well as customer dwell time. 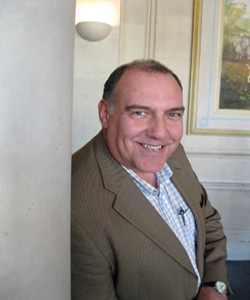 Inspired by a supermarket’s instore radio playing The Pogues’ Fairytale of New York a few Christmases ago, Garry Trickett, chairman of the NAHS, decided it was time the same kind of service was available to independent health stores.

Normally a shop requires two licences to play a song, which is often cost prohibitive for a small store, but working with Amazing Radio, the NAHS has developed a system, which offers a wide selection of licence-free music.

Subscribers to the service, which costs £130 per year, will receive a boom box with a selection of songs, and thereafter will get a new randomized playlist on an SD card each month for free. To further drive sales, adverts will come on every 20 minutes or so, initially with generic adverts, but later these will be branded.

With frequent product adverts, the system has been proven to increase sales by as much as 10% per annum, says Trickett.

He believes that with this system, everyone’s a winner: “The retailer wins because their turnover goes up, the suppliers win because they are paying for advertising which is generating more sales and the NAHS should win because we will increase the amount of income that we get and we can be be more proactive at trying to get more people into indie health food stores.”

Superfoodies serves up brekkie
What does it actually mean to detox?