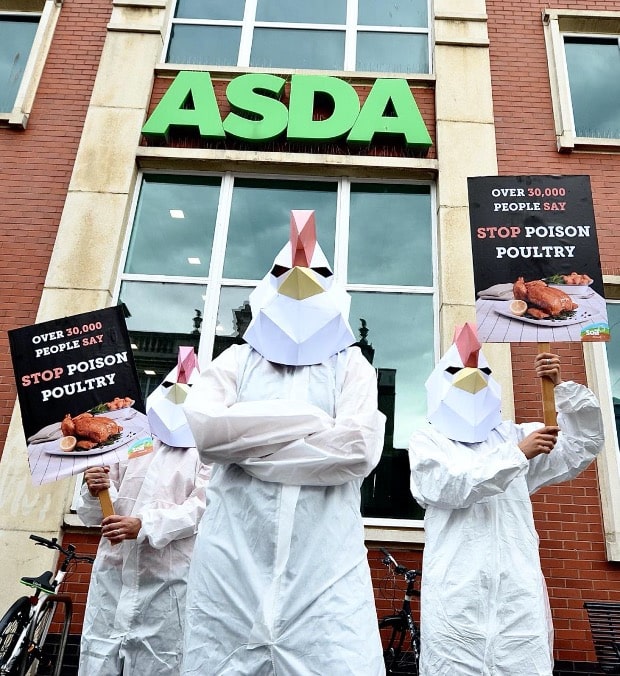 Over 30,000 people have signed the Soil Association’s (SA) Stop Poison Poultry petition calling on retailers to tackle pesticide poisonings linked to the chicken being sold in supermarkets.

The campaign highlights that toxic chemicals sprayed on Brazilian soya fed to British chickens are threatening endangered wildlife in the Amazon as well as South American farm workers and their families, yet none of the UK’s leading retailers monitor or restrict the use of these pesticides in their soya supply chain.

The petition was handed to an ASDA store in Bristol, near to the SA’s headquarters, on 12 July by campaigns advisor Cathy Cliff, with copies also sent to Aldi, Co-op, Iceland, Lidl, Marks & Spencer, Morrisons, Sainsbury’s, Tesco and Waitrose.

“British shoppers should be able to buy products that aren’t linked with environmental destruction, but unfortunately this can’t be said for most chicken on our shelves,” comments Cliff. “The soya British chickens are eating is linked to the deaths of precious wildlife in South America – bees are being wiped out by the billion, and the bodies of animals who eat insects, like birds and bats, are being found with a cocktail of chemicals in their bodies.

“These poisonings are not the fault of our farmers or retailers, but the evidence is deeply concerning, and in a letter dismissing our campaign the Brazilian embassy labelled the poisonings as ‘not a cause for concern’. 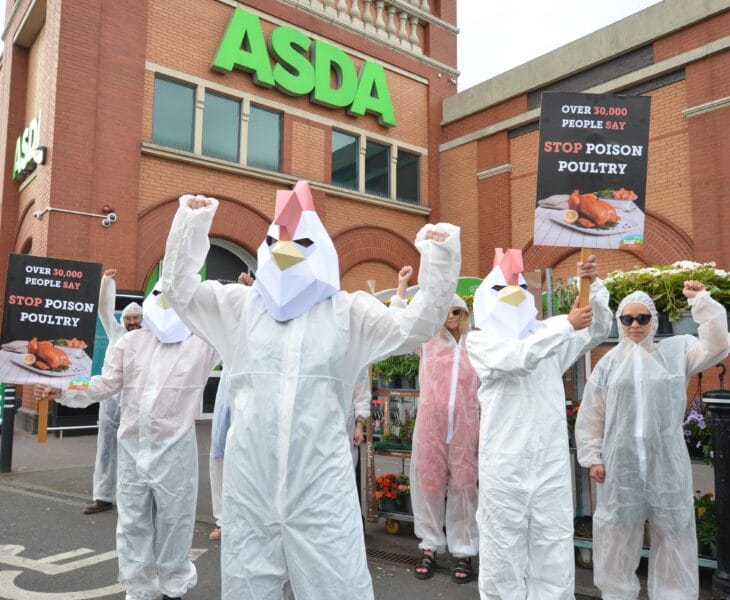 “That’s why we’re asking UK supermarkets to lead the charge and use their considerable power to demand action from Government and bring about real change by cleaning up their supply chains.”

The UK Government could help address the issue by introducing ‘maximum residue levels’ for all produce used for animal feed, including soya sourced from Brazil, says the SA.

A meeting with SA advisors and Aldi corporate responsibility team members in June was described as ‘positive and encouraging’. “It was the first step in what we hope is a journey to a more sustainable food system in the UK – one that does not enable farming practices abroad that would be illegal to carry out here,” says Cliff.