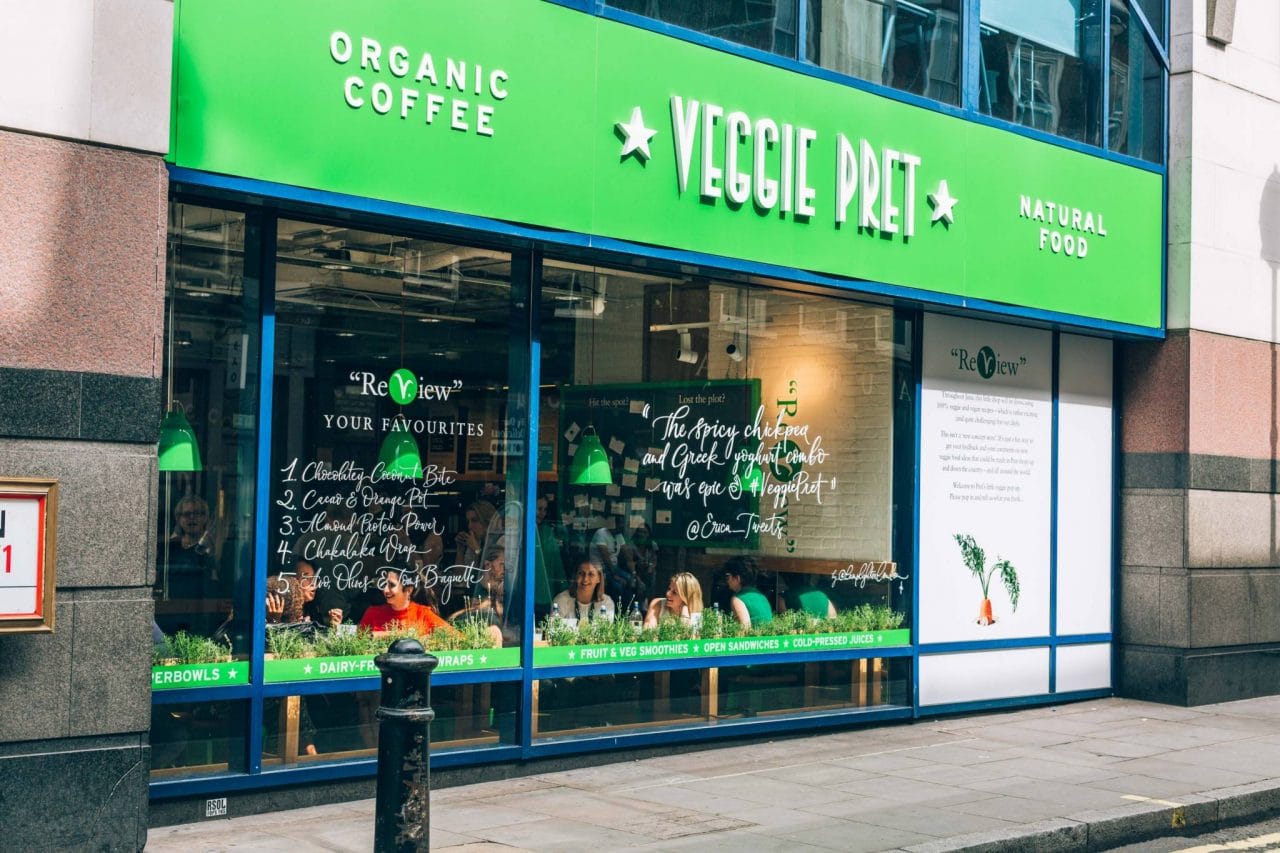 Pret A Manger says its ‘pop up’ Veggie Pret store in Soho is to become a permanent fixture, and further vegetarian-only Pret cafés are in the pipeline.

The organic coffee and natural food chain says that sales at the pilot Veggie Pret have far exceeded expectations, and the store has generated over 20,000 customer comments in just 12 weeks – including an emailed thumbs up from Sir Paul McCartney.

Clive Schlee, CEO of Pret A Manger, commented: “Pret’s goal is to encourage meat eaters to try more veggie food by making sure it looks and tastes better. I know from experience in cooking at home that this isn’t easy. Our chefs seem to be getting it right because anecdotally over 50% of customers at Veggie Pret say they are regular meat eaters. Our early insights remain true – vegan dishes and sweet treats are the biggest-sellers and the Cacao & Orange Pot has sold ten times the number we’d predicted!

“We are now debating where to open the second Veggie Pret. The odds are that it will be a visible corner in the City of London, where we can convert an existing shop to a pop up and see if it resonates with city workers before deciding whether or not to make it permanent. I hope we can bring Veggie Pret to more cities in due course – have just been told about a well subscribed petition to convert one of our two shops in Cambridge to Veggie.”