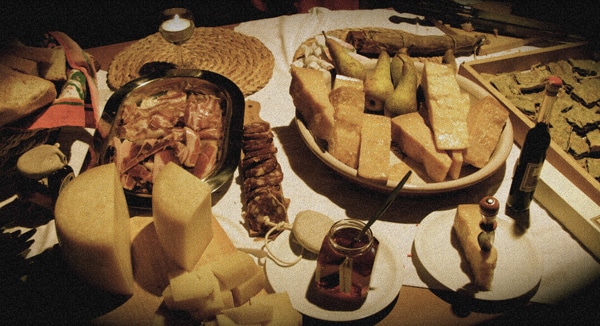 You Aren’t What You Eat takes pot shots at fetishistic ‘foodists’ while eulogising genetic engineeringists. Craig Sams can only despair at its author’s warped logic.

Stephen Poole writes for The Guardian and has authored a fascinating book on video games in which he explores and describes video games as ‘semiotic systems that provoke aesthetic wonder.’

Time to confess.  Not many people know this, but I am in the very highest rank globally of players of the Raw Thrills arcade game ‘The Fast and the Furious.’ I am also (blush, blush) the world’s number one in Namco’s classic Propcycle game.  So I am well into the aesthetic wonder of arcade games, in the true Clive Bell sense of emotional immersive aesthetic experience. I get the buzz. Poole articulates what gamers like me feel when they play and gives intellectual backbone to what shallower souls would condemn as adolescent time-wasting.

So I Kindled this book with high anticipation.

You Aren’t What You Eat sets out to debunk wide swathes of food culture.  Its basic premise is that we have ponced up food ridiculously, taking something as boring and fundamental as keeping alive and turned it into a recreational obsession.

With a title like that you’d think that he might have a proper go at Gillian McKeith. Indeed, he does, but she is a small player: he’s after much bigger game in his shooting gallery of culinary and gastronomic targets. In fact the people who get put down in this book are so admirable that I feel somewhat humbled to have been elevated to their company. Gwyneth Paltrow, the Prince of Wales, Heston Blumenthal, the Soil Association, Nigella, even the saintly Delia, all wither before his fire.  Even Elizabeth David gets a barb or two. But, when he finally gets to the subject matter of his title, it is Craig Sams that gets the kicking.

In this book the starving poor are dying because rich middle class liberal ‘foodists’ won’t let them enjoy the abundance and benefits of GM crops that will resist drought, insects and grow like billy-o.    There is a several page paean to Monsanto and the wonders of genetic engineering that could have been written in 1996, so naïve and credulous does it read.  The Soil Association care more about a ‘hunk of rock’ in space than they do about the people on it.  If vegetarians care so much about living things, why do they chop up innocent carrots?  Don’t look for logic or rationality here, this is a fogeyish rant.

I wondered at first what this book reminded me of and then I remembered: Kraft-Ebbing, author of Psychopathia Sexualis.  This was a 19th Century tract that pruriently described case histories of sexual antics of all kinds and then condemned them one by one as deviant and perverse.  In the days before freely available internet porn, i.e. back in the 50s when I was a lad, this sort of stuff was where adolescents got their sex education. We’d just skip that last tedious moralising bit at the end of each of the 238 case histories. You Aren’t What You Eat is the gastronomic equivalent.  There are lurid case histories of every aspect of ‘gastroporn,’ covering everything from the gluttony of ancient Rome and Mesopotamia right through to the latest blow-torched culinary excesses of Heston Blumenthal.   Each drooling description of foodie antics concludes with a sharp moralistic condemnation.  As with Kraft Ebbing, you get the voyeuristic thrill, then the shutters close and you get the moralistic lecture about the evils of letting things get out of hand.

I’m not sure that Poole gets the point of foodiesm.  He tries to take it too seriously. Food is fun. We love it.  It’s a chance for us to let our hair down and get a bit frisky and to get out of our ruts.  We eat to live and we live to reproduce.  We love food and we love sex.   We love them because they are F-U-N.  Serious fun. As long as nobody gets hurt, what’s the problem?

Perhaps the answer lies in his attack on me.  Like every faithful reader of NPN, he has read my article on Epigenetics, which sets out the diametrically opposite argument to the title of his book.   You remember, the one where I wrote about the recent discoveries by molecular biologists that your DNA changes in response to dietary and environmental factors and that these changes become ingrained in your children and grandchildren.   So I wrote

“There is a responsibility here, too – we owe it to future generations to do right by them.  We may have bankrupted their financial future, but we shouldn’t plunder their piggybank of health as well.”

Sorry, I know this review is about Poole’s book, not about me, but you’ll see where I’m going with this.

He goes on to acknowledge (he must have read the same Guardian article last year that I did) that this food-changes-your-DNA thing does make sense.  So…you are what you eat.  Ah, but the trials were with rats, Poole writes, so let’s not jump to any premature conclusions abjout whether food will change human DNA. Well, I’m as sensitive as the next anti-vivisectionist, but if you believe the science then what happens to lab rats is a pretty good indicator of what happens to people.  He knows he’s on weak ground here, so he changes tack and goes after me for guilt-tripping parents to make them enjoy delicious wholesome food instead of whatever Poole would have them eat.   Nobody likes a blackmailer and Poole’s response to my  ‘moral blackmail’ is presumably to eat a Mega Mac and chips just to show his grandkids that they can’t intimidate him about their heredity.

But this is the heart of the matter. Either you are or you are not what you eat. You can’t be both. Poole admits that you indeed are what you eat but then says that we shouldn’t feel morally blackmailed by future generations to pass healthy DNA to them. OK, screw future generations, but I still want my DNA to be pretty healthy. If there are genetic causes of disease and food changes your genes for good or for bad then food can be a cause of disease. This is the ‘You are what you eat’ argument proved by the science of epigenetics, begrudgingly agreed by the author of a book that has a title that states the opposite.

Confused? Just keep eating the GMOs and for goodness sakes, don’t have any fun while you’re at it!

Organic food pioneer and polemicist
Craig Sams is Britain’s best known natural food pioneer. He is the founder of Green & Blacks, a former Soil Association chairman and the author of The Little Food Book.