Whether it’s beautifully arranged plant-based dishes on Instagram, animal rights billboard campaigns, or lengthy features in Sunday supplements of our national newspapers, veganism is increasingly present in our lives.

As this ethics-driven lifestyle has made its way from health food shops to mainstream supermarkets, retailers are starting to take notice.

A new vegan range from Danish innovators Naturli’ Foods has just entered the British market – and Sainsbury’s has put a twist on it by placing the products shoulder-to-shoulder with conventional meat.

This is a first in retail innovation, as most supermarkets decide to throw vegan items into the ‘free from’ aisle or designate an exclusive section for all those ‘special’ vegan products.

But we vegans don’t feel that special!

We want others to try vegan food and fall in love with how delicious, nutritious and cruelty-free it is. We can’t do that if we’re constantly given exclusive ‘vegan only’ supermarket aisles that non-vegans are afraid to wander into.

Not just for vegans

Vegan products are suitable for most diets and religions, and often constitute a safe food option for all. A vegan offering makes clear commercial sense; it opens up the potential market to not only half a million vegans in Britain, but also to a million more vegetarians, the huge number of meat and dairy reducers, the lactose intolerant, followers of certain religious groups, the health-conscious, and others who simply enjoy vegan food from time to time.

It’s refreshing to see Sainsbury’s recognizing that vegan food is just, well, regular food, and giving it a spot in their stores right where the customer would expect to find it. In the US, placing the plant-based Beyond Burger next to conventional meat proved to increase sales for the vegan meat alternative.

Walking past the meat aisle is one of my least favourite things to do but if it means more non-vegans will be tempted by vegan products, I’m all for it.

Far from being a fad

It’s incredible that the word ‘vegan’ didn’t even exist until 1944 when The Vegan Society’s co-founder coined it, but can now be seen on menus and products around the world. With the constantly growing level of interest in our lifestyle, we’re glad that everyone is beginning to understand why we ‘can’t just have the cheese sandwich’.

Our decision does not come from a desire to be difficult or a need to be noticed, but from a deep-seated belief that veganism is the best choice for animals, the planet and our health. This landmark move by Sainsbury’s positions veganism as a mainstream lifestyle, not the marginalized choice it was once misinterpreted as.

With the huge number of people moving towards a compassionate, more sustainable and healthier plant-based diet, it’s not just vegans who buy vegan food. Some of us (myself included) do like the taste of meat, but we think an animal’s life is worth much more than our five minutes of pleasure. Easily accessible alternatives to meat enable people to enjoy the flavours and textures they’re used to eating but without harming animals.

Last year, a VoucherCodesPro study found liking the taste of meat was a top excuse (81%) as to why people don’t go vegan. Convenience and taste are often quoted as reasons but the reality now is that it takes a split second for your hand to reach for the vegan alternative instead of meat.

Is there really an excuse not to go vegan right now? 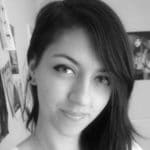