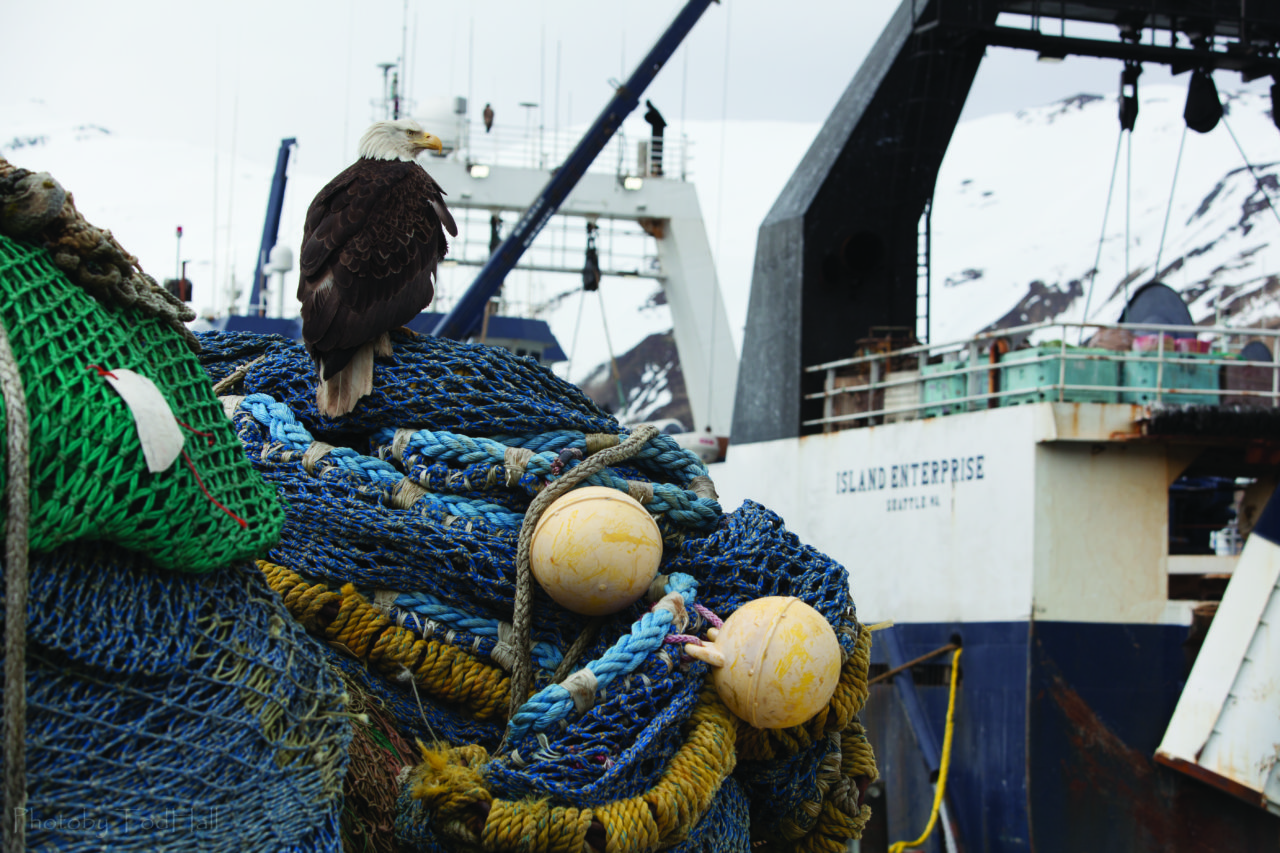 When Alaskan fish oil manufacturer Wiley’s Finest first hit British shores some three years ago, it discovered a calibre of consumer unlike anything the brand had encountered in the US. Here, CEO Sam Wiley, tells Rosie Greenaway how he navigated new waters and what sustainability means to the brand.

Was it challenging to launch in the UK so soon after your US debut?

If we’d known the effort we’d have to put into it from the start we’d have been less bold! It’s a very strategic move for us to be here. We saw an opportunity; some of our major competitors were focusing on the UK. It’s a lot of work to support the brand in two countries with two different markets. Was it a good idea? We think so. My family have always been Anglophiles. 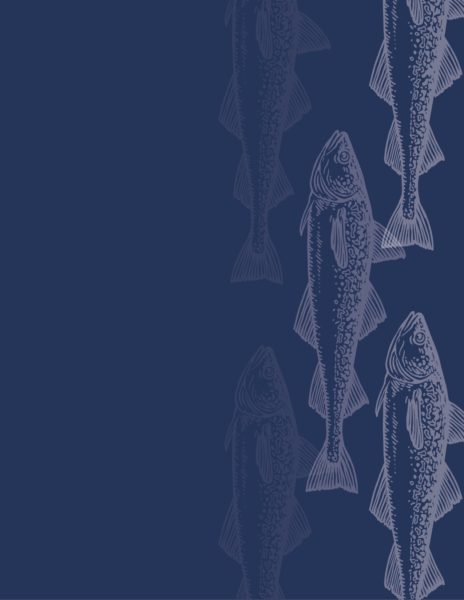 What key differences have you observed in the UK?

The British like to read! Americans don’t read. We’re regressing into a nation of people who think in pictograms. Our work with Brandnation PR is instrumental [in the UK], but in the US it doesn’t matter – we don’t even have PR. It’s very sales-driven. I also think the British market tends to lag behind in trends.

Give us an example of something that caught on faster in the US.

Vitamin K2. If our brand commits any unforgivable sin it’s that we’re usually formulating something that’s a little too clever, nerdy or science-driven and not quite popular enough yet. When you look at the clinical science that backs up fish oils with K2 it’ll knock your socks off. When you look at how well-known K2 is – not so much. It’s not one of the hottest trends in natural products – it should be, if you look at the science. It should be as ubiquitous as vitamin D. Our strategy skews towards launching a product because we want to bring a solution to the market, not necessarily cold profit calculus. We do it because we believe it.

How is your sector is doing with sustainability?

As a whole it’s quite good. It gets a bad rap because people don’t understand the supply chain. But the supply chain is topical right now. Traceability throughout the supply chain is really important. All of our products are MSC certified from 100% Alaskan Pollock, which is unique. Alaska leads the world in sustainable seafood practices. It’s considered the most well-managed large-scale fishery in the world. When we launched, we used a species caught off the coast of Oregon, also certified sustainable, with a higher omega-3 content [but] it didn’t make a good story. We made a tiny bit more money but it was confusing; we didn’t get a single species source. Five or six years ago we flipped the switch to single species pollock. We’re the only concentrator of it in the world.

There are so many dimensions to sustainability. It’s such a broad word

Is environmental activism a factor?

There are non-profits engaged in environmental advocacy, in being a voice for commercial fishing sustainability, but in my view but groups like Greenpeace are more radical – I get the impression that from their standpoint no one should eat seafood. Never mind that something like 20% of the world’s protein comes from wild-captured seafood. In simple numbers, if you take 20% of the world’s protein out of the food supply you’re going to deforest an unbelievable amount of land in order to make that up. You don’t get something for nothing. There’s always a flipside to any kind of human activity.

How do you demonstrate your commitment to sustainability?

For us it’s obsession over resource and knowledge of sustainable fishing practices. There are so many dimensions to sustainability. It’s such a broad word; I don’t particularly care for it because I don’t think it means anything to people. What our brand can do better than any other fish oil brand is demonstrate our intimate working knowledge of the fishery, the ingredient manufacturing practices, how things are caught, how fish oil is purified – it’s a level of transparency that most consumers don’t care about. Most consumers want to know that you have it, but they never look at it. And then once in a while the right consumer, influencer, journalist or store owner wants to know. 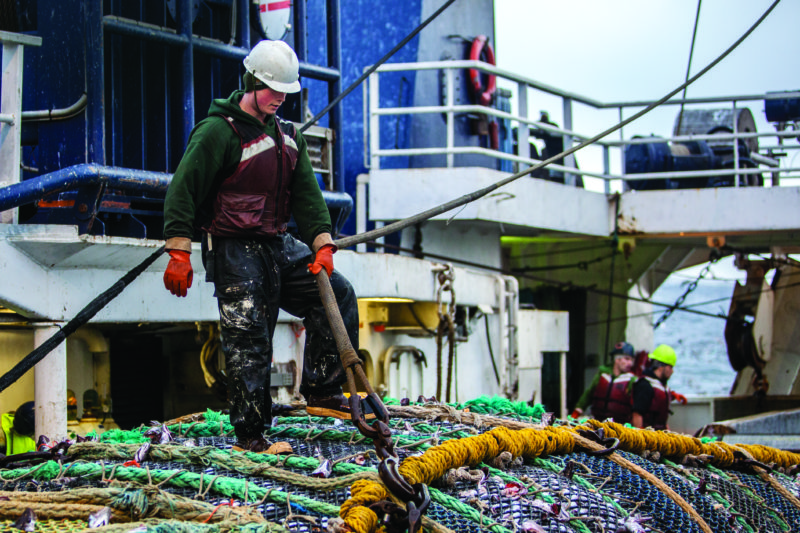 And if retailers want in-depth education?

Want to go on a deep dive? Pull up a chair! We’ve got the information! Once you get past the fishery side we can spend a lot of time talking about the manufacturing process. We’re transparent about that almost to a fault.

Explain some concerns in fishing practices.

Ghost fishing is a huge global problem. It tends to be more in Asia. What you see is a kind of arbitrage; companies go to a fishery in a country that has a high corruption index and poor fishery management practices and they just start fishing, because it’s cheaper and you can bribe somebody or use foreign fishing vessels. A lot of the more sophisticated countries don’t allow foreign fleets.

How important is educating customers in-store?

Oh, it’s the number one thing an independent retailer needs to do to compete with Amazon. You need to focus on in-store education and knowledge. That’s what’s going to drive your business. That’s something we’re very committed to.

Has the booming vegan movement been a consideration?

We think about it all the time. It’s a tricky topic. Veganism is well-intentioned but I think if you look at the hard data about the healthiest diet one can eat it’s probably a pescatarian diet. I always tell people there are wonderful vegan DHA or algae based supplements. We would love to launch an algae product, we just haven’t found one we’re satisfied with. A lot of seaweed tends to be quasi wild-crafted; some of it’s farmed, some of it’s wild, some of it’s loosely ‘farmed’. The difficulty with the algae industry is that you have to grow an algae cell to a level of juvenile maturity and harvest it at the right moment in order to break the cell wall and get the fats out – it has to be done in a fermentation tank in a controlled process. What do you typically feed it to grow? Corn syrup, right? Because that’s the cheapest sugar you can buy globally. Manufacturing is all about trade off; what do you want?

You need to focus on in-store education and knowledge. That’s what’s going to drive your business 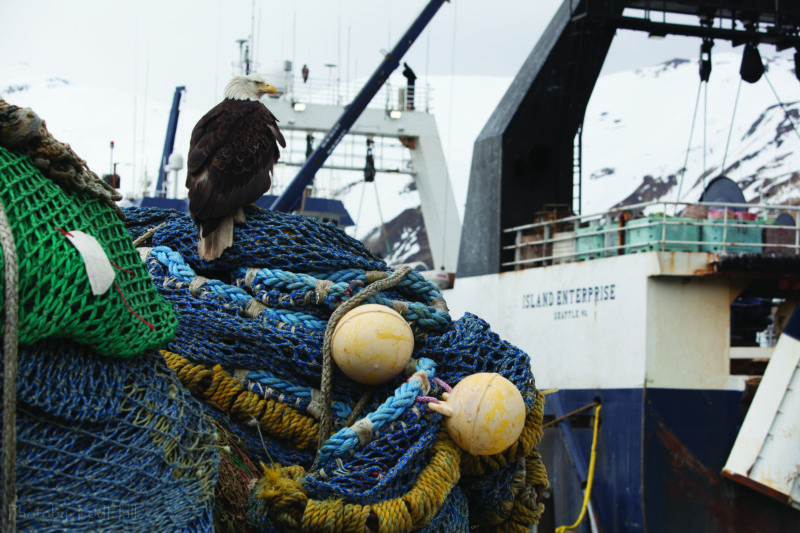 What’s next for NPD?

We have a pretty robust pipeline. Shortly we’ll be announcing our eye health product: 500mg of omega-7 palmitoleic acid isolated from Alaskan pollock, plus lutein, astaxanthin, bilberry, zinc and vitamin E. Our approach to formulation tends to be focused on products where the science is well established and where there’s a massive amount of research behind the ingredients but the retailers have forgotten about them. Lutein is great as an eye health product but most stores have no idea what it does. The primary point in your body where you store lutein is in your macular; the centre of your retina. It acts as your body’s internal sunglasses that protect the DHA phospholipid membranes in your eye and brain tissue from UV damage. My daughter, aged six, has a much higher likelihood of developing age-related macular degeneration when she’s 65 than my mother did, because my mother grew up watching a cathode ray tube TV that didn’t emit much blue light. I make my daughter go outside and play but that’s because I’m eccentric – it’s not common! There’s a company which developed a simple, rapid eye test called MPOD that screens your macular pigment optical density; it correlates to the amount of lutein in your diet. We’ve piloted this with some of our customers.

And you’re launching a cholesterol product at NPE?

Absolutely – NPE is a big focus for us. Cholesterol support isn’t the sexiest product; it’s not been a runway success in the US. So many people are told they should be on statins that it’s hard to compete with that. Conventional medicine completely drowns out the conversation. But it has some of our biggest superfans; people who understand it works. It’s half fish oil and half plant sterols. Most plant sterols are made from GMO corn and soy but we use a non-GMO North American pine tree sterol source. It’s kind of clever and unique. It’s not a magic bullet, but, conservatively, people see about a ten-point reduction in their LDL. With a combination of fish oil, it’s possible to see a 20-point reduction. We think this will be a good sleeper hit. Sometimes it’s less about total product volume and more about that loyal following. That positive, meaningful impact on people’s quality of life, their wellbeing: that’s the reason we do what we do.

Any parting words of wisdom?

My father always says, “If you’re not having fun, you’re not doing it right.”