Craig Sams offers an alternative perspective on the culture of prescription drug addiction, saying a natural solution could be more effective in treating depression

A conversation took place three years ago between a good friend of mine and her doctor. Her husband had left her and she was extremely depressed. She went to see her doctor.

The doctor gave her a prescription for a very addictive 30mg pill that she would have to take every day for the rest of her life. She would sometimes be more prone to suicidal thoughts and less inhibited about acting on them. If she ever tried to stop taking them because she couldn’t stand the side effects, the doctor would not be able or willing to help. She eventually went cold turkey and now experiences periodic electric shocks in her head; which other people who have given up call ‘the zapps.’ Some people reduce the level of addiction by gradually reducing the dose level from 30mg to 26mg to 24mg to 22mg, right down to 6mg or 4mg, at which point it is much easier to get off. But no drug company provides that means of escape. If you go on the internet, there are some people in Holland who will provide you with reduced dose pills that make it a lot easier and safer to give up, but neither the NHS nor any drug company or doctor will help you with that.

What the doctor could have said: “Go out to a field and select half a dozen psilocybe cubensis mushrooms and eat them. Sit down in a comfortable spot and let them take effect and enjoy the journey. If that doesn’t do the trick completely, repeat after five weeks and you should be fine.”

Of people who take psilocybe just once, 94% experience a dramatic remission of anxiety and depression. The New Scientist recently called on the government to allow mental health researchers to study psilocybin. They do now, but the subjects have to buy it on the black market which invalidates the clinical results. If everybody who was depressed just took a few mushrooms the drug companies would be out of business.

Patrick Holford, the nutritionist, therapist and columnist in NPN, has just released a compelling rap called ‘Big Pharma Man: it’s a grand scam – he don’t give a damn’. It describes the criminality, fines, fraudulent research and cover-ups that have led to millions of lives being ruined by drugs that don’t work and are addictive. Just Google ‘Drug rap Patrick Holford’ and enjoy.

President Trump didn’t get any money from Big Pharma to get elected and so he has dared to say he’ll take action to deal with America’s opioid epidemic, where four out of five heroin addicts started on prescription opiods; drugs that are more addictive, expensive and dangerous than heroin. Meanwhile, Americans will continue to die at a rate of more than 1,000 a week from opioid overdoses. The makers of the drugs keep a database of doctors. Special attention goes to the ones who run ‘pill mills’, dispensing drugs at huge profit for themselves. These are doctors who swore the Hippocratic Oath: first do no harm. Hah! When Purdue, manufacturers of the opiod medication, ended up in court it paid $600 million in fines, and the executives who were found guilty of the criminal charge of selling OxyContin ‘with the intent to defraud or mislead’ paid $35 million. If someone sold $50 worth of heroin they would go to jail for a few years. These pharma guys get off light; the fines are insignificant compared to the billions of dollars they continue to make.

Is it any wonder that I haven’t been to a doctor since 1965? I just say no to prescription drugs. 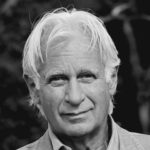