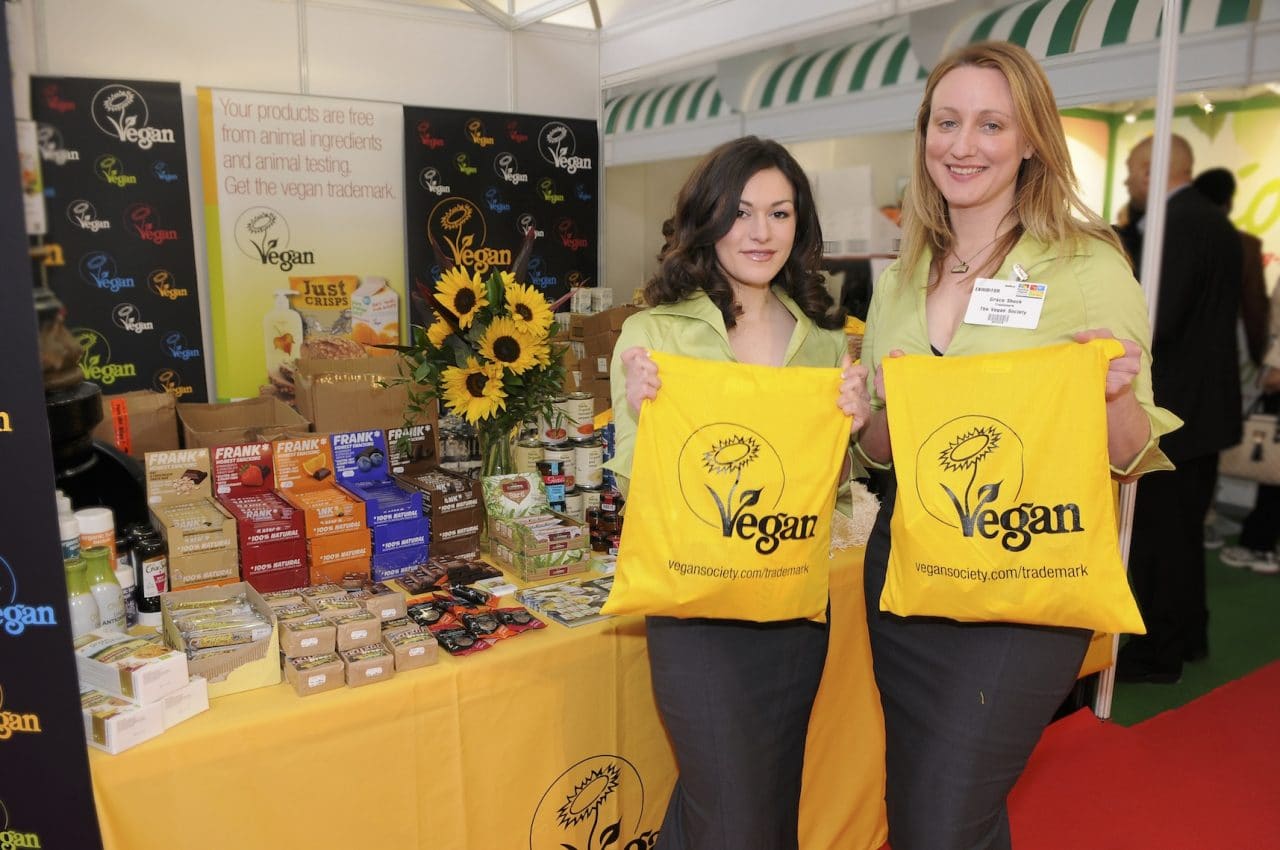 With so many famous faces now adopting the vegan diet, the number of consumers developing a healthy appetite for vegan food is booming. As a result, the number of companies now registered with the International Vegan Trademark at this year’s Natural & Organic Products Europe Show (NOPE) has shot up by a staggering 65%.

“Last year’s response to apply for the International Vegan Trademark has been Phenomenal,” says The Vegan Society’s Business Development Manager, George Gill. “When we launched our Vegan Pavilion at the Natural & Organic Products Europe in 2012 we had 40 Registered Trademark holders exhibiting with us. This year there has been a 65% increase with new and  existing clients.”

The Society’s newly expanded Vegan Pavilion demonstrates to companies wanting to be major players that they cannot afford to ignore the vegan sector. It says that the most reliable way to put a vegan product on the market is to stamp it with the internationally recognised Vegan Trademark from The Vegan Society. With over 545 companies and 16,000 products currently registered, the trademark team have worked with more businesses than any other vegan registration body in the world.

This year is the Vegan Society’s 70th Anniversary as the original and largest Vegan Society in the world, famous for coining the term ‘vegan’. 2014 has also been widely touted by the media as the year veganism goes mainstream. Searches for the word ‘vegan’ on Google shot up by 30% in January this year, with new vegans taking their inspiration from celebrities like Beyonce and Jay-Z – who have been dabbling in the vegan diet – as well as full-time vegans like Oscar-winner James Cameron, former US president Bill Clinton, Former US Vice President and environmentalist Al Gore and The Vegan Society’s own famous ambassador, actress Roxy Shahidi.

• To find out more about increasing your sales in the burgeoning vegan market go along to stand 8080D at the Natural & Organic Products Europe Show (13-14 April, Olympia, London) or visit www.vegansociety.com.