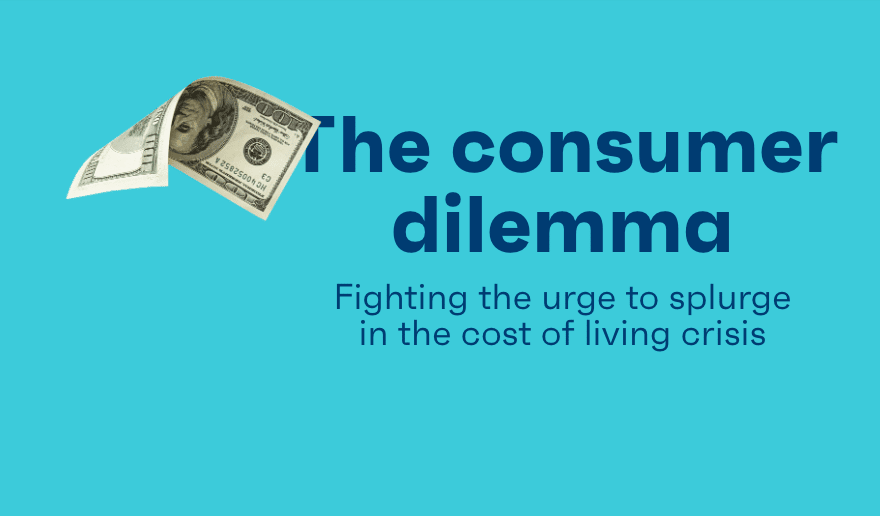 New data from audience insights firm GWI indicates that for almost half (48%) of UK consumers cost is becoming a barrier to buying eco-friendly products as inflation soars.

With inflation hitting a 40-year high the findings show that ‘otherwise ethical consumers are starting to feel the bite’.

The Consumer Dilemma drills down on how consumers are feeling about rising costs and finds that the cost of living crisis is forcing people to ‘choose between luxuries and survival’, with 44% spending less than they were in 2020. 30% of respondents reported that rising inflation has left them feeling insecure about their financial positions and 62% said it has had a moderate/dramatic impact on their households. The majority (90%) have noticed the cost of living is more expensive than six months ago.

The data shows lifestyle changes being made across the board: 34% of higher earners and 47% of those in lower income brackets are cutting back on their spending; consumers are using less energy at home (52%); people are walking and cycling more (44%); and many are increasingly preparing meals at home (41%).

While a decreasing reliance on fuel-operated vehicles and gas appliances in the home have a positive effect on the planet, the report warns that ‘sustainability may suffer’ due to these measures being ‘short-lived’. “Despite the emphasis on sustainability and ethical business in recent years, the most important factor when contemplating a sustainable purchase may actually be cost.”

When respondents were asked about the barriers to living a more environmentally-friendly lifestyle, the cost of eco-alternatives was revealed as the main hurdle to ‘going green’ (48%). “Just a fifth of UK consumers said they buy sustainable clothing or plan to change to green energy providers, which could be down to the idea that they’re likely to cost more. As pressure mounts on people in the UK to stretch their budgets to cover increasing living costs, there’s no doubt that buying behaviour will continue to be impacted – we could see sustainability become a luxury rather than an ethical choice,” the report warns.

Jason Mander, chief research officer at GWI, comments: “Our data paints a wider trend of cutting back on costs amid the rising cost of living – which we can expect to be felt by more people as COVID-19 savings start to dwindle. Even though many may feel that they are not yet at a crunch point regarding finances, the consumer dilemma is starting to make itself known and there are choices being made throughout the purchase cycle, even for those who are feeling relatively comfortable. Early casualties are luxury items and ‘treats’ … but we’re already seeing concerns over the cost of what are, for some, unavoidable purchases. It’s becoming increasingly crucial for companies to understand the daily choices that consumers are having to make.”