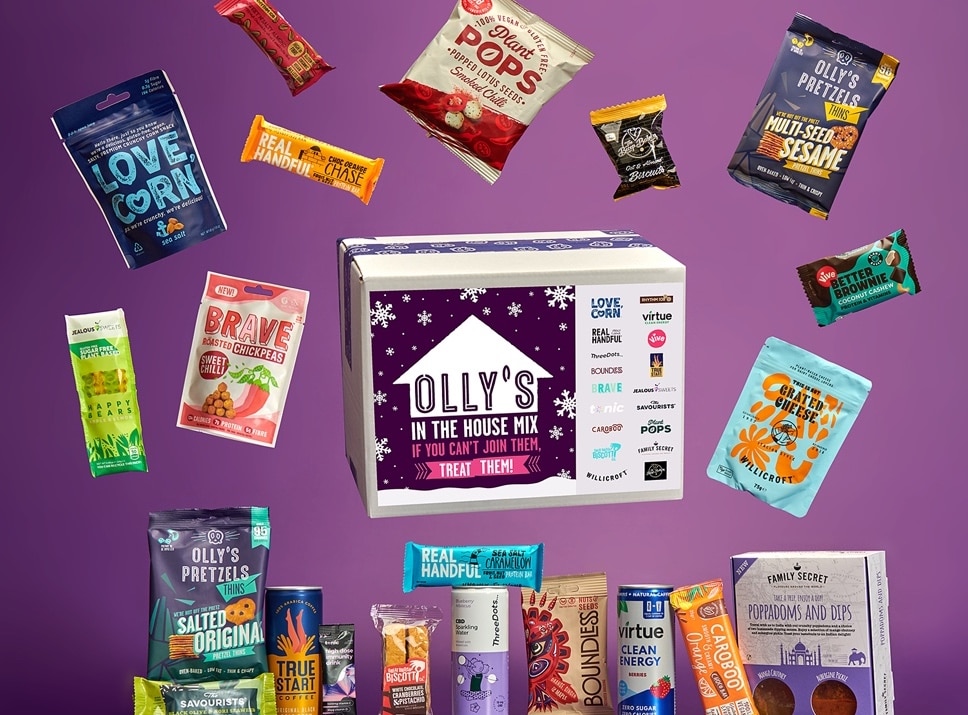 Olly’s is donating a free school meal to children in poverty for each one of its ‘In The House Mix’ festive gift boxes ordered. The boxes feature products from 20 start-up brands.

Erbology has launched its new Organic Ceremonial Grade Matcha green tea. Sourced from just outside Kyoto, Japan, it is gently stone-ground to preserve its nutrients and is described as having a naturally sweet, rich and creamy flavour.

The winner of the Best Overall Free From Skincare Gift at the inaugural Free From Gift Awards was No Secrets with its Home Spa gift set.

Organic baby food band Piccolo is donating to charities Fare Share, The Felix Project and City Harvest this Christmas. 10,000 baby meals and snacks will be distributed to cities across the country, including London, Newcastle and Ipswich.

Kendamil scooped Gold at the Mother & Baby awards in the Best Product for Bottle Feeding category with its First Infant Milk.

Tideford Organics has strengthened its senior management team: Shaun Webber has been promoted to general manager and Rebecca Hornabrook has been appointed head of technical and development.

Danone Waters, whose brands include Evian and Volvic, has secured B Corp accreditation.

Keto snacking brand Adonis has had a complete overhaul of its branding, packaging and messaging, and gained a listing at the checkout aisle in Sainsbury’s.

Made for Drink has unveiled bespoke flow-wrap pouches for retail, along with a new identity and an extra 30% of free product at no extra cost to trade or end consumers.

Snack brand Cheeky P’s has rebranded its range of flavoured crunchy chickpeas and has had its Kickin’ Curry and Lip-smackin’ Cheese varieties listed in the Sainsbury’s Taste of the Future trial bay in selected stores and online.

JARR’s Ginger and Passion Fruit Kombuchas will be available on Ocado from 1 January 2021.

Organic, plant-based children’s brand Mia & Ben has rolled out its new branding to Sainsbury’s, Abel & Cole, Ocado as well as its new webstore.