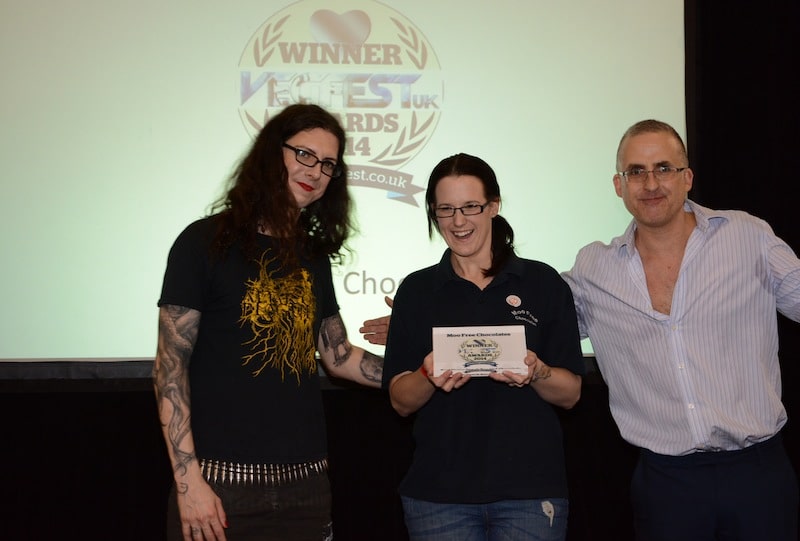 Winners of this year’s VegfestUK Awards were announced at VegfestUK at Olympia West in September and presented by comedian Andrew O’Neill.

Launched in 2007, the VegfestUK 2014 awards consist of 14 different categories with ten nominees for each category. The awards celebrate the very best of the vegan lifestyle, from food, bodycare, publications, to celebrities, accommodation and bloggers.

This year’s awards attracted over 12,000 people who cast their votes, along with and tens of thousands of Facebook posts and Tweets.

Here are some of this year’s winners: