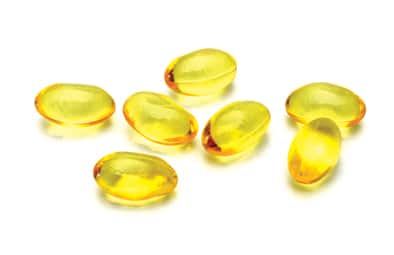 A study published in the Journal of the American Medical Association has found that high doses of vitamin E taken daily may assist in slowing down the onset of dementia in those with mild to moderate Alzheimer’s disease.

The study – Effect of Vitamin E and Memantine on Functional Decline in Alzheimer Disease – analyzed data from 613 patients with mild to moderate Alzheimer’s who took part in a placebo-controlled, double-blind clinical trial from 2007 to 2012.

Participants received either 2,000IU/d of alpha tocopherol, 20mg/d of memantine, a combination of the two, or a placebo. While no significant differences were seen in the groups receiving memantine or the combination, cognitive decline was reduced by 19% per year in those who consumed the vitamin E. In addition, these participants required, on average, two hours less time with a carer each day.

With regard to any potential risk of taking large doses of vitamin E, the study’s authors stated: “In contrast to the conclusion drawn from a 2005 meta-analysis of vitamin E, which showed that high-dose vitamin E (≥400 IU/d) may increase the risk of all-cause mortality, we found no significant increase in mortality with vitamin E.”

Duffy MacKay, vice president, scientific and regulatory affairs, at the Council for Responsible Nutrition, commented on the findings: “This study is significant as it presents strong data on the safety of vitamin E, at high doses, and dismisses previous questions raised about the safety of this essential nutrient. This new study demonstrates that scientists seeking to slam the door on vitamins, and new vitamin research, are the antithesis of what science is all about.”

However, Dr Doug Brown, director of research and development at the Alzheimer’s Society, said: “While this study into the link between vitamin E intake and reduction in functional decline is of interest, it is by no means conclusive. More research is needed to see if vitamin E really does have benefits for people with dementia, and whether it would be safe to be taking such a high dose on a daily basis.”