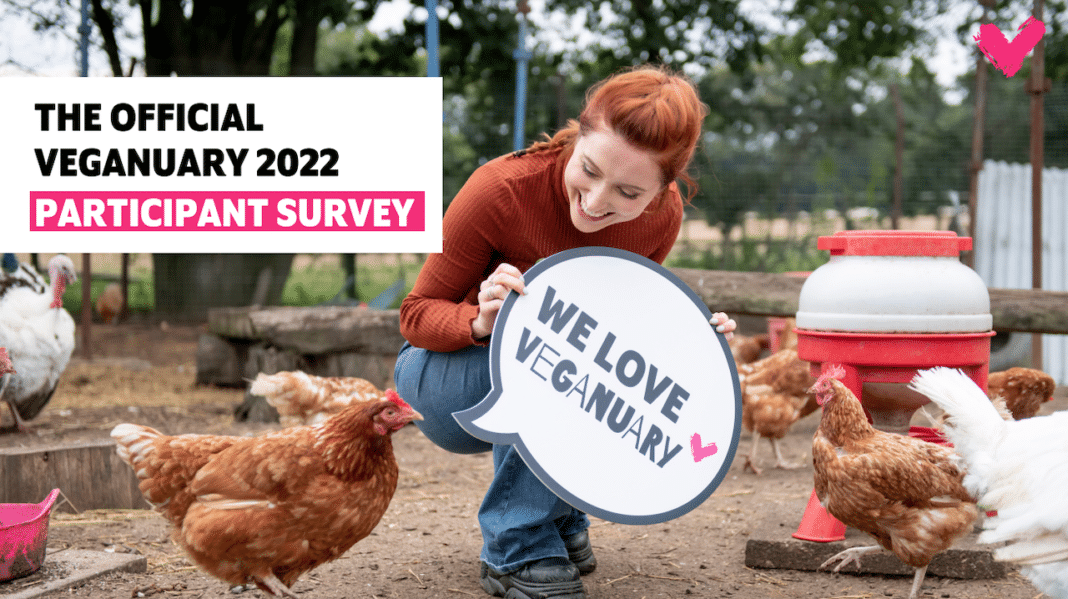 Following its most successful campaign yet, Veganuary has shared the results of its latest participant survey, in which it reveals that 83% of sign-ups are planning permanent dietary changes.

The survey shows that of the 629,000 people who took part this year, 83% of those who were not already vegan will now either stay vegan or halve their intake of animal products.

Almost half of the participants (44%) gave animal welfare as their number one motivation for signing up; 21% cited personal health as their primary reason; the environment was listed by 19%; curiosity prompted 7% to take part; 5% did it for ‘global health’; and just 2% were influenced by a friend or family member.

Before Veganuary, 51% of the database fell into the meat- and/or fish-eating category; a further 32% self-identified as vegetarian and 17% were already vegan. By the end of the month-long pledge 36% of those who had not planned to stay vegan once the challenge was over changed their minds and converted to a purely plant-based diet.

Overall, 83% committed to significantly reducing their intake of meat, fish and dairy products, or to becoming a full-time vegan.

Taking part leads to lasting diet change for most participants

For those staying vegan, a common reason (25%) was that they had learned more about veganism. For 20% of participants, the challenge has been easier than expected. 49% of people reported increases in energy, 48% noticed improved mood, 39% cited better skin and 37% saw desired changes in body weight.

An overwhelming 98% confirmed they would recommend Veganuary to family and friends.

Toni Vernelli, international head of communications, comments: “These incredible results show that Veganuary is so much more than a one-month pledge as taking part leads to lasting diet change for most participants. With 83% of our 2022 participants planning to at least halve their intake of animal products permanently – including 36% who plan to stay fully vegan – Veganuary really is driving positive change for the planet, people and animals.

“We work very hard to equip our participants with as much useful advice, delicious recipes and friendly support as possible, so it’s very rewarding to know that 98% would recommend Veganuary to others. This figure has been consistent for several years, demonstrating the value of Veganuary’s work in making plant-based eating easy and accessible for everyone.”

The full report is available here.