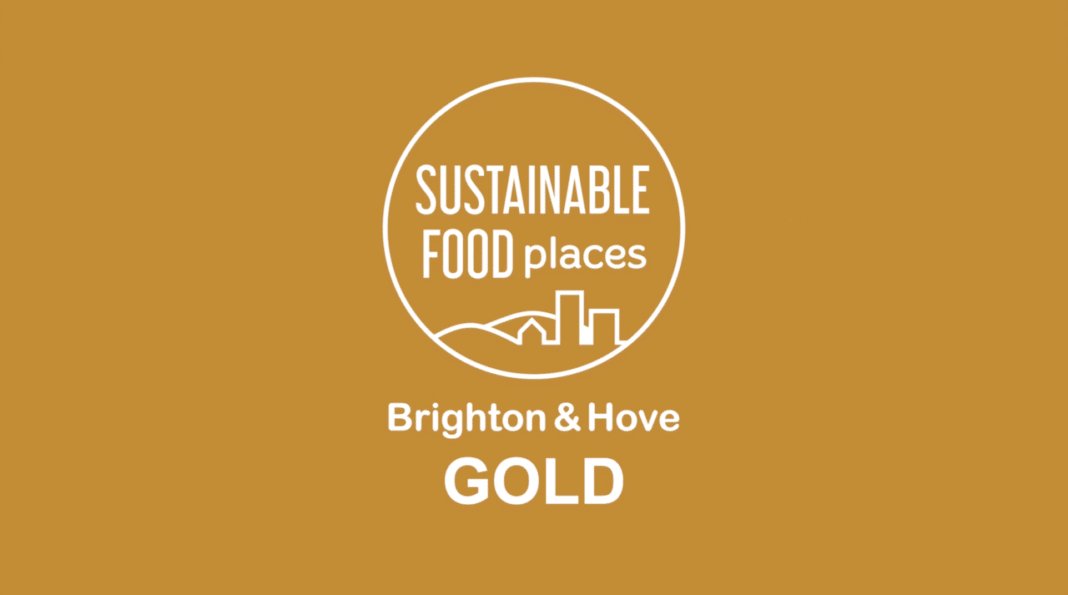 The SFPN designed the award to celebrate ‘the success of those places taking a joined up, holistic approach to food and that are achieving significant positive change on a range of key food issues’. Connecting local authorities, charities, businesses and community groups, the network is using food partnerships to tackle some of society’s biggest economic, social and environmental issues: food poverty, obesity, the ‘decay of our high streets’ and the impact of climate change, biodiversity loss, pollution and waste.

As the first UK city to create a citywide food strategy in which food growing is written into the planning guidelines for new residential developments, Brighton & Hove is also the first city to demand that all Council food procurement meets ‘minimum health and sustainability standards’.

Tom Andrews of SFPN – an alliance between the Soil Association, Food Matters and Sustain – says: “It’s amazing to present this award to Brighton and Hove, recognizing the extraordinary innovation and effort to change attitudes and perceptions about food and create a more sustainable food system.

“The COVID-19 pandemic has shown just how important it is that people have healthy diets and can access affordable, healthy and sustainable food no matter who they are or where they live. But the pandemic has also shown just how resilient communities can be when they work together to help those most in need, and nowhere more so than Brighton & Hove.”

Andrews adds that through its win, the city has shown ‘what is possible in transforming a local food system for the better’. “Recognizing that food is not only at the heart of some of today’s greatest challenges but is also a vital part of the solution, Brighton & Hove Partnership are leading a vanguard of more than 50 pioneering local food partnerships and creating one of the fastest growing social movements in the UK today.” 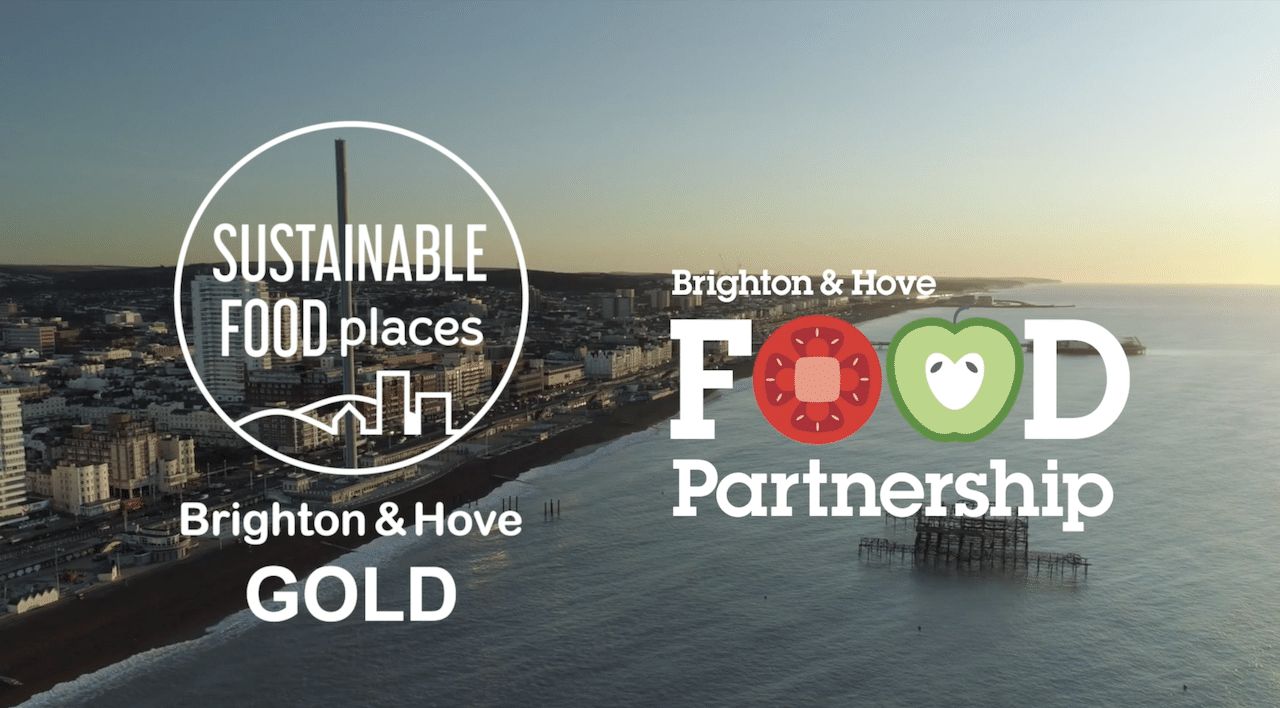 The issue of tackling food poverty and inequality has been central to the city’s efforts. A survey revealing that one in five local residents did not have enough money to meet their basic living costs was the catalyst for Brighton & Hove Food Partnership back in 2012; an Emergency Food Network was established and food poverty became ‘a galvanizing focus’ of the 2015-18 Food Poverty Action Plan.

Fast-forward to 2020, and when the pandemic hit the partnership launched a ‘Hungry at Home’ fundraising appeal. The network coordinated a citywide emergency food response, signposting residents in need and creating a central food processing hub where surplus and wholesale food could be organized and distributed by volunteers to meal projects and food banks across Brighton & Hove. The network says local businesses, resident and mutual aid groups ‘stepped in to ensure an unprecedented response’.

Vic Borrill, Brighton & Hove Food Partnership director, comments; “We have coordinated this bid, but the activities and achievements in it are not ours alone – they belong [to] the whole city and beyond. Food has never been so important. It is a lens for understanding the most complex problems. It has the power to bring people together and changes lives. The approach brought together businesses, community and voluntary groups, local authority departments and individuals across the city. Because of our collaborative approach Brighton & Hove is one of the few areas of the UK bucking the trend on childhood obesity … and has tripled the number of community gardens.”

Hugh Fearnley-Whittingstall, chef, food writer and campaigner, says the city has ‘raised the bar’. “The word ‘crisis’ has been bandied around a lot in the last year – and not without good reason. Health crisis, a looming economic crisis and a climate and biodiversity crisis. They are all linked of course, and the solutions are linked too. We need to move to a food and farming system that is good for people and good for the planet. One that values a huge variety of whole foods – mainly plants – above the endless industrial processing of a small number of industrially farmed crops: wheat, maize, rice and soya, for example, and meat farmed on such a scale that it devours a third of the world’s cereal crops.

“Such a transition requires urgent and radical action at both a national and local level, by governments, by businesses, and by communities. As the first UK city to achieve the Sustainable Food Places Gold Award, Brighton & Hove have raised the bar. They have hugely improved access to affordable good food and nurtured a food system that promotes people’s health and livelihoods while protecting the local and global environment. Their work across the city, led by the Brighton & Hove Partnership, is a massive achievement and a model of effective collaboration that I hope every place in the UK will adopt. I salute them and congratulate them on this well-deserved award.”