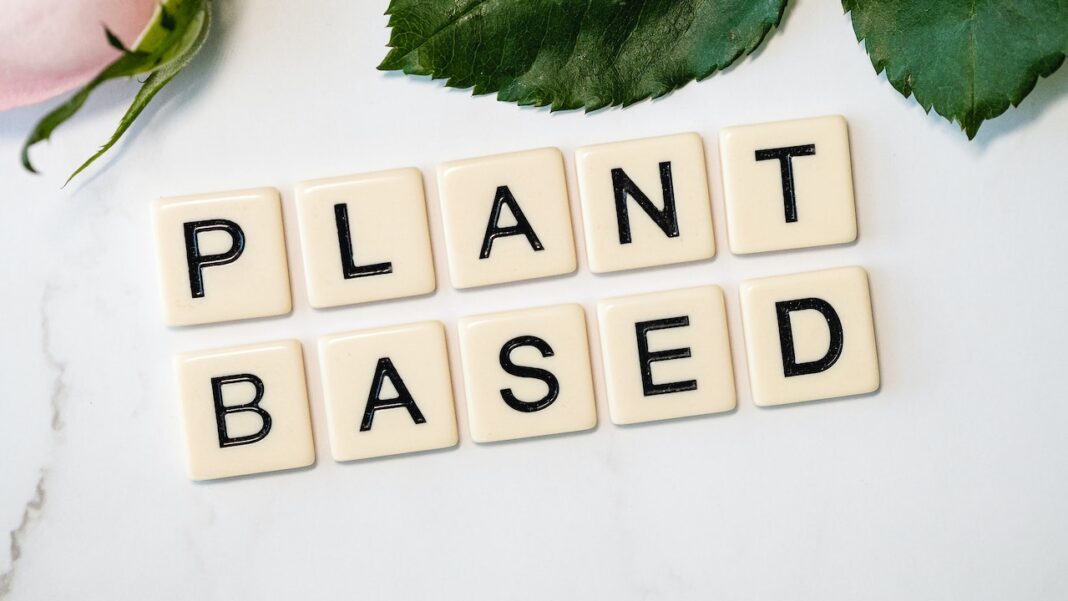 As the year draws to a close, ProVeg International has published its top meat-free moments from 2020, calling the plant-based sector pandemic-proof.

“2020 was a defining year for the plant-based sector,” the organization says of the ‘pandemic-proof’ industry. “Despite the disruption and uncertainty wreaked by the pandemic, consumer demand, investor interest and activity around new product development soared to new heights. While many other food sectors had to batten down the hatches, the plant-based sector charged ahead with enterprising partnerships, ambitious merger and acquisition deals, new production facilities and scores of eye-catching product launches.

“It’s no accident that this was the year that many giants of the traditional food industry chose to get serious about the plant-based sector,” comments Jasmijn de Boo, vice president at ProVeg International. “Any notion that plant-based might be a flash in the pan, or a fad that consumers would turn their backs on the minute the going gets tough, has been put firmly to bed by the events of the past 12 months.”

According to ProVeg, the ten foodie highlights listed below ‘tell the story of this dynamic, innovative sector’ and how it thrived during a year of unprecedented challenges.

“When is a burger not a burger? Does a steak, by definition, have to be meat-based? And can a plant-based sausage legitimately be called ‘sausage’? An amendment proposed by the European Parliament to ban terms like ‘veggie burgers’ and ‘yoghurt alternative’ was put to a vote this year. Thanks to concerted efforts by ProVeg, however, MEPs decided to back the shift to plant-based eating and voted against a proposed ban. It’s an important decision that protects the future of the plant-based sector and ensures that European consumers can continue to shop for meat alternatives with packaging and marketing that use intuitive, everyday language.

On the dairy side, however, the battle continues. Despite voting against the ‘veggie burger ban’, MEPs voted in favour of further restrictions on terms for dairy alternatives. All eyes are now on the EU’s national governments, which will have a chance to oppose the new restrictions during negotiations over the Common Agriculture Policy, in early 2021.”

“We’re lovin’ it: the world’s largest fast-food chain is finally beginning to embrace all things plant-based. After tests in several markets, McDonald’s revealed in November that it plans to roll out a plant-based burger in 2021. Additional plant-based items, including chicken alternatives, could follow.

“Given McDonald’s unique reach and global footprint, the McPlant launch has the potential to dramatically increase the availability of affordable plant-based options to consumers around the world.

“Other fast-food chains also got serious about the plant-based sector in 2020. Burger King teamed up with Unilever’s Vegetarian Butcher brand to launch a plant-based Rebel Whopper in the UK as well as plant-based patties and nuggets in the Netherlands and Germany. KFC Canada made its plant-based chicken sandwich a permanent item on the menu, while Pizza Hut started trialling plant-based toppings.”

“The pandemic was a landmark moment for the plant-based sector. With health, obesity and sustainability in the spotlight, and well-documented coronavirus outbreaks taking place in meat factories, consumer interest in plant-based options accelerated.

“Unsurprisingly, investor interest also accelerated, allowing Impossible Foods to raise a staggering $500 million in March – in the midst of the coronavirus crisis – in order to speed up its growth plans and boost distribution.

“Impossible Foods wasn’t alone, however. Across the sector, venture investments in plant-based protein hit $1.1 billion in the six months to June alone, making 2020 a watershed year for plant-based market capitalization, according to figures from investor network FAIRR.”

“In November, Unilever committed to a sales target of €1 billion by 2027, representing a five-fold increase over the next seven years.

“Unilever was just one of several FMCG giants to set ambitious targets for plant-based sales. In September, Tesco revealed plans to increase sales of meat alternatives by 300% by 2025. The retailer also pledged to improve the affordability of plant-based options.

In Germany, leading supplier Rügenwalder Mühle upped its commitment to local sourcing, with plans to cover 10% of its total soya requirements with German-grown soya in 2021. The company also reported a 50% increase in sales of its plant-based products during the first half of 2020.”

“Oats were the undisputed star of the plant-based sector in 2020. Thanks to its long shelf life and no need for refrigeration, oat milk became a firm favourite with shoppers during the pandemic. In the US, demand for oat milk was so high in the early days of the outbreak that it outpaced demand for hand sanitizer. By October, oats had overtaken soya to become the number two ingredient in US dairy alternatives (leaving almond milk in the number-one spot).

“Oat-based products also boomed elsewhere: Oatly set up operations in Singapore to cater to growing demand in Asia, while retail sales of oat-based products in the UK nearly doubled year-on-year. Oats also featured in scores of new product launches, with Califia, Arla,Starbucks and Nestlé among the brands to expand their ranges with new oat-based options this year.”

“2020 was the year that some of the world’s biggest confectionery players started paying serious attention to the plant-based sector.

“Even Cadbury’s iconic Dairy Milk brand got in on the act, with reports emerging in February that the company was working on a plant-based version. Although a launch doesn’t appear to be imminent, the fact that one of the world’s most popular chocolate brands – one with the name ‘dairy’ in its name – is seriously exploring plant-based options shows just how much consumer interest in plant-based confectionery has accelerated.”

“Cultured meat also made massive strides in 2020. The year started with a bang: in January, Memphis Meats secured $161 million in its biggest-ever funding round. The funding will help the company build a production facility, paving the way for a commercial rollout.

“In June, KFC announced a partnership with a Russian 3D-bioprinting firm to create cultured chicken nuggets; and in November Israel’s SuperMeat opened The Chicken, a restaurant in Tel Aviv that serves cultured-chicken products to diners.

“The market for precision fermentation also made significant progress. In April, US start-up Perfect Day secured a valuable ‘no objections’ letter from the Food and Drug Administration (FDA), confirming its GRAS (generally recognized as safe) status. The company subsequently secured $300 million in funding.”

“In the wake of the pandemic, demand for plant-based products in China has soared. Beyond Meat was quick to respond, announcing plans to build a new production facility near Shanghai. The investment marks the company’s biggest push into China to date, with production to commence in early 2021.

“It’s not hard to see why global companies like Beyond Meat want to expand their footprint in China. The country accounts for 27% of the world’s meat consumption, according to Bloomberg, so the potential for meat alternatives is huge.

“As such, local players are already ramping up their efforts. In April, Chinese food-tech company Starfield partnered with six restaurant chains. In September Green Monday Holdings, the company behind pork-alternative OmniPork, secured $70 million in order to expand its plant-based portfolio, while Dao Foods International plans to invest in 30 start-ups in order to accelerate China’s plant-based sector.”

“It wasn’t all good news for plant-based in 2020. As sales and investment increased, so did criticism. Notably, US lobbying organization The Center for Consumer Freedom ran an ad during this year’s Super Bowl, attacking the use of ‘ultra-processed’ ingredients such as methylcellulose in some plant-based products. The organization had previously taken out ads in US newspapers warning consumers to avoid ‘fake meat’.

“The Super Bowl ad only ran regionally and was quickly debunked by companies such as Impossible Foods, but there’s every reason for the sector to take such attacks seriously. As the plant-based sector continues to grow, opposition, too, will grow louder – and ingredients lists are an easy target. This is one battle that’s only just beginning to heat up.”

“The meteoric rise of new plant-based collective The LiveKindly Co. shows just how quickly the plant-based market moved in 2020.

“Created by a group of food industry heavyweights and backed by $200 million in funding, the new collective has built a high-growth plant-based portfolio at breakneck speed. It acquired digital-media company LiveKindly (which also gave the new group its name), along with German meat-alternative brand LikeMeat and South African brand The Fry Family Food Co, as well as taking a stake in pea-protein manufacturer Puris. The acquisition of Swedish plant-based meat brand Oumph! followed in June.

“And LiveKindly Co. isn’t stopping there. In October, the collective raised an additional $135 million to accelerate the expansion of its portfolio. It also struck a high-profile joint venture with German poultry producer PHW, under the brand name Green Meadows, which will handle production and distribution for LiveKindly products in Europe.”