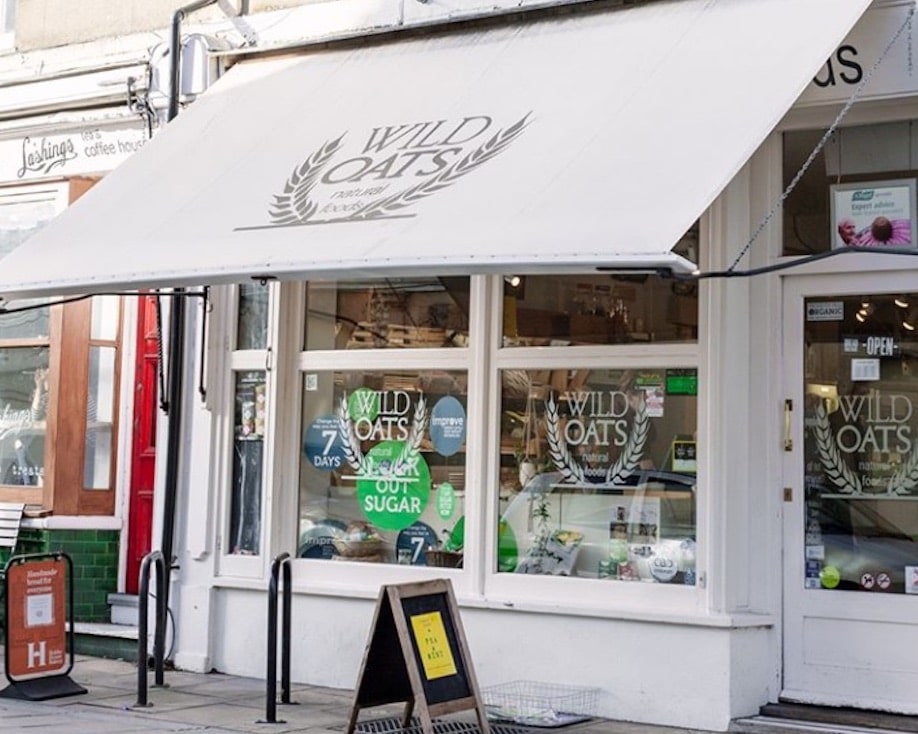 Regarded as a Bristol institution and a pioneer in its field, independent health store and community health hub Wild Oats Natural Foods is celebrating its landmark 40th birthday.

In 1980, fuelled by a desire to make a living in a sustainable and environmentally sound way, Mike and Loes Abrahams took over a small health store in Bristol which has grown to become a vital part of the local community, running numerous talks and workshops about health and natural medicine and helping local suppliers and businesses grow beyond the local area.

“So much has happened in the field of seeking natural health over the last 40 years,” says Mike. “In 1981 we were introducing whole grains, pulses, fermented foods, tamari, miso and seaweeds, together with zero-waste self-service bins to an unsuspecting public.

“In 1987 we were using the first epos systems, lobbying manufacturers to add barcodes to their products (so much resistance in those days) and trying to persuade suppliers to harmonize their ordering protocols to simplify automated ordering. We also switched into the alien world of natural medicines and food supplements, having observed how nutritionally depleted modern foods were and how depleted the national diet was.

“Then in the 90s we became embroiled in the fight to retain our access to natural medicines and food supplements as legislation began to remove our access to perfectly safe products on the grounds of ‘harmonization’. Then along came the ongoing battle for organic and GMO-free foods.

Wild Oats still maintains the same original ethos and aims to help the community by offering free dietary and nutritional advice that gives people the power to take responsibility for their own health.

During COVID-19, the store set up a local delivery and collection service to ensure those unable to go directly to store could still access essentials, as well as a revamped e-commerce site to serve those further afield.

Mike has now taken a step back so he can enjoy retirement and has passed on the baton to a new management team made up of a new company director and three long-standing Wild Oats team members who have decade’s of experience working for the store.

“Now, as we celebrate our 40th anniversary I hand over the reins to a younger team that faces new challenges that will no doubt keep their wits sharpened. But we’ve got plenty of experience behind us in providing healthy foods and free expert advice to customers eager to explore healthier lifestyles in an increasingly information fogged world.”